Finally, a film festival you can eat 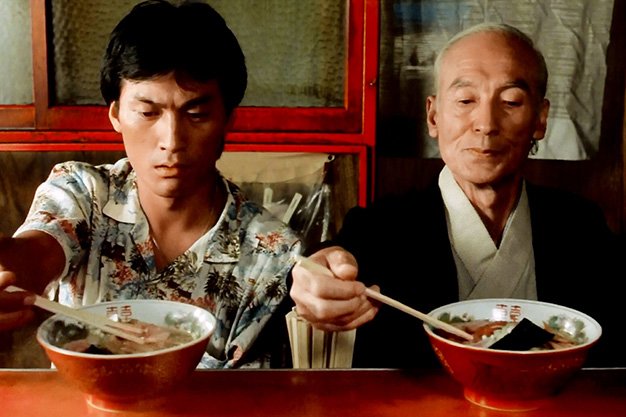 The slate of food-centric films at Eatable includes Tampopo

What is it about great food TV and film that’s so transfixing? You’d think Jiro Dreams Of Sushi or Mind Of A Chef (or, um, Diners, Drive-Ins and Dives) wouldn’t be nearly as compelling without actually being able to smell or taste any of the dishes you’re watching chefs elegantly coax into existence. Looks like a brand-new film fest has decided to bridge that gap: Eatable Films is set to showcase food-focused movies from around the world, paired with snacks and dinners from some prominent Toronto chefs.

The event kicks off October 4 with the pairing of Sherry and the Mystery of Palo Cortado, a Spanish documentary making its Canadian debut, and Bar Isabel / Bar Raval’s Grant Van Gameren. The chef will be offering pintxos and sherry cocktails during two screenings (3 pm and 6:30 pm) at the Royal Cinema, with optional tickets available for a five-course sherry pairing dinner at Isabel afterward.

Next up on October 5 is the Toronto premiere of Sergio Herman, Fucking Perfect, a portrait of the titular Michelin 3-star chef (he doggedly pushes himself to master his craft, his personal life suffers, you know the drill). Accompanying the 7 pm screening: food by Brandon Olsen (formerly of Bar Isabel), who will present his take on the “perfect bite”, plus some movie concession-stand eats.

Finally, there’s Tampopo, a cult-hit “ramen Western” comedy, which gets an edible background courtesy of Oddseoul and Hanmoto’s Leemo Han. During the screening at the Great Hall, izakaya-style eats will be available afterward, they’ll be doing (what else?) ramen.

Tickets are available at $50, $120 and $200 levels, depending on the food component. Visit the Eatable Films website to learn more.