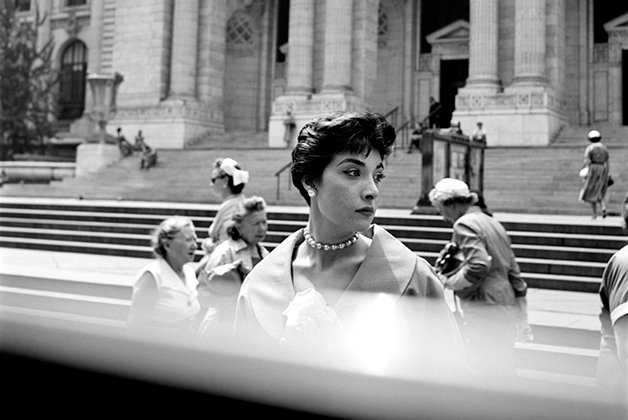 Like the reporter in Citizen Kane piecing together the mystery of “Rosebud,” John Maloof sifts through the 100,000 photographs shot by nanny and compulsive hoarder Vivian Maier to construct a compelling portrait of an important artist who never exhibited in her own lifetime.

Maier, who died in 2009 at 83, was unknown to the world until Maloof happened to acquire her negatives at auction in Chicago. Her raw, poetic street photography featured classical compositions of everyday folk who often didn’t know they were on camera. Maier was also an early master of the selfie.

Maloof and co-director Charlie Siskel look at the photographs not just as art but as bread crumbs leading them to an enigmatic personality. They also interview the people who employed and (barely) knew Maier in an attempt to fill in the gaps.

As both narrator and curator, Maloof never lets his own obsessive search get in the way of his subject. He’s an effective guide through the contradictory information he digs up. Some describe Maier as a sort of Mary Poppins, while others report a nastier side that included physical abuse. The biggest mystery is why she took so many photos and yet hid them from sight, without developing most of her negatives. Even Maier saw very little of her own work.

This consistently intriguing doc reveals a woman who was eccentric, abrasive and soulful. Maier may still be an enigma, but those riddles have now been turned into a fascinating picture.