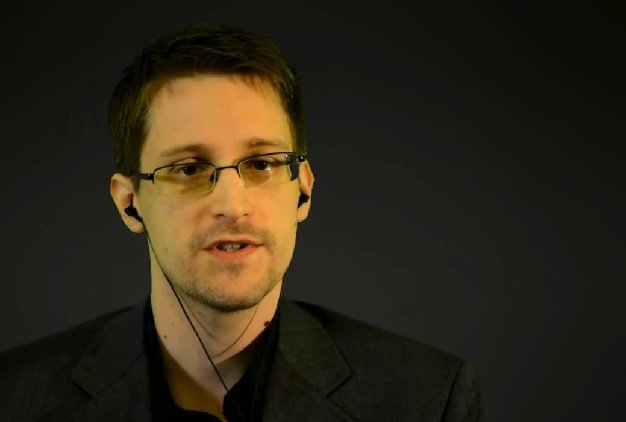 CBC Radios Anna Maria Tremonti hosted a live Q&A with National Security Agency whistleblower Edward Snowden at Ryerson this afternoon to coincide with the release of the Snowden Archive, a database of classified documents on global surveillance programs that have been made publicly available by Snowden since 2013 and will now form a part of a comprehensive digital file through a partnership between Canadian Journalists for Free Expression and the University of Toronto Faculty of Information. Snowden, who was conferenced in from Russia where he has been in temporary asylum, covered a host of topics, including the Harper governments proposed anti-terrorism Bill C-51. Here are five takeaways from the discussion.

1. Bill C-51 is nothing more than fear-mongering.

Snowden says the Harper governments anti-terrorism bill is a case of the government piggybacking on recent global events as a way to justify increased mass surveillance. Canadian intelligence agencies have some of the weakest oversight in the first world, Snowden notes, and Bill C-51 would only serve to shroud more of these operations in secrecy. More people are killed by lightning strikes every year than domestic terrorism, he said. Bill C-51 is just Canadas version of the Patriot Act.

2. Mass surveillance wont do much to prevent domestic terrorism.

The French government knew the ideological lean of the men who committed the Charlie Hebdo attacks, Snowden says, but still nothing could be done to prevent the attack. He argues that the resources expended on mass surveillance programs would be better spent equipping law enforcement to better respond and prevent terror attacks.

3. There is too much data collection to be able to parse relevant communications when they happen.

When you collect everything about everybody, you dont really understand any of it, Snowden says. Besides, governments use this data to retroactively discover more about perpetrators and to aid in investigations. Weve been tapping phones for decades now. This is effective enough without having to watch all communications of every citizen.

As it stands, governments keep a closer eye on those who use encryption and other measures to secure the privacy of their communications. This poses a danger to those who require these techniques to safely communicate, such as citizens of oppressed countries and those whose communications could put them at risk. If people begin to use encryption for regular activities such as “phoning mom or ordering food,” looking for those using encryption will no longer be a viable tactic for intelligence agencies. “It will create a sort of herd immunity from this type of easy criterion being used to determine who to track,” says Snowden.

5. Freedom and liberty are worth the small risk of not being constantly watched.

I dont really trust devices anymore, Snowden said when asked how his communications have changed since leaking the documents. He knows that all of his communications are being watched, and that those watching him have the power to decipher even encrypted messages. If nation states build these resources and are left unchecked, ordinary people will begin to live in a world that more closely resembles mine. More powerful security legislation, such as Bill C-51, create the illusion that mass surveillance is required for our safety. Snowden believes this not to be the case. What defines the strength of our society is not the amount of power we can invest in secret agencies, but the strength and rigour of the law enforcement that we have already put in place and the willingness to stand up against that which is not in our best interests.