Ford Nation is back, and so are the fibs 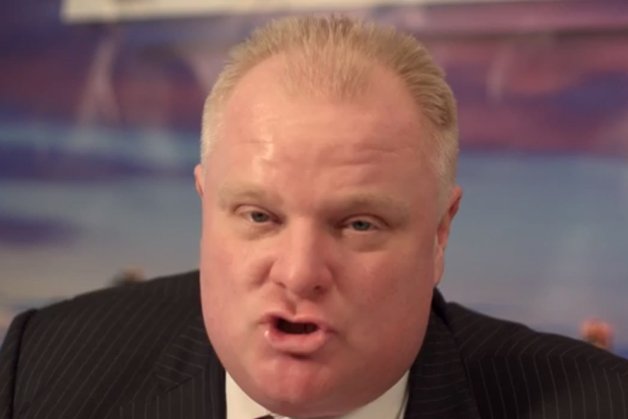 The Ford brothers were back with another round of YouTube videos on Tuesday, delivering their message to the public “directly and unfiltered” without the interference of the pesky media.

Unfortunately for the mayor and his brother, the media does have access to YouTube, so it’s still possible to fact check their statements. Not surprisingly, this week’s videos contained more than a few mistruths and obfuscations. Here’s our pick of the bunch:

1. “The first thing [John Tory] did when he got in at Queen’s Park was give everyone a 35 per cent pay increase”

Untrue. What the mayor is referring to is the controversial passage by Dalton McGuinty’s majority government of a 25 per cent pay raise for all MPPs in December 2006. The pay hike was first recommended by the integrity commissioner and Tory, who was elected as leader of the opposition Ontario PCs in March 2005, supported it.

Now, as opposition leader Tory never had the authority to “give” anyone a raise, it was 25 per cent instead of 35 per cent, and 21 months after being elected is not “first thing.” So that’s three lies in one sentence. It’s a gem of a fib really because Tory, whose nascent mayoral campaign to unseat Rob is attracting some major political players, is unlikely to clear it up. But in the event he would like to try and explain to voters that he only supported giving himself a 25 per cent raise, Ford would probably be happy to set up a podium.

Soknacki served as budget chief under Mayor Miller from December 2003 to November 2006. While it’s true that he relied more on debt to fund capital plans than the Ford administration has, Toronto’s budget has always included millions of dollars worth of debt. It’s the only way pay for expensive, long-term projects.

There are many ways to assess whether a city’s debt level is healthy, but a good one the credit rating given to the city by financial services companies. By that measure Soknacki rates as well as Ford. Toronto’s excellent AA rating from Standard and Poor’s has remained unchanged since 2002.

3. The Fords oppose revenue tools to pay for transit.

The best part of the new videos is when Rob attacks politicians who advocate for transit revenue tools. “Revenues tools, that’s what they talk about,” he says. “Revenue tools mean gas tax, tax, tax, tax!” and Doug gleefully joins him in chanting “Tax! Tax! Tax!” Doug goes on to call fellow councillors “yahoos,” and says the best way to fund transit lines is “you go out there, you get private sector funding… They refuse to do that.”

This old lie is has served them well, but if they’re repeating it at this point they must think nobody’s paying attention. In three years, neither Ford has put forward a plan to have the private sector pay for subways. Instead, both voted last fall to build the Scarborough subway extension with a 30-year property tax increase of 1.6 per cent. Not only is that a revenue tool, but it’s also a species that both Fords specifically voted against back in May when it wasn’t attached to their impractical but politically valuable Scarborough project.

Everyone else deserves to be canned because, he says, “these people have gone out of their way to, I personally think, ruin Toronto, increase taxes, strip me of my powers.” But it looks like only the last part is true. The Favoured Five does not include Mike Del Grande, the budget chief whose three successive budgets laid the groundwork for Rob’s 2014 campaign, nor the likes of conservative foot soldier Mark Grimes.

The only thing that Rob’s five chosen councillors have in common is that they were the only ones who didn’t vote to revoke his authority in November. That makes the mayor’s apparent intention of running a slate of Ford Nation candidates against a majority of council look a lot less like “respect for taxpayers” and more like political retribution.

5. “Our Canadian flag should be up there, not the Pride flag.”

Rob says he’s not a homophobe and he just wants to support our Olympic athletes by taking the rainbow flag off City Hall’s ceremonial flagpole and flying the national colours instead. It might have been possible to have a rational debate about this if a) there was only one flagpole in the whole city and b) Rob or anyone else had ever intended to raise the maple leaf at the start of the Olympics in the first place.

But seeing as there is a massive Canadian flag currently flapping above Nathan Phillips Square, and it didn’t occur to anyone to mark the Sochi Games by adding another one on the ceremonial pole until after the LGBT symbol was raised there, the mayor’s inflamed patriotism seems disingenuous at best.