Five ways to get your Pan Am Games face on

Free events that will help you forget the impending traffic headaches 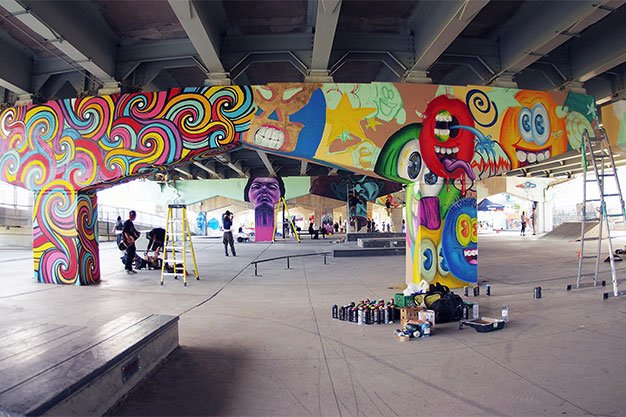 At 84 kilometres, the longest – if not the largest – outdoor art gallery on the planet melds the power of art with sports (and nature). It’s been wending its way through the city since its official opening in mid-May. On June 27, it hit the opening of Sportsmanship Under Surveillance, the inaugural show at Toronto’s first gallery dedicated to Latin American art (Sur Gallery, 39 Queens Quay East). Next stop: the Singing River installation by Urbanvessel and Montreal artist Roadsworth that “renews our relationship with the river” through street art, dance, music and storytelling, Saturday and Sunday (July 4 and 5) at Todmorden Mills (67 Pottery). panampath.org. 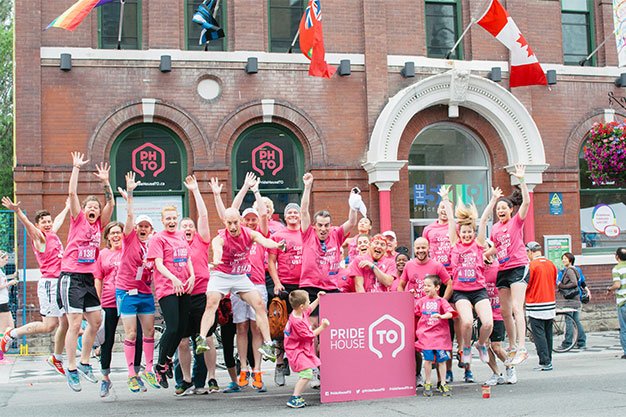 PrideHouseTO, the one-stop hub for all things LGBTQ during the Games, has set a lofty goal for itself: to make the Toronto 2015 Games the most inclusive large-scale sporting event in history. Hence its motto: “a place for all in sport.” Inspired by PrideHouses during the Vancouver and London Olympics, the space was quick out of the blocks with programming to tackle issues of homophobia and transphobia in sport, as well as human rights in the Americas. What is sport if not political? From July 13 to 15, PrideHouse hosts a summit on sport inclusion at the 519 Church Street Community Centre. It’s not just a hub to hang and watch the Games, but you can do that, too, if you want with PrideHouse Celebrates events along Church and at Barbara Hall Park on weekends. 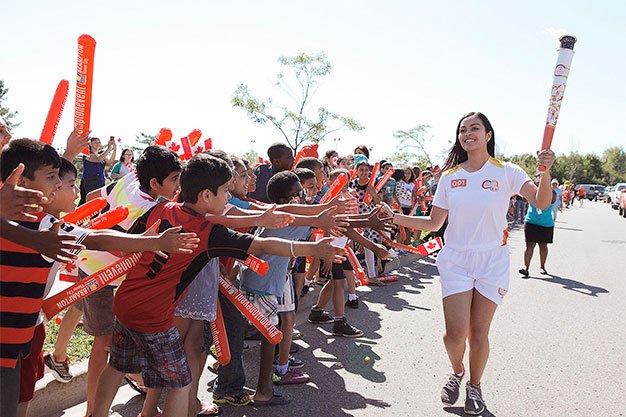 The Pan Am torch, the symbol that unites the 41 member states that make up the Pan American Sports Organization, makes the final leg of its 5,000-kilometre journey to the opening ceremonies in Toronto July 10. By then the torch, which was lit May 26 at a traditional ceremony at the Pyramid of the Sun in Teotihuacan, Mexico, will have visited 130 communities. Good news is that it’s not too late to be touched by the spirit of the flame. The torch makes its way back to Toronto at Prince Edward Viaduct on the evening of Saturday (July 4), visits Withrow Park, Variety Village and the Zoo Sunday (July 5), S.H. Armstrong Community Centre and the Science Centre Monday (July 6), Montgomery’s Inn and Albion Arena Tuesday (July 7), Mel Lastman Square and Earlscourt Park Wednesday (July 8), Christie Pits and Nathan Phillips Square July 9 and Pearson Airport and Jack Layton Ferry Terminal July 10. Details at -toronto2015.org.

Part of what makes these Games special is its focus on social inclusion for people with disabilities. It is known as the Pan Am and Parapan Am Games for that reason. In that spirit, the city is providing children, young people and adults with physical disabilities with a unique opportunity – to enjoy sports like big-time athletes. Parasport activities are being offered free at two Pan Am venues: the Etobicoke Olympium (590 Rathburn) on Tuesdays from 6 to 8 pm and Toronto Pan Am Sport Centre (875 Morningside) on Sundays from noon to 2 pm.

There’s no getting your Games face on without feeling the excitement of the Games themselves. And you won’t need to buy a ticket to do that. Sailing events (July 12 to 19), some road cycling (July 25) and the marathon (July 18) and walking events (July 19 and 26) will all be free. toronto2015.org.