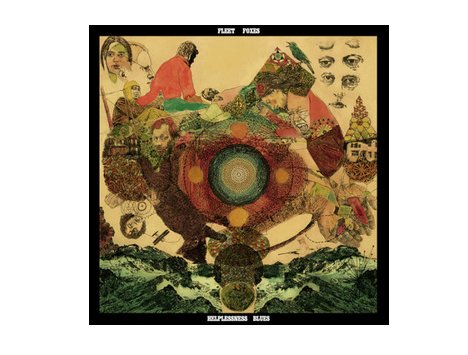 At some point the fallacy that sentimental, meaningful music can only come from flannel-clad bearded men who record in dewy log cabin studios has to dissipate.

Consider the bands that Fleet Foxes brainchild Robin Pecknold is consistently compared to: CSNY and the Beach Boys. Though the former enjoyed dressing up like rustic cowboys for photo shoots, all their peak-era music was laid down in L.A. studios. Did, say, Billy Joel need a mountain retreat to write a sad song? Lately we seem to require superficial proof of authenticity, which is why the Seattle band’s second album feels like its going through the motions on our behalf.

To be fair, Pecknold is furthering what he started on his universally-loved 2008 debut. But that’s also the problem. This indie folk conversation is going nowhere new, and changing that is up to Pecknold since he and his band are carrying the torch. His guttural howl on The Shrine/An Argument is the only moment when Helplessness Blues snaps out of its preciousness and hints that this genre can be more than a soundtrack to brunch.