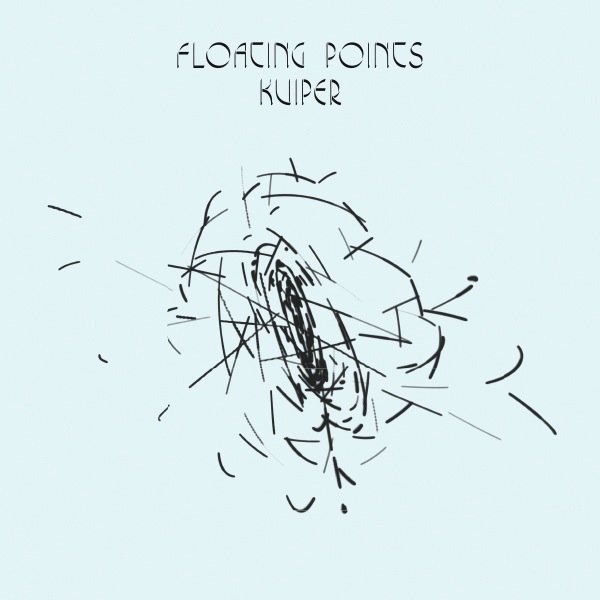 One of the things that made Sam Shepherd’s (aka Floating Points) 2015 LP, Elaenia, so striking was how it took EDM sensibilities and mapped them out onto a post-rock arc, making its dancey rhythms and textures into an album-length suite with the drama and dynamism of a traditional symphony. In many ways, the two-track Kuiper EP is a recreation of that experiment on more modest terms, showcasing the touring ensemble’s dynamic range and the long-form arrangements that Shepherd has such strong instincts for.

The first track is an 18-minute live set taped during an early morning session while on tour. Kuiper is nowhere near as laboured over as Elaenia, which of course seems intentional and unavoidable. But Floating Points’ sweeping orchestral gestures fare less well when the seams are showing. While the relentlessly swinging, menacing drums could carry a whole dance floor by themselves, it’s hard not to notice that the structure of the track relies too much on shifts in volume and not exactly subtle effects.

The song opens with a minimalist rhythm track slowly emerging out of a hazy electro-sphere, giving way to propulsive drums and a brooding chord progression. Layers of thick synth padding enter and exit during key moments of fader-jacking grandiosity. The snare and ride cymbal cycle through various EQ and effects, affixing a glitchy facade to the breathless drum performance. It’s one of the many great-sounding parts of the song that, when set with all the others, somehow doesn’t quite amount to a greater whole.

The EP’s other song, For Marmish Part II, also feels a bit rote as an exercise in layering. A knotted keyboard phrase repeats on loop as complementary melodies are woven into a fugue-like structure, eventually giving way to Shepherd’s sensitive vocal performance. It’s calm and unhurried, but like its companion, seems short on things to say over its extensive length.

Floating Points stakes out ambitious sonic territory, and it’s important to remember that Kuiper is essentially a rest stop on a much more sophisticated, gratifying trajectory. It’s a solid denouement to Elaenia’s touring cycle, and perhaps helps us appreciate that album for its use of exactly the right tools for the job and appropriate scope for its ideas.