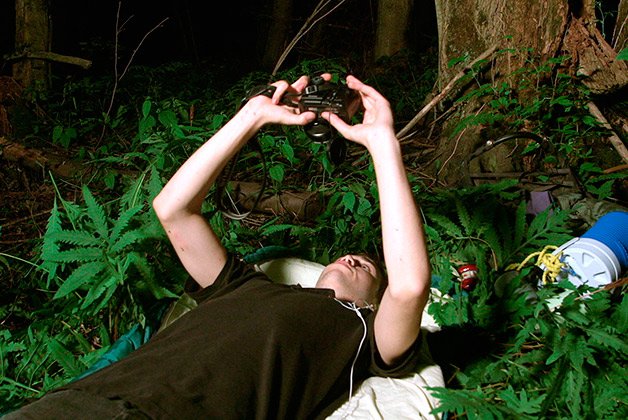 We never learn why Colton Harris-Moore does what he does.

An initially intriguing mixture of documentary and tribute, Fly Colt Fly: Legend Of The Barefoot Bandit tells the story of the two-year crime spree of Colton Harris-Moore, a Washington State teenager who made a name for himself by escaping a juvenile institution, hiding out in the woods near his mother’s home, breaking into houses and businesses for provisions and cash, and stealing cars and even light airplanes before escaping to the Bahamas, where he was eventually apprehended.

Filmmaker brothers Andrew and Adam Gray aren’t out to investigate Harris-Moore’s time as a fugitive as much as recreate it, beefing up some local-news footage and YouTube clips with a complex mixture of animation and live-action re-enactments.

But for all their recreation, the Grays tell us very little about their subject. We learn that Harris-Moore liked animals – he broke into a pound to retrieve his dog after authorities took if from one of his campsites and once left $100 at a veterinary hospital – and that he probably taught himself to fly those airplanes, since he wouldn’t have had any meaningful adult help.

But Fly Colt Fly badly needs to examine the whys of its story. Those recreations and animations ascribe emotions to Harris-Moore, but there’s no insight offered into his crime spree. Why did do the things he did? Why are we watching this movie?

The Grays’s choices in framing the material might lead us to conclude that Harris-Moore was a badass folk hero, even as the people they interview stress that he shouldn’t be perceived as one. And that makes Fly Colt Fly feel less and less coherent as the picture goes on.