More cideries can now sell their own products in Ontario 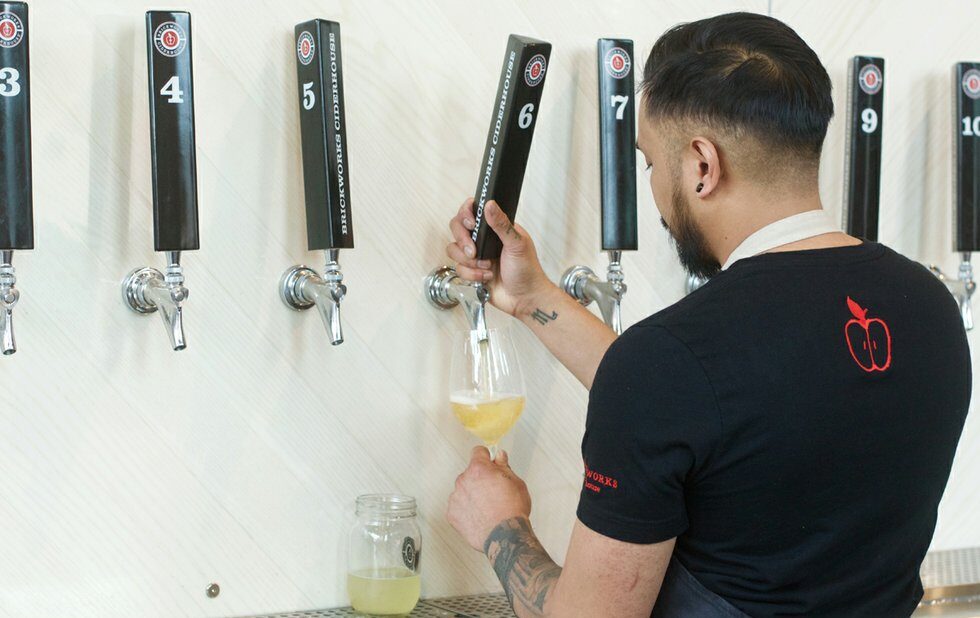 This week, more changes were made to Ontario’s alcohol laws to help bars, restaurants, and manufacturers stay afloat during COVID – including a move that should make cider fans happy.

On Tuesday night the Alcohol and Gaming Commission of Ontario (AGCO) announced that they will be taking additional measures to help hospitality businesses through the pandemic as takeout and delivery options for alcohol have increased in popularity.

First, the AGCO cut the minimum licensee price of spirits from $2.00 per 29 mL to $1.34, allowing bars to offer their customers better prices on bottles of liquor.

Also announced: The temporary removal of an old rule that required cider manufacturers to own an orchard – with a minimum of five acres of planted fruit – in order to qualify for a storefront.

Previously, this meant that cideries who were getting their apples from nearby orchards were unable to sell from their own location, and instead had to go through the LCBO, bars, or restaurants.

But during the pandemic shutdown – in which many businesses opted to just close their doors – that meant a significant loss of revenue for cider producers, who were unable to fall back on direct sales in the same way as breweries and other alcohol producers have.

Thankfully, with the removal of the five-acre minimum rule, many cideries now stand a chance of weathering the storm through COVID with an online store and a physical storefront. This means cideries without an orchard, or any brewery that makes a cider, are now free to sell that cider directly.

While places like Brickworks Ciderhouse have managed to sell their cider under the AGCO’s existing takeout rules by technically being a restaurant, the new change has potentially opened up new avenues for them. Other producers like Collective Arts or Walkerville Brewery, who have ciders among their usual beer offerings, are now legally allowed to sell them online.

Pete Rainville, owner of the Flying Canoe cidery in Spencerville, was the first to celebrate when the changes were announced.

Throughout April, Rainville was talking to the media, working with his local government, and even starting a Change.org petition pleading with the AGCO to change the rule so his business would have a chance to survive the pandemic.

If breweries were able to sell their product without five acres of hops and barley, he argued, why do cideries have to?

When the announcement was made Tuesday night, Rainville immediately set to filling out the paperwork to apply for an on-site retail store.

“I’m jubilant, but also a little tired,” says Rainville. “This is going to be a long road ahead, because I got my wish and I’m going to earn it now. So I’m going to be working even harder than I have been in order to make this successful and make the government and people of Ontario proud of our product.”

The policy change is only temporary, and the AGCO has not said when it would be set to expire.

If the change does get reverted back to the five-acre rule, however, Rainville says he plans to fight it. For now, however, he remains optimistic.

“I personally believe that once you let the genie out of the bottle it would be very difficult to stuff that back in because this is just the right thing to do.”