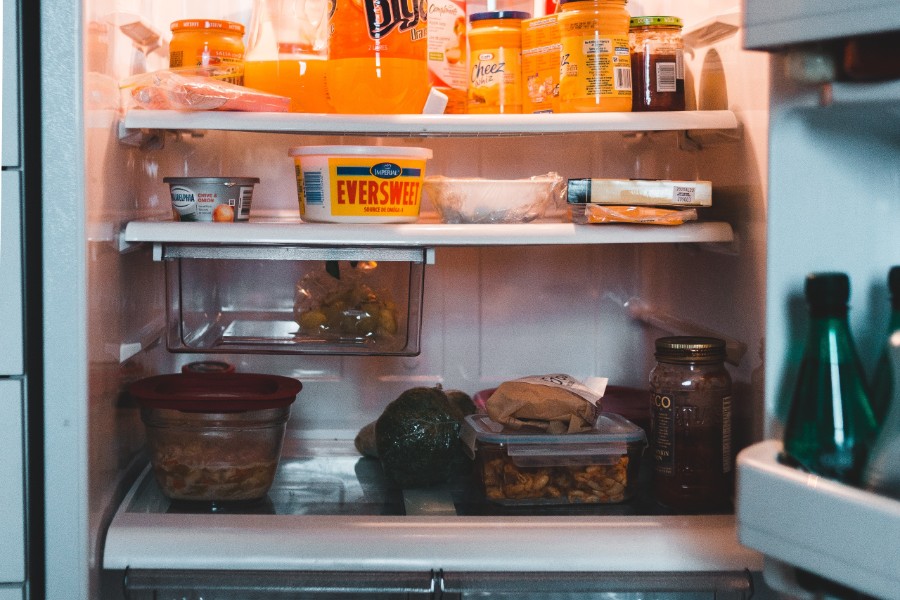 The Parkdale fridge has now been moved to 269 Dunn Avenue. Read below for the original story.

A community fridge in Parkdale has shut down due to a city bylaw designed to protect children from becoming trapped inside large appliances.

One of four in Toronto, the community is part of a grassroots initiative to combat food insecurity started back in July by Jalil Bokhari and Julian Bentivegna.

On Monday, Community Fridges Toronto announced on Instagram that the city threatened to fine the landlord of Black Diamond Vintage – which was hosting the appliance – if the fridge was not removed within 24 hours.

Bokhari says they removed the fridge to ensure the landlord wouldn’t get fined, and then reached out to legal support to see what they could do about the bylaw.

“We wrote a letter pleading our case, showing how much it gets used and all of that,” he says. “These fridges, you can’t be around them longer than 10 minutes without somebody at least stopping by to drop off food or pick up something up. They get filled up and emptied out around three or four times a day.”

The bylaw refers specifically to abandoned fridges and other appliances. It was enacted as a safety measure to protect children when refrigerators could only be opened from the outside. Most modern fridges now close with a magnet, which means they can be opened from the inside as well.

“The idea that the fridge is abandoned or that somebody could get stuck in it – it just didn’t feel like it applied to us because of the amount of people that are constantly around it and using it and opening the fridge,” Bokhari says.

After communicating with the city regarding the fridge, Bokhari says officials told him they could not reverse the decision to order the fridge’s removal.

For now, the fridge has been removed, but he says they’re already looking for ways to reinstall it. “

The bylaw states that an appliance that’s being used on private property outside is not deemed an abandoned appliance,” he says.

Bokhari is looking for a new location host in Parkdale on private property that is also accessible to the community, such as street patios or parking lots.

The other three Community Fridges are still running. One is on College, one is on Adelaide West and one is on Pape.

“We really appreciate the passion and the energy that people have brought to try and fight for us,” Bokhari says. “I just encourage people to use that passion to help donate to one of the fridges.”