In Toronto, we have reached what might be the golden era of drag. For a long time, taking in a drag show meant heading to queer venues, in specific areas, on specific nights. But times have changed.

Mainstream shows like RuPaul’s Drag Race and its spinoffs have inspired new drag fans to come out and support LGBTQ+ entertainers in droves. These days, you can find performances happening throughout the week in a variety of spaces, with new performers appearing before audiences that have never been more hungry – figuratively and literally.

Drag brunch, which first enjoyed popularity in New York and other major U.S. cities, has become the latest platform for drag artists in Toronto. It’s all the regular camp and pizzazz of a regular drag show – only now, it’s served with a side of bacon and a pitcher of mimosas.

Staff at the ArQuives (formerly known as the Canadian Lesbian and Gay Archives) told NOW that historically, queer-focused venues that served food – including Zelda’s on Church, Woody’s and the Barn – all hosted their fair share of drag events in the past, but “drag brunch” as we know it is a fairly recent addition to the scene.

Glad Day Bookshop was on the leading edge of this trend, introducing its own drag brunch in January 2017. “Many of us have been to New York. There definitely was something missing here,” says the co-owner of Glad Day, Michael Erickson. “We wanted to bring drag brunch to Toronto.”

Erickson tapped Erin Brockobić, who is now locally regarded as the reigning Queen of Brunch, to host Glad Day’s event.

From cheering crowds to tipsy bachelorette parties to curious onlookers, Brockobić acts as crowd control. She can be seen slinking around the venue lip-syncing for her life, posing for photos and grabbing tips. But she also bridges the gap between the LGBTQ+ community and the straight one.

Like any good drag hostess, Brockobić has the ability to balance reading you to filth while keeping things hilarious – not hurtful. She maintains a feel for her audience that keeps people on their toes while putting them at ease.

On a recent morning at Glad Day, Brockobić eagerly roasted the straight men in the room, making one hapless dude pick up her tips at the end of her number, to a chorus of hoots and hollers. When he didn’t seem to be getting the gag, Brockobić bought him a shot and played him some Lizzo to make it up to him.

Some historians and critics have argued that drag brunch is largely about making queer performance accessible to straight audiences.

But as Miss Moço, the resident host at the Gladstone Hotel’s drag brunch, puts it, “The way I see it is that it’s about bringing people into the circle.” 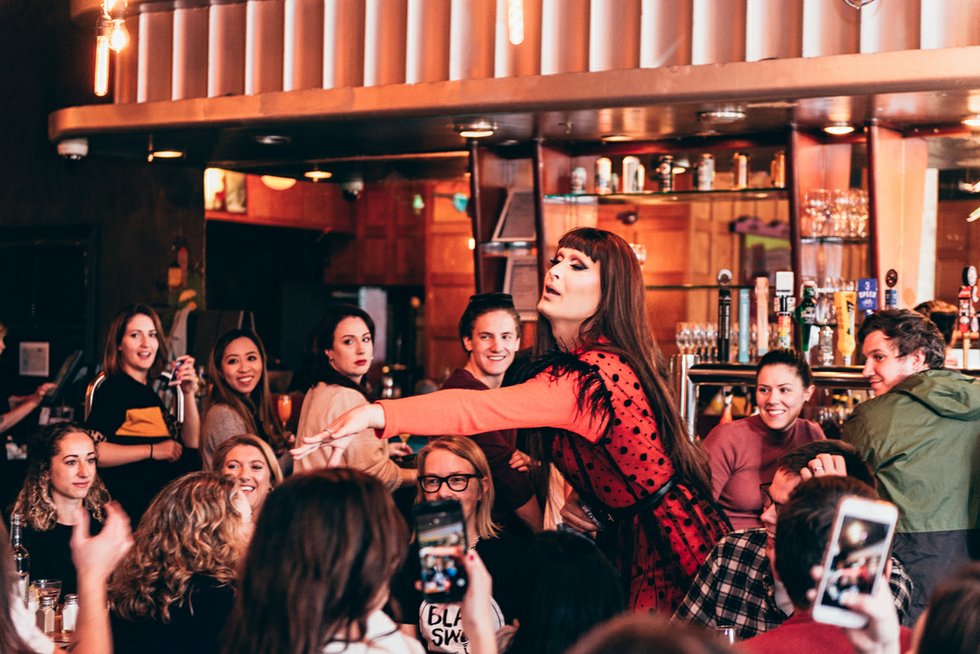 Moço’s drag brunch has been a weekly fixture at the west-end hotel since November 2018. She says audience members are mostly respectful of her and the space, whether they’re queer or straight.

“It happens once in a while that a table will politely see themselves out after they have realized what was happening,” Moço says. “If you realize it’s not for you, that’s okay. It doesn’t have to be for everyone.”

But both queens say that drag brunch audiences do tend to encompass people from all walks of life.

For a long time, drag happened in dark spaces, usually club spaces, which can be triggering for those struggling with substance abuse issues, and can exclude those who have disabilities or are underage. Some didn’t feel comfortable bringing their families out to a nightclub to see a drag show.

Drag brunch filled in these gaps to provide a safe space for those who wanted to support their queer peers. Miss Moço said that although drag brunch has become more mainstream, “it’s only affecting me positively. As performers, entertainers need to live and survive off of our art form.”

Glad Day has decided to expand even further with drag king brunch, which runs once a month on Saturdays.

“We’re proud to be the space where there are more drag king performances and performers than any other space in the city,” Erickson says.

He adds, however, that though the city has its fair share of talented drag kings, “there is a gender gap in audiences and disposable income” compared to events focused on queens.

ZacKey Lime, founder of House of Kings and the host of drag king brunch, echoes Erickson’s statements, noting that the crowds who attend a king-oriented brunch are usually among the most marginalized within the community. Where drag queens can pull in fistfuls of fives in tips, the kings are more likely to attract a die-hard queer crowd with a bit less dough to throw around.

However, Lime says that performing for an appreciative, largely queer audience is a special and rewarding experience in its own right.

Lime is hoping to rebrand the event in the near future to make it as successful as possible Erickson adds that they are committed to supporting drag king brunch. 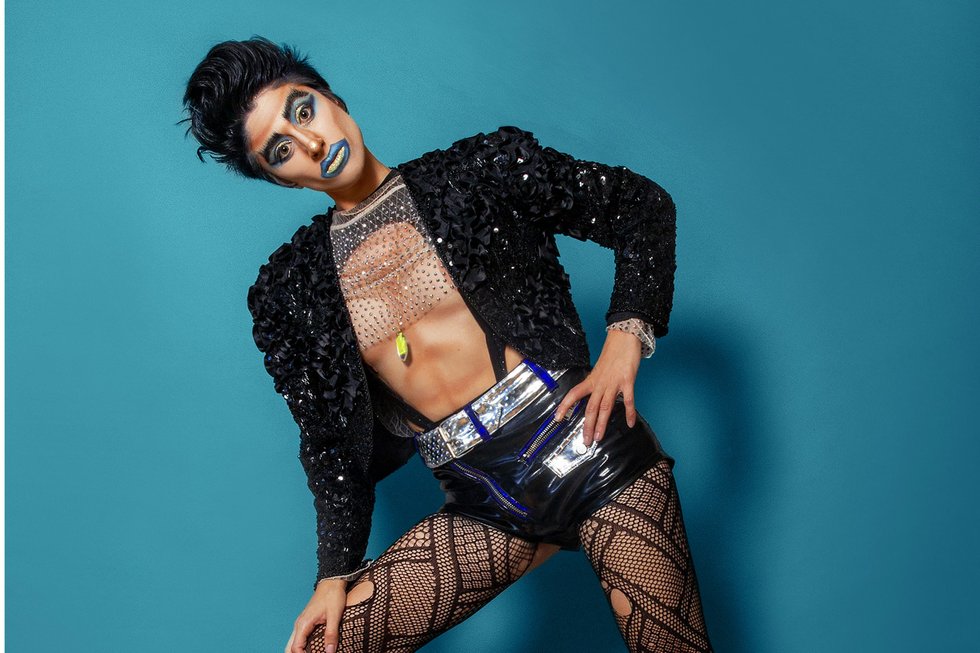 The Rec Room, a Canadian chain of entertainment restaurants owned by Cineplex Entertainment, recently announced a partnership with Voss Events to host their own Drag Brunch, which runs once a month with a headlining RuGirl, three local queens and two brunch seatings at 250 seats each.

Christina Kuypers, the Rec Room’s VP of operations and guest experience, says drag brunch has been a “really exciting” addition to their event roster, noting that it’s one of the Rec Room’s more unique offerings as it combines a show and a meal.

In the future, they are hoping to introduce drag brunch into other Rec Room locations across Canada. “We are working through the logistics and continuing to deepen our relationship with Voss Events. We’re looking at the possibilities of moving it into our recurring events schedule nationwide,” she says.

As daytime drag events proliferate in mainstream venues, the question then becomes: is everyone in it just to make money?

Despite the air of LGBTQ acceptance in much of Canadian society, queer and trans acceptance remains under threat. Mainstream Canadian politicians are still running on anti-LGBTQ2 platforms, the provincial government has cut queer content from the sex-ed curriculum, Chick-fil-A recently popped up close to the Village and the Toronto Public Library gave anti-trans activists a platform despite community outcry. Given all of that, seeing the straight establishment use queer culture to make money is potentially fraught for creators.

But Brockobić’s take is that although bars and restaurants are capitalizing off a trend that sprang forth from the queer community, at the end of the day, that money is still supporting queer performers.

“The show fee and the tips are all going to the queer performers, and in reality, if they invite a queer person, a queer entertainer, to perform it just helps to bring awareness and it helps to educate people,” she says.

“We’re all human beings who have our own complex identities.”