A quick round with Toronto beer lover Renee Navarro 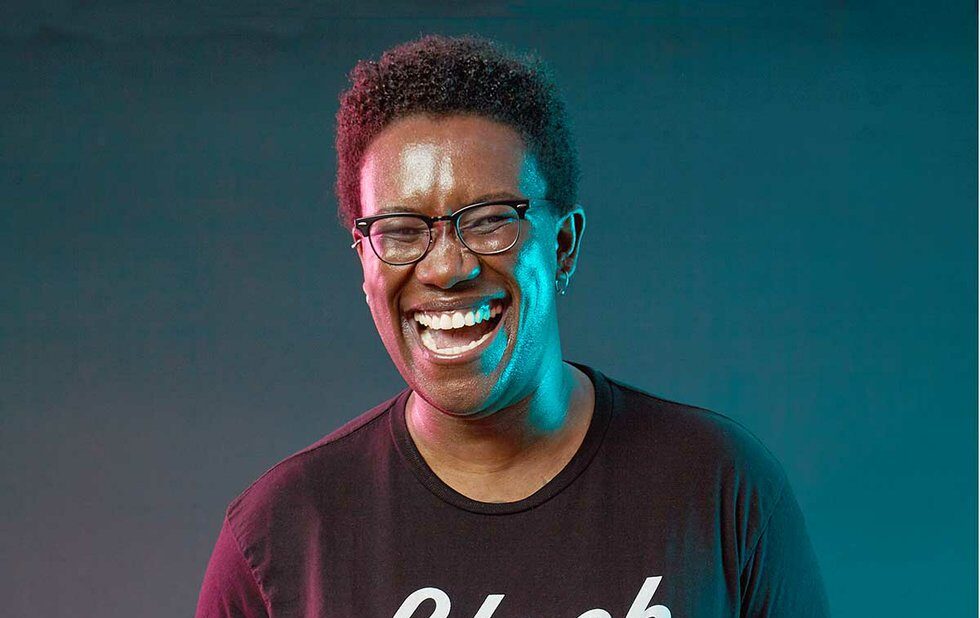 Tell me about this awesome T-shirt.

It’s from a company called Dope & Dank, run by a guy named Teo [Hunter]. He’s been in a bunch of TV things, tours around the States profiling breweries. We’ve been chatting online. I begged him to let me buy a shirt, because he doesn’t sell to Canada, and now I wear the crap out of it.

I think craft beer has a specific look, and that’s starting to change, but it’s still very white. A friend looked into how many people of colour were working in beer sales locally, and at the time, there were, like, three of us. It’s getting better now, but Vancouver has a ton of women running breweries, and Halifax has a bunch of brewers of colour. I feel like we’re behind the times in Ontario.

We tend to look at craft beer becoming inclusive to women, but we don’t think about which women are being included. Wearing a shirt like this, it’s like, ‘Hey, don’t forget us.’

Since you co-launched Society Of Beer Drinking Ladies, have you seen the beer scene successfully get more inclusive?

I think SOBDL allowed women to realize they could get into beer. People volunteered with us at our events and they put that on their resumes, and now a lot of them are working in the industry. I think when it started, breweries were like, “Oh, that’s cute – a bunch of chicks getting together and drinking.” But the first event three years ago was over 100 women, and my final event in April was 1,300 – no small shakes.

What’s the most exciting thing happening in the Ontario craft scene right now?

We’re starting to experiment more. For the longest while, it was like, “We’ll all do this one style.” Trends do come in waves – everyone’s doing a milkshake-style beer, but they’re playing with it, throwing in things [that] a couple of years ago people would be like “That’s not appetizing.” And people are lining up for hours for it. I always felt like Ontario wasn’t a very “lineup” kind of place, but now people want to be a part of whatever new thing brewers are doing.

I’m really digging Bellwoods Milkshark – the pineapple one was mind-blowing. I just went to Godspeed, and I had their IPA, and I really dug that. Luc [Lafontaine] is an amazing brewer. And anything by Blood Brothers.

What beer trend are you really into right now?

I’m getting back into the IPAs. It’s not an exciting style on the surface, but I think with breweries starting to look outside the box, it’s no longer about, “… and then we melted your face with an IPA.”

What beer trend do you hope will go away forever?

Lupulin powder – it’s the resin from the hops. It’s supposed to give beer a crazy extra flavour and smell, like, super dank beer. I don’t not like the beer, but I feel like if people just made it the regular way, I wouldn’t notice. I feel like it’s the new Salt Bae.