Some Toronto breweries “busier than ever” during coronavirus

The local beer industry hasn't been immune from turmoil – but with a few creative solutions and a lot of community goodwill, GTA breweries seem poised to weather the storm 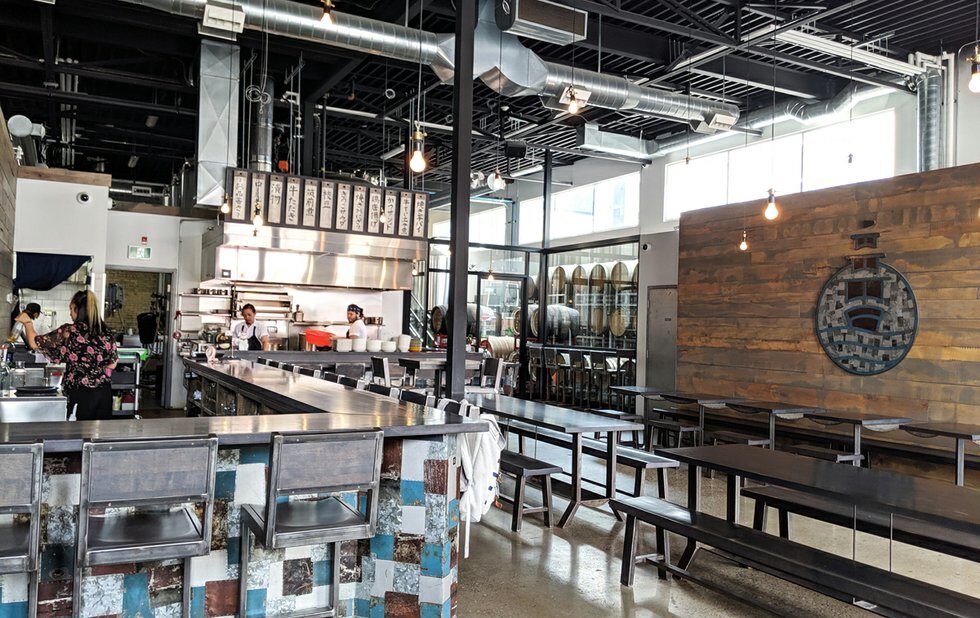 Godspeed Brewery (pictured in a file photo from 2019).

When asked about the fate of Toronto’s stores, restaurants, and bars after coronavirus, industry watchers’ prognostications have been grim: Some places are just not going to make it out of this.

But while things are looking increasingly bleak for a number of businesses, many breweries within the city and beyond have kicked into survival mode with delivery and takeout. And looking at the string of new beer releases, new customers, and even new hires taking place during this time, there’s plenty of reason to remain hopeful for the future.

“This month we’ve brewed 21 times, which I think is a Granite record.”

At the start of the pandemic, one of the Granite’s staff members left in order to take care of their partner, leaving operations down to three trained people and some of the kitchen staff. Thankfully, takeout and delivery sales have been good enough that the brewery was able to hire someone to help with packaging – a task that needs to be done more frequently than ever.

“Our Ringwood Ale has been flying off the shelves, and we’ve barely been able to keep up with demand,” says Keefe.

Meanwhile, east end favourite Godspeed Brewery has lost potential revenue from walk-in traffic and much-anticipated events like the annual Péché Day – but have been doing well with sales, even needing to use old labels on cans after running out of their stock.

“Our aim is to be a neighbourhood brewpub with an international reputation,” Godspeed staff member Max Morin says. “It’s hard to be that when you’re closed.”

Regarding online orders, he adds, “We’ve been fortunate that people have been extremely kind, supportive, and generous.”

The success of these breweries involves a number of factors: The brewery’s reputation within their local communities and the city itself a strong social media presence and, interestingly enough, being a better alternative to the large lines and inconsistent stock of the LCBO.

“People see the lineups and don’t want to deal with that – and while we only allow one customer in our store at a time, the turnover is very quick,” says Keefe.

Outside of the convenience factor, however, there’s also a desire among Torontonians to help their own.

“We’ve seen a lot of buy-ins from our local community because, while they have always supported us, they no longer want to go as far as they need to … or they want to support a local business more directly,” Keefe says. “A lot of our business is our regulars being true.”

Outside of Toronto, breweries are doing similarly well in terms of their local support – but the need to remain in the thoughts of Toronto drinkers, a lucrative market, is more important than ever now that the bars are closed.

Nickel Brook Brewing in Burlington, for instance, have upped their online programming significantly with livestreams. This Friday, they’re hosting a guided tasting of their core beers with customers, who have purchased the selected beer beforehand. Between the appeal of good beer and socialization, the event sold out within a few days.

Meanwhile, Mick McNamara, the Toronto rep for Niagara Oast House Brewers, has found a new angle for his instagram account @oast_house_mick, which is usually filled with smiling selfies of him with bar owners or new beer releases like the Oast Offshoot Series.

What started out as a joke by wearing his gi for a beer delivery to a fellow OpenMat MMA gym member became the birth of a social media character: The Craft Beer Ninja. The persona has been so much fun that customers have waited at home with their own uniforms to pose for pictures at a safe distance.

“I love to get more people buying the beer,” McNamara says over the phone to NOW while making deliveries. “But I’m really enjoying … trying to bring some levity into my life, my family’s life, and everyone I meet.”

While Toronto is still looking at an uncertain and scary future, our local breweries and beer drinkers will make sure that, one way or another, the beer will continue to flow.