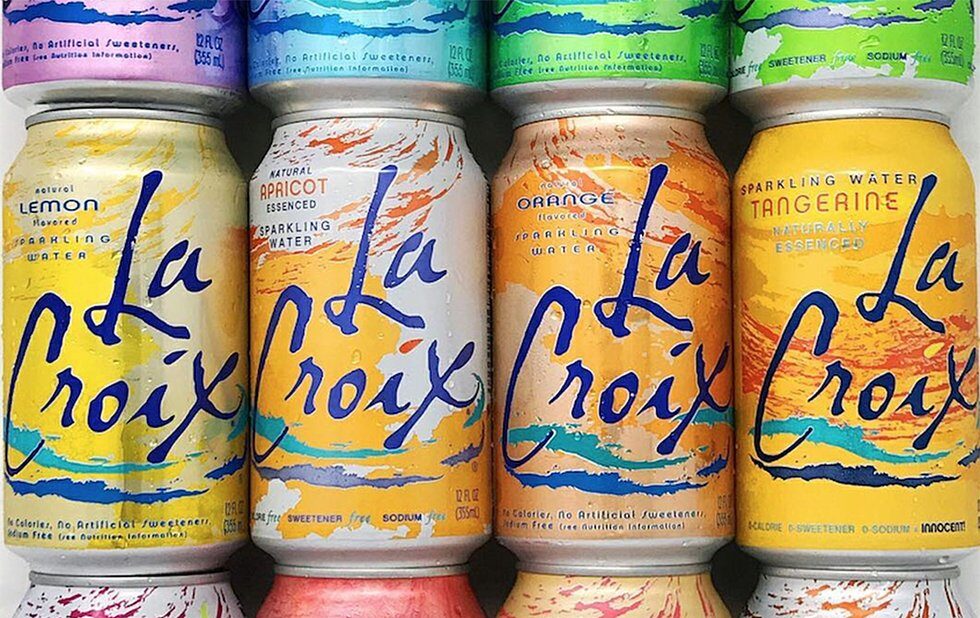 LaCroix, the sparkling-water juggernaut that’s spent the last year sweeping the U.S. in a fizzy, passion-fruit-flavoured tidal wave, is about to officially arrive in Canada.

The drink brand, which has become a cult hit south of the 49th parallel thanks to its health-conscious cachet, fun fruit flavours and ’80s pastel packaging (so vaporwave!), is set to launch in a big way this Saturday, with a RSVP-only event at the Yorkville Whole Foods.

If you’ve been monitoring the craze for the flavoured seltzer over the past year, in that passive, forlorn way we Canadians regard In-N-Out or Trader Joe’s, you’d be forgiven for feeling a particular sense of glee: “Wow, we only had to wait a year before a trendy thing from the States became available here!”

But LaCroix has been around since the early ’80s (sorry, everybody), when it became a popular fixture in the fridge of Midwestern soccer moms. Since then, thanks to some savvy marketing and distribution decisions, it’s become massively popular among the sugar-conscious set, office-dwellers (including, weirdly, L.A. comedy writers), and anyone whose Instagram aesthetic revolves around pastel stuff.

You might even have spotted it in Toronto pre-launch – it’s been a popular cross-border shopping list item for convenience store owners in Toronto, and TCAF’s Page and Panel bookstore in the Reference Library even stocks a couple of flavours.

So, what forbidden secrets do these watercolour-coated cans hold? Should we welcome our new sugar-free overlords? Here’s my explainer on the finer points of LaCroix.

1. It’s pronounced “la-CROY,” not “la-CRWAH.” Odds are good that, as a resident of a partially French-speaking country who may or may not have spent your school years singing the words “la croix” correctly in the freaking French-language Canadian national anthem, this will make your skin crawl. Take this brief moment to expunge the last vestiges of school-mandated French (bibliotheque!) from your brain.

This should be tougher for some of us than others. As a native of Windsor, Ont., I am accustomed to cheerfully butchering the French language, having spent years looking other people square in the eyes, like I wasn’t some kind of complete monster, and pronouncing street names like “Drouillard” or “Pierre” as “drool-ard” and “peary” without a “soup con” of shame.

2. Despite its French-ish name, LaCroix actually hails from La Crosse, Wisconsin, and is named for both the town and the nearby St. Croix river.

3. There’s no sweetener in LaCroix, only flavouring – a big key to its present-day allure and overall halo of health, but also the reason why kids growing up in the ’80s felt “ripped off” when their folks bought it instead of Sprite.

4. There are currently more than 20 flavours available, from apricot to tangerine. Each flavour has its own legion of devotees (except “pure,” which is literally just plain fizzy water). According to a teaser post on the brand’s Facebook, though, the Canadian rollout will begin with just four flavours: lemon, lime, “pamplemousse” (grapefruit, or as the French-averse fans call it, “pamp”) and peach-pear, with more coming soon.

5. As with most bougie foodstuffs, Whole Foods and LaCroix seem to have a deep, symbiotic relationship: a Williamsburg store decked out an entire corner of the store in a fortress of LaCroix boxes, and later unveiled a cake that resembled a box of LaCroix cans.

6. In addition to the classic LaCroix flavours, there’s also a “Cúrate” line of drinks that features sweetened two-fruit flavours in Red Bull-style tall cans. “Cúrate,” the company says, means “cure yourself” in Spanish. Google Translate suggests it also means “take care,” so clearly, they were long overdue to sell this stuff in Toronto.

It also looks like the English word “curate,” which, when the line launched in 2014, was popularly used to mean “I put this thing next to this other thing, and now you shall applaud me for my superior taste.” So we can assume their marketing team was working on several levels there.

7. The Cúrate flavours, including melon-grapefruit and blackberry-cucumber, sound pretty delicious, but the product names are an irritating mishmash of French and Spanish: “melón pomelo,” “muré pepino,” “piña fraise.” I got one question: Pour-qué? This is like if the Fruitopia drink names came back from a semester abroad in Europe and started wearing a beret everywhere.

8. Yeah, I’ve tried it, and it was pretty decent. It took a moment to get used to a non-citrus fruit-flavoured drink devoid of sweetener, but after that, it was kinda refreshing! (It was coconut, BTW. You’re welcome!)

LaCroix The Way We Eat This week in NOW Whole Foods