Aside from an ill-advised week-long Woodys Grapefruit binge in my late teens and a few random icing incidents (thats when. 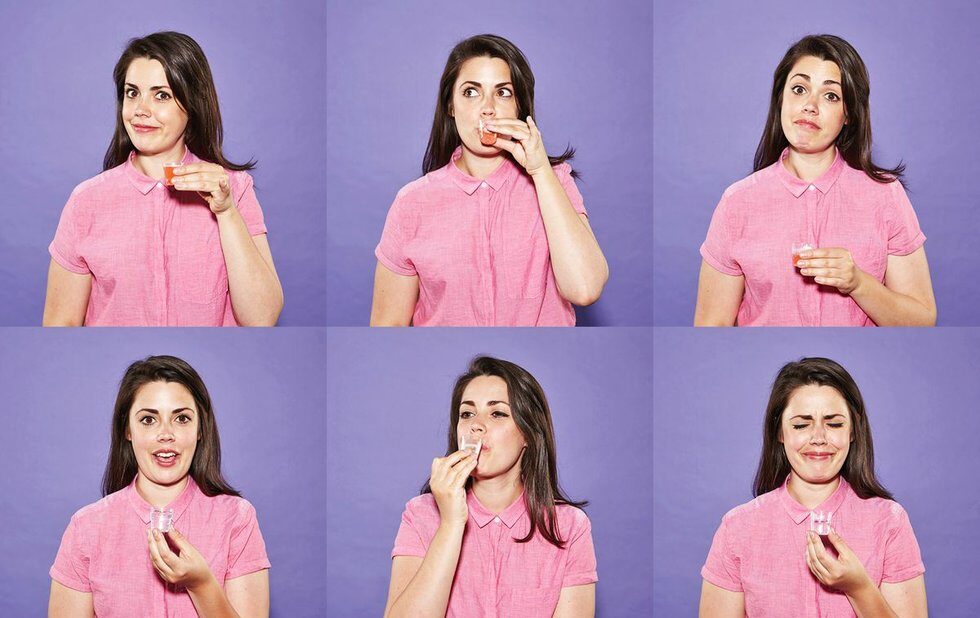 Aside from an ill-advised week-long Woodys Grapefruit binge in my late teens and a few random icing incidents (thats when bartenders challenge each other to get down on one knee and slam an entire bottle of Smirnoff Ice), I have little experience with ready-to-drink beverages, also known as RTDs. As a one-time professional bartender with an underdeveloped sweet tooth, I prefer my cocktails balanced and freshly prepared thats to say, without a teaspoon of sugar per fluid ounce.

But significant shelf space is allotted to RTD cocktails both new and 90s every spring, so they cant all be totally abysmal, right? I selflessly volunteered my palate in a somewhat-blind taste test (I picked the drinks but didnt know the order they were poured in) to determine whether top-notch alco-pop even exists.

Smells like Cream soda, more or less, but theres something more menacing and unplaceable lurking behind the plasticky whiffs of vanilla pudding cup. A meth-laced white Freezie? A demonic scratch-and-sniff cupcake? Ten kilos of cane sugar?

Tastes like (Surprise!) Cream soda, which leads me to believe that theres a 99.9 per cent chance this is Crazy Uncle Hard Cream Soda For Grown-Ups (LCBO 491498). Thats the actual name, just in case youre confused about whether its appropriate for children. Its so sweet that I think a hummingbird might dig it, until drinking it makes its tiny heart explode.

The reveal I called it: Crazy Uncle Cream Soda. What I didnt see coming is that this gets a 3.85 out of 5 on beer-rating app Untappd. Im not exactly sure how to process that information, though suddenly Im even more skeptical of anything posted on the internet.

Smells like Dollar-store green apple dish soap or putrefying Jolly Ranchers. I was hoping for something with enough acidity (any acidity, really) to scrub the vanilla and caramel off my sugar-shocked tongue, but this doesnt smell promising.

Tastes like Theres acidity, all right the creepy, chemical kind and a traumatic flashback to 19-year-old me crowned with sparkly devil horns, shooting an entire 26er of green apple Smirnoff at a blurry -Halloween fete that did not end well. Overall, this tastes like diseased Riesling. (Diseaseling ed.)

The reveal Its Smirnoff White Sangria (LCBO 491662), which explains why my gullet is roiling with miserable memories.

Verdict Ill probably be tasting this in my nightmares for a while. Just mix your own damn fruited wine even your worst attempt will be 10 times better than this.

Smells like Wonder Bread and grapefruit juice from concentrate basically a disappointing breakfast. I suspect this is a bad Radler. (Badler ed.)

Tastes like Grapefruit BO with hints of Wheaties. A giant bag of ice and a heavy-handed glug of tequila would really kick this up a notch. Or maybe I could just start pounding straight tequila to make the rest of this experiment less painful.

The reveal Suspicions confirmed: its Bud Light Grapefruit Radler (LCBO 498436). Perhaps advocates of Bud Light Lime will appreciate this more than I do.

Verdict There are currently 11 radlers listed at the LCBO. This is not my first (or second or third) choice.

Smells like Im thinking, Its got to go up from here, right? but my nose shatters all optimism. This smells like someone tried to scrub tequila vomit out of a shag carpet with Lemon Brite while misguidedly praying their parents would never find out.

Tastes like WHAT IS IN THIS? yells our photographer, Sam, when he takes a swig. When I find words, I conclude that this tastes pretty much exactly like it smells.

The reveal The can of Margaritaville Classic Margarita (LCBO 491795) lists 13 ingredients, including malt liquor and a bunch of stuff I cant pronounce. If Margaritaville is a song about heartbreak, this is entirely on brand.

Verdict A travesty in a world full of beautiful, freshly made margaritas. The only thing that perks me up is the thought of aggressively pouring this bullshit down the drain ASAP.

Smells like Considering what Ive been through so far, this smells almost beguiling, like a white Freezie shot (again) crossed with those strawberry marshmallow candies from Bulk Barn.

Tastes like Flintstones vitamin gummies, I guess? Theres more of that confectionery strawberry and a little grapefruit going on. Is that a sparkle of acidity peeking through or just encroaching hyperglycemic delirium?

The reveal Its Cabana Coast Greyhound (LCBO 491753), made by Iconic Brewing (Canadas fastest-growing independent alcoholic beverage company, according to its website). The branding has a sharp, pseudo-hipster vibe is this the alco-pop of a generation?

Verdict I dont hate this as much as I expected to, though Im pretty sure my palate is eroding at an alarming rate.

Tastes like If this drink were a human, its name would be Becky Rae. Its like a shooter-slamming, hair-flipping, Calgon-misted frenemy who drags you unwillingly out onto the dance floor before picking a fight with multiple strangers and throwing up on your new shoes: toxic. Also, theres an inexplicable aftertaste of peanut.

The reveal Its Jack Daniels Jack Apple (LCBO 491225). Jack Daniels was my gateway whiskey, and Im sad that its come to this.

Verdict My tongue feels fuzzy, and Im getting squirrelly from what feels like a weeks worth of sugar.

Tastes like Super-tart and minty with a suggestions of that weird fluoride gel the dentist forces you to bite into. Its like they consciously tried to make this less saccharine (which I appreciate) but made it too sour instead.

The reveal The RTD I was most looking forward to, Georgian Bay Gin Smash (LCBO 447540). Damn.

Verdict I really like Georgian Bay gin, but I wish I could taste more of it and less mint and acid.

Tastes like Plain bubbly water upfront, followed by a rush of fruit. A lot of coconut and mango makes this not unlike licking sunscreen off a bronzed supermodel (the type of person I could picture drinking this).

The reveal Its Social Lite Mango Pineapple (LCBO 491191), which has zero sugar, sweetener or artificial ingredients. Its also gluten-free and contains 80 calories per slim can. I generally hate diet drinks on principle, but this glorified, prettily packaged vodka soda is everything right now.

Verdict Its decent and offers a hit of not-so-sweet sweet relief.

Smells like Spicy ginger. Like, real ginger! From a root that grows in the actual earth! I can smell rum. Im excited.

Tastes like A Dark N Stormy spicy and rummy with creamy carbonation. Im regretting not having a fresh lime on hand to cut the semi-cloying finish, but this is an easy winner. Take me to your yacht.

The reveal No surprise here: its Goslings Dark N Stormy (LCBO 491209), the official cocktail of Bermuda. Goslings owns the rights to the Dark N Stormy name, so bow down, other rum brands.

Verdict RTDs can actually resemble cocktails. Now, where can I find a lime?

cocktails Drink up LCBO This week in NOW