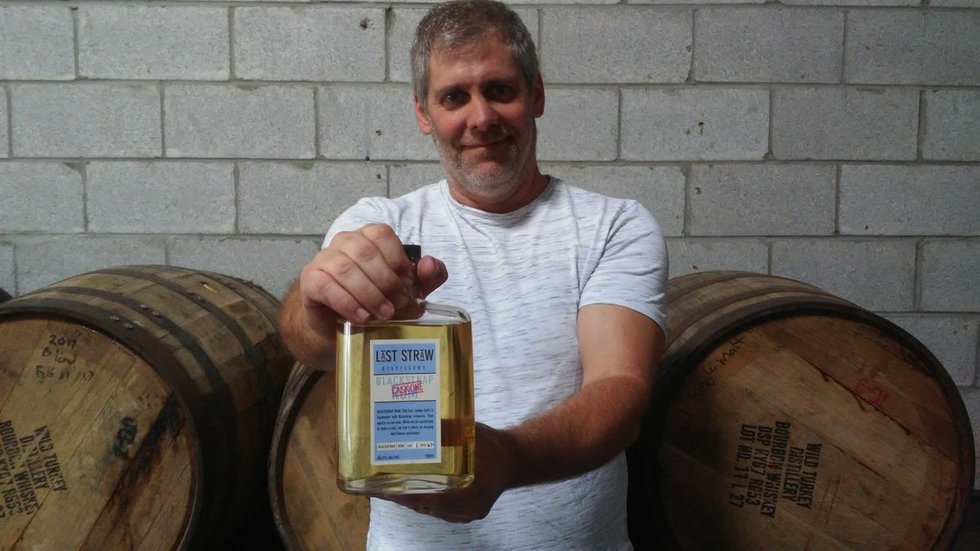 In the formative years of my spirits geekdom, I thirstily stalked the aisles of foreign liquor stores for booze I’d read about but never tasted: random amari, Swiss absinthes and blackstrap rum.

When I finally found the latter, it tasted more like pancake syrup with half a bottle of vanilla -extract dropped into it than the funky darkness I’d hoped for. It was a serious novelty that I’m pretty sure only cost me about $10 USD.

For a long time Cruzan, a distillery on St. Croix in the U.S. Virgin Islands, was the only maker of this style, which is distilled from blackstrap molasses, with more of the pitch-black stuff added before bottling for flavour and colour. Until now, that single dusty bottle of Cruzan on the bottom shelf of my home bar was the only expression I was aware of.

I never suspected the second blackstrap I’d taste would be from the GTA, but here we are: a blackstrap rum is now being produced (in micro amounts) in Vaughan by Last Straw Distillery.

Mike Hook, one of the distillery’s founders, says that it’s the first rum produced around Toronto since Gooderham & Worts closed in 1990. (Canada’s definition of rum stipulates that the spirit must be aged for at least a year in wood).

Hook says that the decision to dabble in this esoteric rum style was born of resourcefulness: blackstrap molasses (which Last Straw sources from the Caribbean) is cheaper than the fancy-grade molasses used in most other rums. Then why the hell is this style so rare?

“Because it’s pretty horrible to work with,” laughs Hook.

“Fine or fancy molasses has far less organic matter in it, which is why it’s not as dark or char-like in its molasses form. Those organic materials create more congeners [non-alcoholic by-products of fermentation], which give a lot more flavour and strange and wonderful elements coming off the still, but the yeast has a really hard time breaking down the sugars.”

“The flavour was fantastic, but there was so much sugar left behind in the molasses,” says Hook.

The quest for economy demanded further experimentation, like the addition of refined sugar into the mix to beef up the tiny volume of usable spirit running off the still. But the process was kiboshed because the distillate just didn’t taste the same.

Months later, after multiple distillations and yeast strains, Last Straw had a product they were happy with – a fiery, fruity blackstrap spirit that went into oak, in this case a former American whiskey barrel, exactly a year ago.

Unlike Cruzan’s version, Last Straw’s distiller, Don Dimonte, chose not to finish his rum with a dark daub of blackstrap molasses, a decision I fully support.

Only 120 bottles were released on May 19, but the contents of another cask should roll out in December, right on time for toddies. Until then, mix this local blackstrap with aromas like sweet varnished cedar, banana and lightly roasted coffee in fruity cocktails or Cuba Libres.

Drink Drink up rum This week in NOW