Will Toronto restaurants ever be able to sell infused meals?

It's not yet legal for edibles to be sold in restaurants, but industry figures hope a new call for cannabis proposals in Ontario will change that 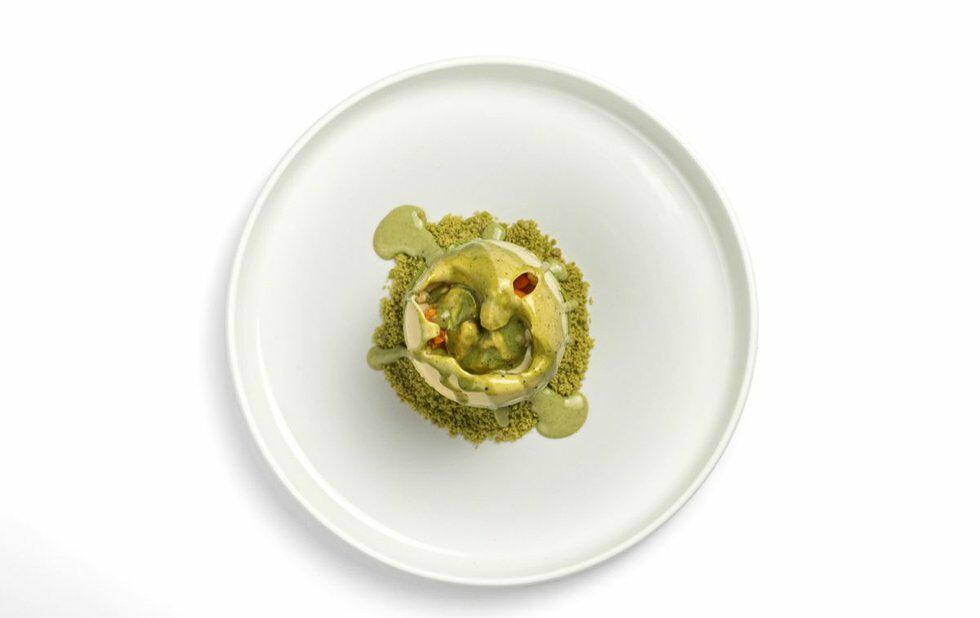 Although often shrouded in secrecy, an underground cannabis culture has been brewing in Toronto’s food community for the past several years.

On a hot summer afternoon in 2016, I was invited over for a cannabis-infused Sunday ‘potluck’ at the home of chef Charlotte Langley of Scout Canning, an event co-organized with local chefs Nate Middleton of Petty Cash and chef Steve Gonzalez of Baro.

Back then, infused dinner parties (like this one) were building upon the excitement for the newfound future of cannabis legalization. In Langley’s backyard, we spoke giddily of what we all expected edibles, and the possibilities for serving them, could be.

Fast-forward to the present day, and things are pretty bleak. Sure, cannabis is fully legalized – but when it comes to edibles, not much has changed.

Health Canada has said that the Cannabis Act will maintain control over all edible products made from cannabis mixed with food ingredients, which means restaurant meals would be excluded from legal sale.

The government has said it has taken this approach to ensure the health and safety of Canadians, as well as to protect young people.

“They are very, very stringent regulations relating to what edibles can look like and what they can be. They can’t be marketed in a certain way,” says Whitney Abrams, an associate at Minden Goss LLP’s cannabis division.

But that hasn’t stopped chefs and mixologists from still pushing the boundaries. All across the city, infused dining events, cocktail gatherings and more recently, cooking classes have sprung up. 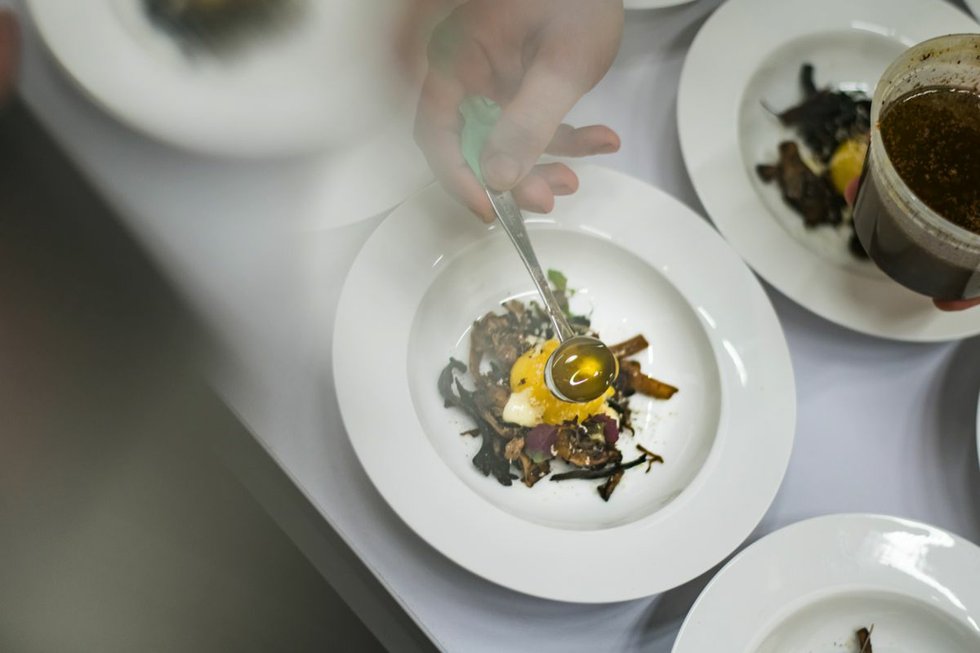 It’s clear that lots of people are enthusiastic when it comes to exploring the world of combining food with cannabis – so much so that the National Restaurant Association named it one of its top food trends of 2020, with 77% of chefs surveyed sharing they wanted to experiment with cannabis and cannabidiol (CBD) in the future.

Organizers of the 2020 RC Show, held at the Enercare Centre earlier this month, decided to capitalize on this hype and make cannabis part of their conference. Bria Weaver, programming manager for the RC Show explained to NOW, “As Canada has taken the next step in bringing food and cannabis together, through the legalization of edibles, our industry grows excited for the future possibilities. We have put together programming to discuss and explore what the future may hold for cannabis and foodservice.”

Terry Donnelly, the chairman, and chief executive officer of the Hill Street Beverage Company, spoke on a panel at the show about the future of foodservice and cannabis, discussing the technology Hill Street has used for their cannabis-infused beverages, including wine and beer.

“The application of proper quality control and quality compliance is going to transform what we understand about what people need to be ‘intoxicated’ and what is considered therapeutic.”

For him, the biggest misconception comes down to how people are dosing. “Once we understand how to stabilize the plant and produce it at an industrial level, in an organic way, we’ll have a great product that we can use all kinds of purposes,” he says.

Most edibles and infused supper clubs across the city are following a new trend: Focusing on  microdosing. As cannabis users began to worry more about how their cannabis use would affect them, they began taking low doses of cannabis for the purpose of experiencing its therapeutic benefits, while avoiding some of the harsher effects pot can have on one’s mood or mindset. 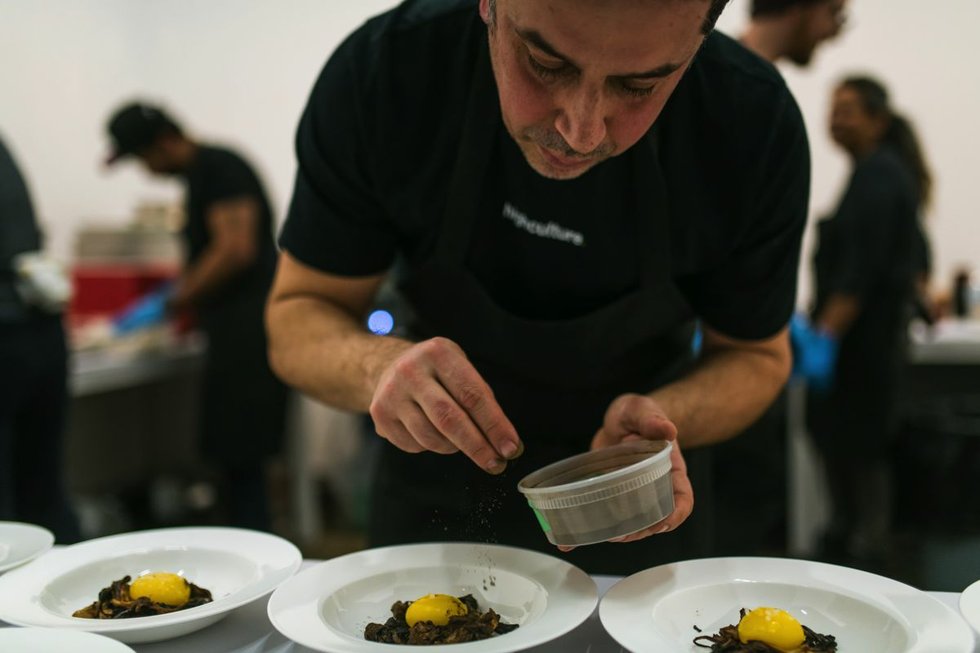 When Ted Corrado, the director of culinary at byMINISTRY, started to develop the menu of their dinner series, microdosing was the first thing that came to mind. Prior to the launch, he spent a considerable amount of time researching and trying to educating himself on how different terpene profiles, doses, and foods would compliment one another sharing that it soon became clear during his research that there were obviously “variables that you can’t control”.

Corrado noted, however that it was important for him to err on the side of caution when it came to dosage in order to create a positive experience for guests. “You can’t go backward, right? So that’s always been the approach I’ve taken.”

When we keep hearing refrains around cannabis use like “low and slow,” it makes sense that a microdose-infused meal might appeal to the mass public.

Right now, the Ontario government is calling for input on potential new cannabis opportunities, including consumption venues and special occasion permits for events such as outdoor festivals and concerts.

“When you think about the hospitality industry, people are very curious about what it might look like,” Abrams says, adding that many often think of consumption spaces in Amsterdam or Cannabis Cafe, a cannabis-infused restaurant that recently opened in California.

“I think what’s more interesting for restaurants is, who may want to elevate their experience and have infused dishes and infused cocktails in a special sitting or in possibly even completely cannabis focus restaurants? What will that look like?” 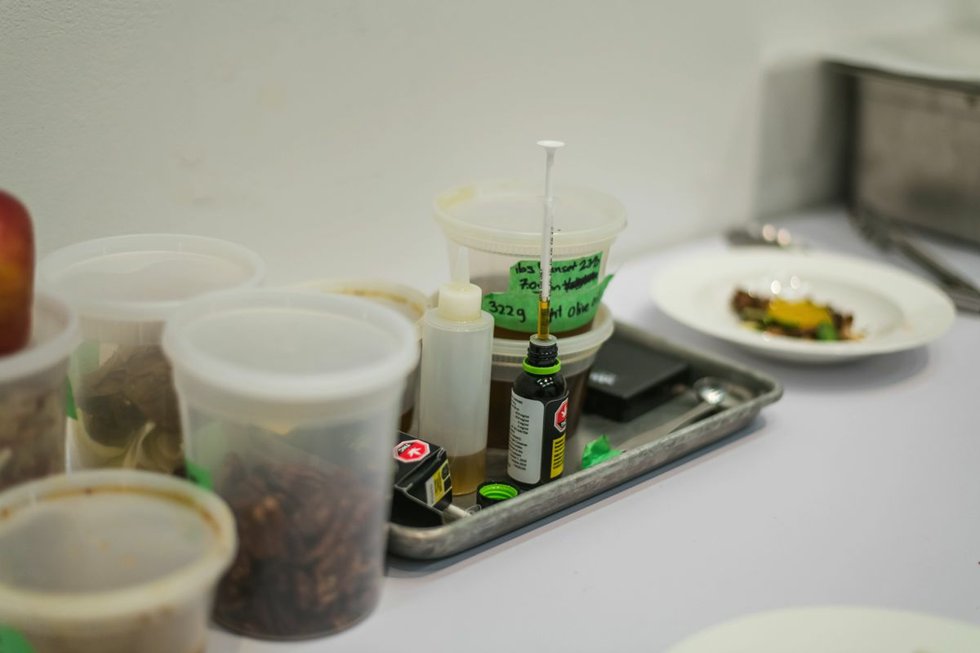 Infused oils behind the scenes at a byMINISTRY event.

Until the consultation is completed, there is just mostly speculation from all sides, but one thing is for certain. After the public consultation, bars and restaurants may be allowed to have cannabis products on-site and even infuse their own products, but patrons will still be forbidden from smoking or vaping product on-site, including on restaurant and bar patios, due to provisions in the Smoke-Free Ontario Act.

A common thread is how the food industry will safely infuse products while in service, and Donnelly believes there isn’t much to worry about.

“It’s the same with serving cannabis cocktails as having a cannabis-infused restaurant. Once we prove that we have technologies that allow the safe application into these products into a consumer-friendly environment, we’ll demonstrate that the industry is responsible and the technology to make things safe.”

And in recent years, improved extraction technology has made dosing stronger, better, faster and more accurate.

Corrado hopes that from this new provincial inquiry, we will get to a place where we will have specific spaces for people to enjoy cannabis socially, just like bars and restaurants. He believes that this industry is changing every day, and he explains that “we need to create these spaces for people.”

Until then, we wait anxiously to see if one day we’ll be able to legally order a CBD smoothie bowl at our favourite local restaurant. 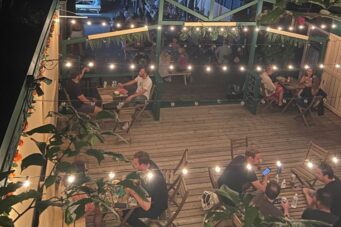