In an effort to kill their beer kegs before they spoil, the east end bar is encouraging their customers to get creative 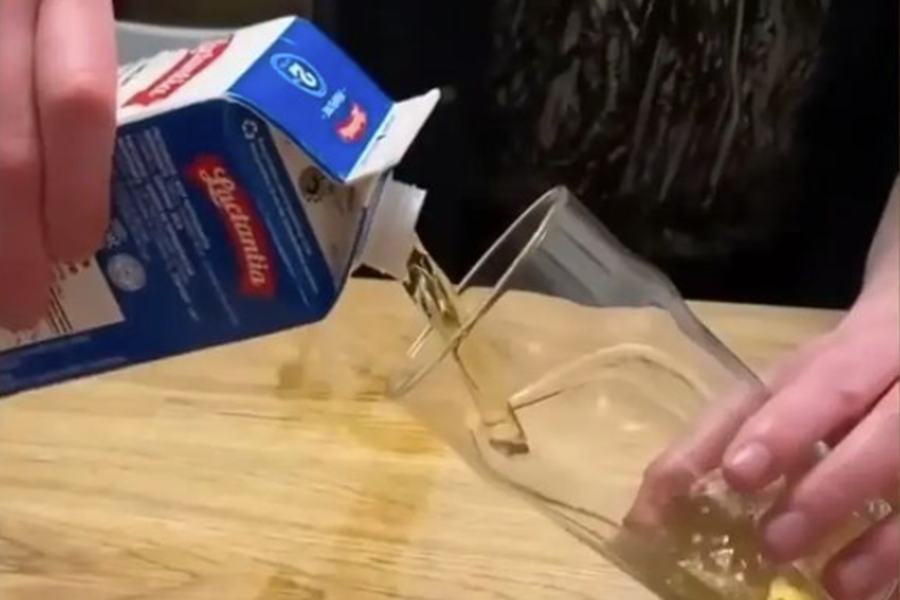 One of the creative beer vessels.

Ontario’s sudden shutdown of bars and restaurants for indoor service left many spots with more inventory than they could use. One Toronto bar came up with a fun idea to use up their beer kegs before they spoil.

“Hello Toronto, we’ve got a problem,” said Rachel Conduit, co-owner of Farside, on Instagram earlier this week. “We’ve got beer stuck in kegs, and we need your help to get it out.”

So they came up with a solution: bring in any container you have at home and they’ll fill it with draught beer. The more ridiculous the container, the bigger discount you’ll get.

In the couple of days since they posted the announcement, the patrons of the Chinatown East bar and its Hamilton offshoot have risen to the challenge. They’ve brought in planters and creamers, milk cartons, balloons, a Le Creuset pot, an Alf thermos.

Someone brought a laundry detergent bottle – an apparent tribute to Jonah Hill’s character in Superbad. Another brought a whole portable washer/dryer. That person may or may not have been a former food writer at NOW, who may or may not have filled it with fancy peach sour and Blood Brothers IPA for about $10 a pitcher.

(Some beer nerds who wanted a deep discount on something like Left Field Prospect have also just brought regular growlers or bottles, which is cool too.)

Eventually, Farside will come up with some sort of prize for the winner. They’ll keep the promotion going until at least this weekend, or whenever they run out of beer.

“The frustration is there, for sure,” says Farside’s other co-owner Mike Reynolds. “It’s a bit of a defense mechanism just to be able to laugh at the situation. But it also sort of reminds us why we got into this in the first place. We like to have fun and not take ourselves too seriously.”

This is the same bar, after all, that transformed into an old-school video store last time they couldn’t let their customers sit inside. Now, they stream the old VHS tapes on Monday nights on Twitch.

“We have it lucky compared to a lot of other bars,” Reynolds says. “We have about 20 kegs, which I think we can probably drain. And we have less than 10 staff that work for us at both bars. Plus, we’re lucky to have people who totally jive on our sense of humour.”

It’s not the best position to be in, but watching the community rally in this strange and fun way is helping him see the bright side.

“I had a friend who said it’s almost kind of punk rock to be optimistic right now,” Reynolds says. “We’re just trying to stay positive.”