Inside Aviator, a sleek family restaurant on the East Danforth

Brunch, bar snacks, and novel creations like ham and cheese-stuffed scallops are on the menu at Cinq Foods' first restaurant 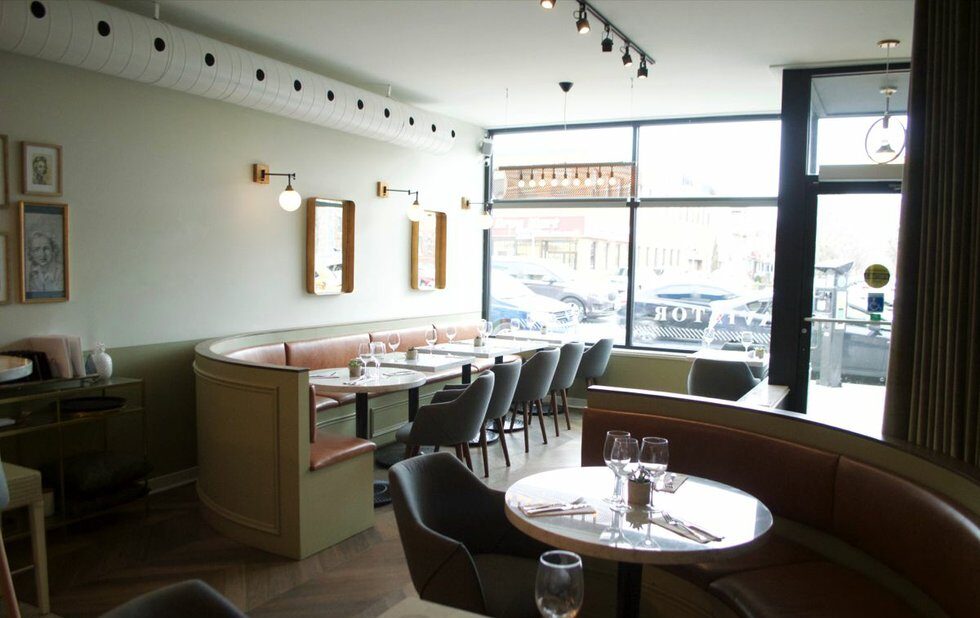 Aviator (1458 Danforth, at Monarch Park, 647-348-2680) is, in some ways, a rare kind of restaurant for the eastern stretch of the Danforth: A glossy (but not fussy) dining room with herringbone floors, gleaming brass accents and banquettes done up in soothing sage tones.

It’s as stylish and current a place as you’d find on Ossington or King West — but Aviator, in classic Danforth style, is a mom and pop shop at its core.

The owners, Alex Austriaco and Verity Crewe-Nelson, operate Cinq Foods, a busy catering outfit that mostly serves corporate clients. With eight years of catering under their belt, the couple were ready to take on a new challenge. They debated a few options — a dog-walking business, a laundromat — but, as longtime chef Austriaco says, “I really know nothing else but food.”

Wanting to stay close to home and their kids’ school, they searched around the east side of the city for a space, finally settling on a former flower shop.

“Our friends in the west end always want us to go out there for dinner,” Crewe-Nelson says, echoing the east-ender’s perpetual lament. “It’s nice to be able to walk to a restaurant around here. That’s a big deal for us.”

They took a year and a half to renovate the space, building a new kitchen and accessible washrooms (a nod to their broader goal of creating a welcoming, family-friendly space) in the back. 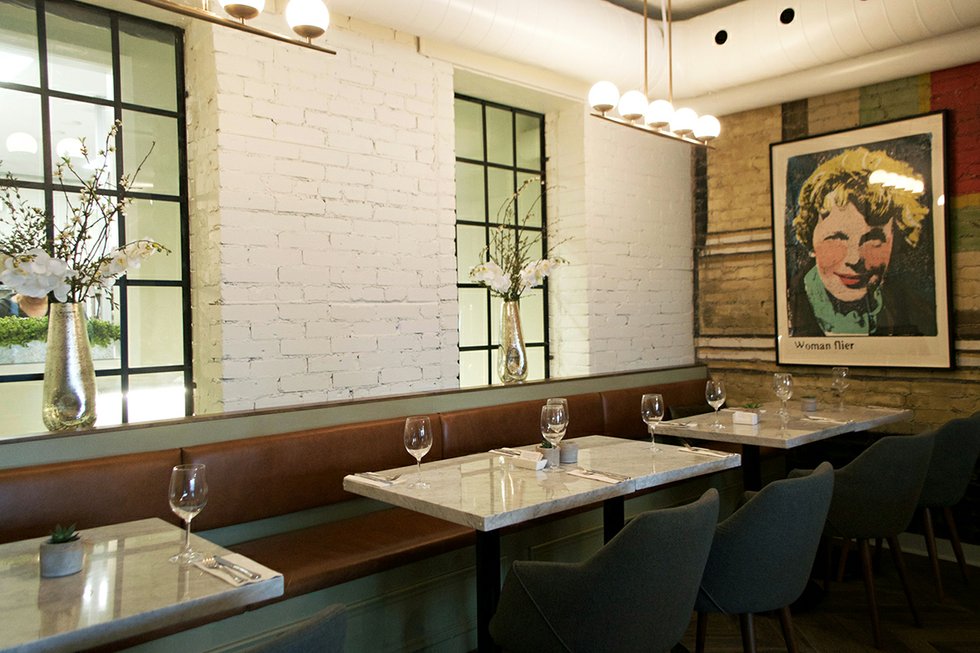 The restaurant’s name was chosen to evoke a sense of adventure and exploration the space is decked out with subtle touches like vintage navigational equipment and a blown-up newspaper photo of Amelia Earhart that features the subtitle “Woman Flier.”

During the reno, they uncovered an original hand-painted Coca-Cola ad mural from the 20s. You can only see a chunk of it from the restaurant (it stretches all the way up the wall into the second floor), but there’s one word that dominates the back wall behind the bar: “Delicious”.

That became the couple’s mission statement as they developed the menu, which became a mixed bag of mostly simple, nostalgic dishes.

“It’s not so much comfort food as it is indulgence in the things we like,” Austriaco says.

Crewe-Nelson adds that some of their staple dishes, like the octopus, are a nod to foods commonly served in the area, while a dish from Austriaco’s childhood, a rice bowl with kielbasa and eggs, made it on to the brunch menu. 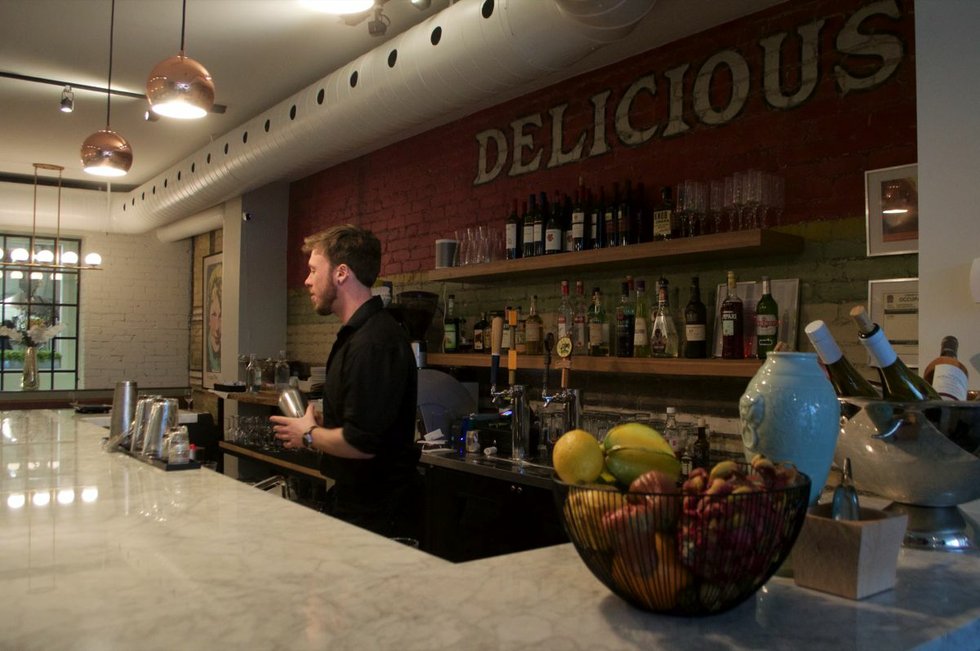 There are options for folks with different dietary needs (a holdover from catering to so many different types of diners with Cinq). They’re also appealing to a more chill evening crowd by offering a $5 bar snack with every beer or wine flight (whatever Austriaco is whipping up that day a recent fave is house-made apple chips).

The goal, the owners say, is to create something welcoming and familiar that the neighbourhood will embrace. “We’re committing here long-term,” Crewe-Nelson says. 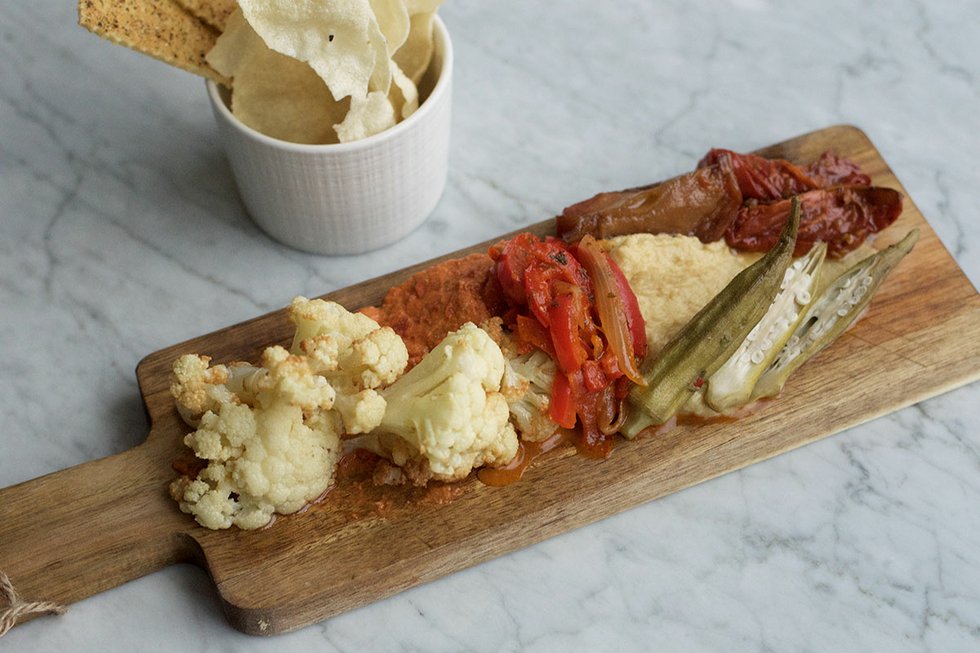 1. The menu features both omnivorous and vegan snack boards. The all-veggie option ($12) currently feature balsamic roasted apples (these ones are Royal Gala), pickled okra, cauliflower, hummus, roasted tomatoes, red pepper relish and tomato tapenade, with pappadums and crackers on the side. 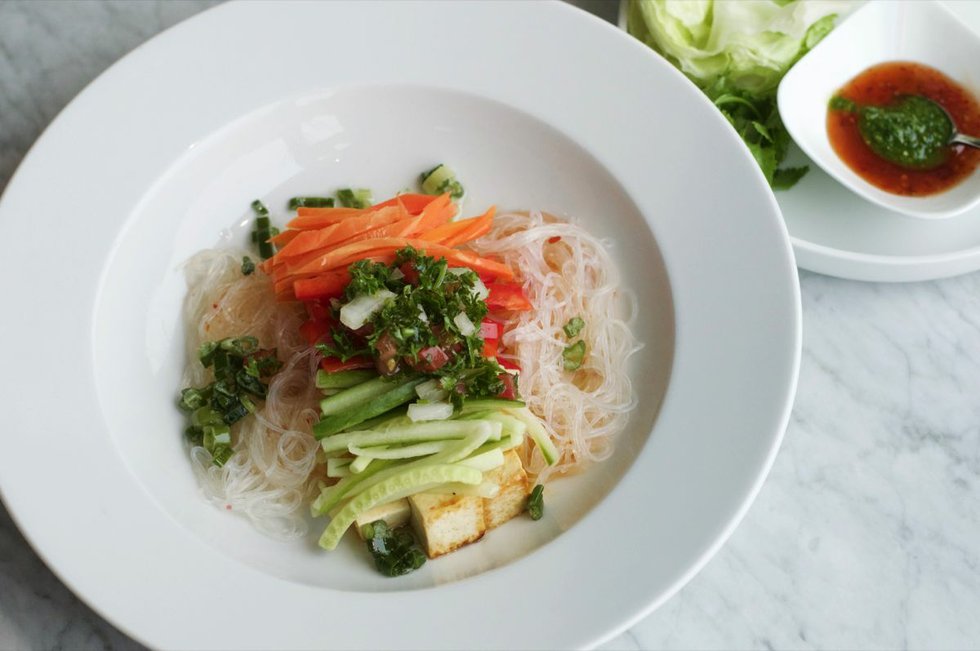 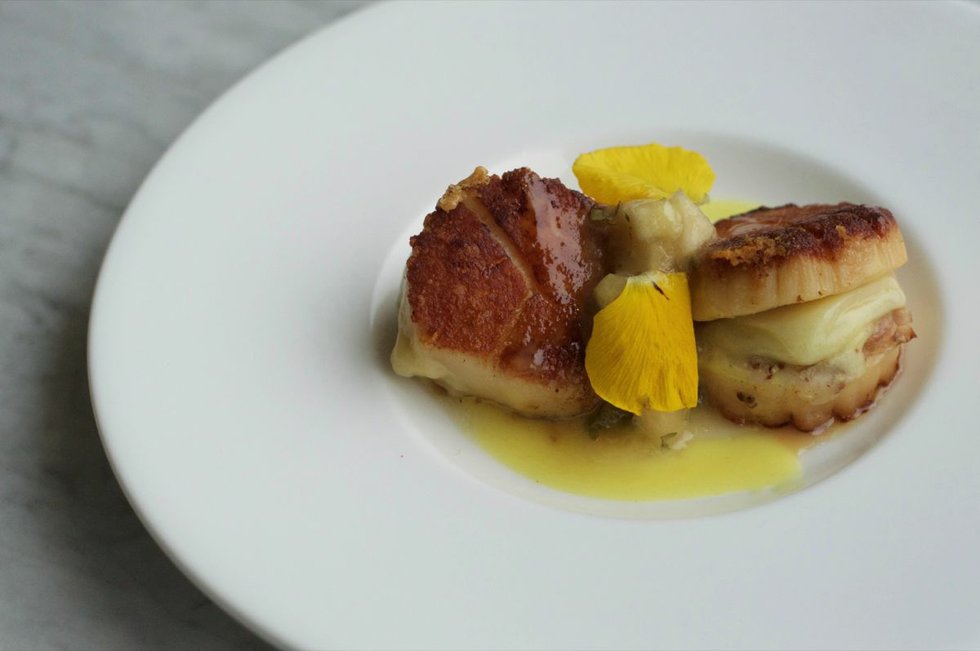 3. One of Austriaco’s more creative items — a riff on a ham-and-cheese sandwich — is seared scallops stuffed with ham, Gruyère and a little apple compote for sweetness ($16). 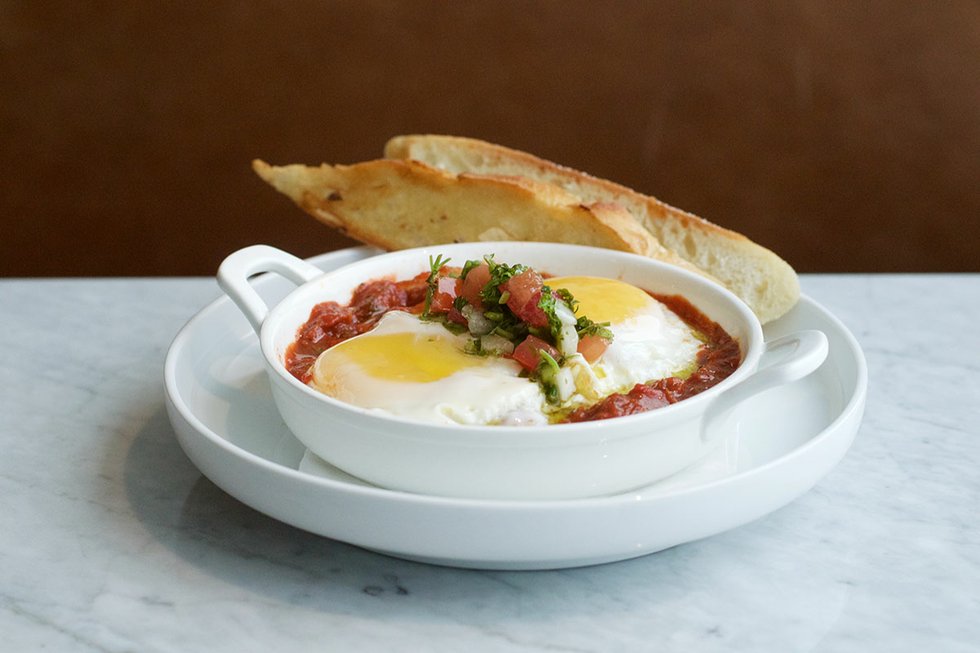 4. From the Saturday and Sunday brunch menu: A classic shakshuka with grilled bread ($14).

brunch Food food profiles The Danforth This week in NOW