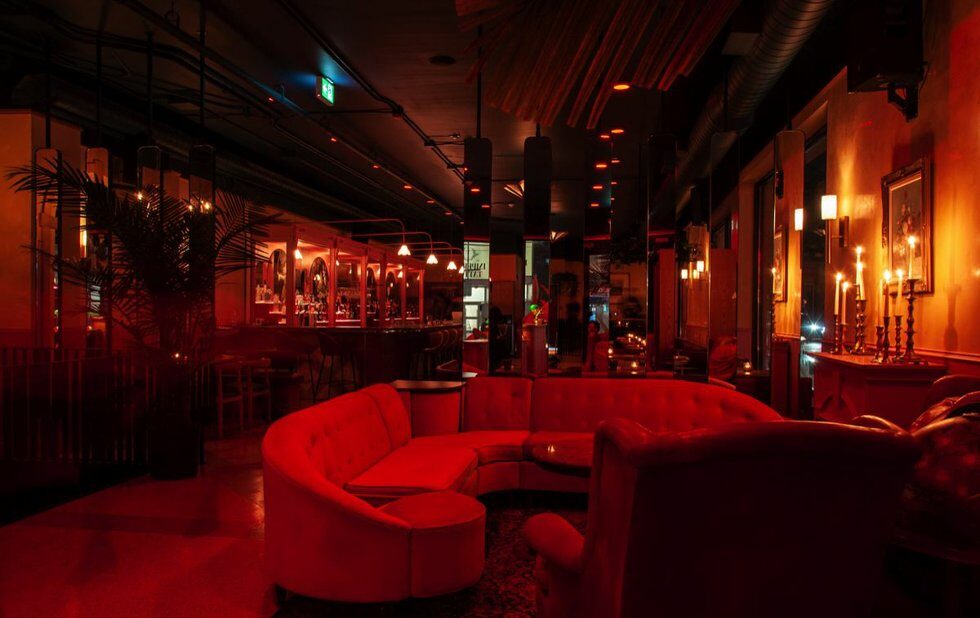 If you’ve ever stepped past that vinyl curtain into the vintage-chinoiserie splendor of Mahjong Bar, you know the creators of the Dundas West spot have a real knack for creating an atmosphere.

The follow-up spot to Mahjong – which just opened on Dundas West – promises an even more magical, immersive atmosphere. Bar Mordecai, now open at 1272 Dundas West (at Dovercourt), is a Grand Budapest Hotel-inspired space “styled after hotel lobby bars of yore,” the owners say in a release.

In addition to plenty of mood lighting, curvy couches, banquettes and a 28-foot mural of animals in human form (furry convention organizers, we have found your new afterparty spot), the space will expand in the coming weeks to include a second downstairs bar, plus five private dining rooms complete with karaoke.

But of course, atmosphere isn’t everything. The food (from chef Brian Ho) is split between bar classics like oysters and charcuterie, with a few Italian twists (like white bean salads, mortadella sandwiches and oxtail tortellini).

Cocktails from beverage director Andrew Perry are divided between spins on classics (like a gimlet or a dirty martini) and easy-sipping highballs, plus local and imported beer and low-intervention wines by the bottle or glass.

Hopefully it’s a heck of a lot better than the Johnny Depp movie.