NOW MagazineFood & DrinkFoodTry these beer jellies for breakfast or any meal

Try these beer jellies for breakfast or any meal

Of all the possible tag lines for her business, Francoise Briet has arrived at the best: The beer you can. 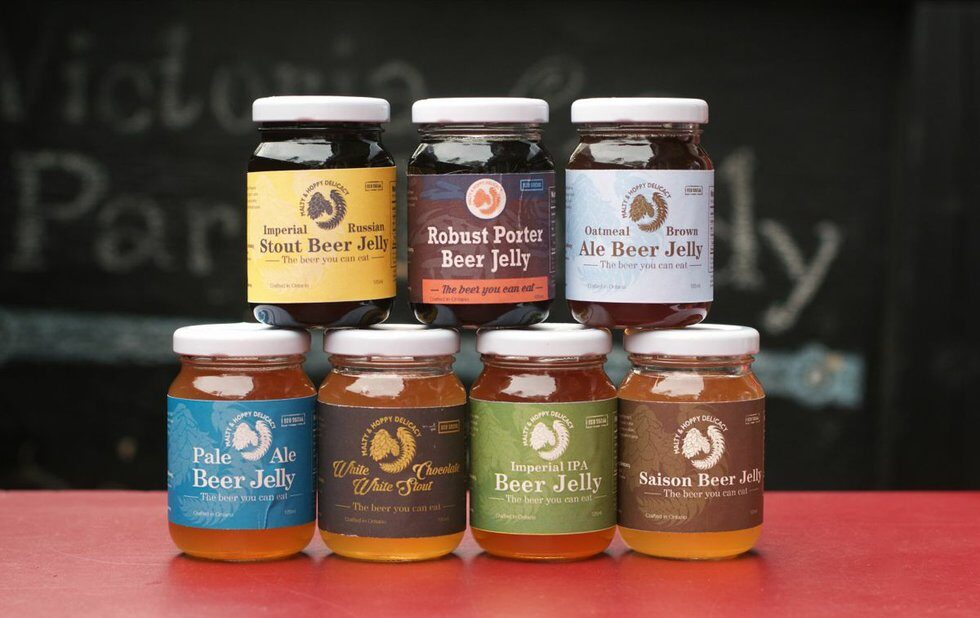 Of all the possible tag lines for her business, Francoise Briet has arrived at the best: The beer you can eat!

Briet, the owner of Malty And Hoppy Delicacy, uses the sudsy stuff as the main ingredient in a novel line of spreadable, edible preserves and not just any beer, but locally brewed heavy hitters like Black Oak 10 Bitter Years, Left Field Eephus and Wellington Imperial Russian Stout.

Briets love affair with beer began a few years ago, when she sampled a barrel-aged brew at Bellwoods Brewery. I found the beer had a nose like wine in France, she says. Im from Beaune, in Burgundy it brought me back there.

Inspiration struck, and Briet concocted a recipe that was 75% beer and low on sugar, allowing the flavour of the beer to shine. She reached out to local breweries asking to collaborate, and at first heard back from one: Black Oak, who supplied her with free product to create her IPA and pale ale jellies. Others, like Halo, Left Field and Wellington, eventually followed suit. Now, Briet makes eight or so flavours, along with some snackable ale and IPA glazed peanuts, and is experimenting with more jelly flavours while seeking to increase the companys production and distribution in time for the holidays.

So, what exactly does a beer jelly taste like? The versions made from paler beers, like the bright, citrusy saison (made with Left Field Sunlight Park) and peachier pale ale (Black Oak Pale Ale) vaguely recall a sweet wine jelly at first before a bitter hop finish takes over, adding a layer of complexity. That hoppy ending gets more pronounced in jellies made from darker beer, like the IPA, brown ale and porter, which pack richer flavours and a little more umami.

Pairing cheese and charcuterie with this stuff is a no-brainer, but Briet, who cooks for the French consulate as a private chef, is also bursting with recipe suggestions: If I think a sauce needs something, Ill put in a spoon of the beer jelly, and paf! its another story. She loves the saison and IPA jellies in salad dressings, adds the brown ale version to lamb burgers or caramelized onions, and glazes chicken with the pale ale jelly.

As for the utterly left field (but not, yknow, Left Field) white chocolate white stout jelly, made with Blood Brothers head-scratcher of a dessert beer?

Oysters! Briet exclaims. Scallops! Cured olives go so well with the white chocolate. Here, you can really go outside the box. It really brings something different something to surprise people.