NOW MagazineFood & DrinkFoodCheap eats Toronto 2017: Where to eat on a budget

Cheap eats Toronto 2017: Where to eat on a budget 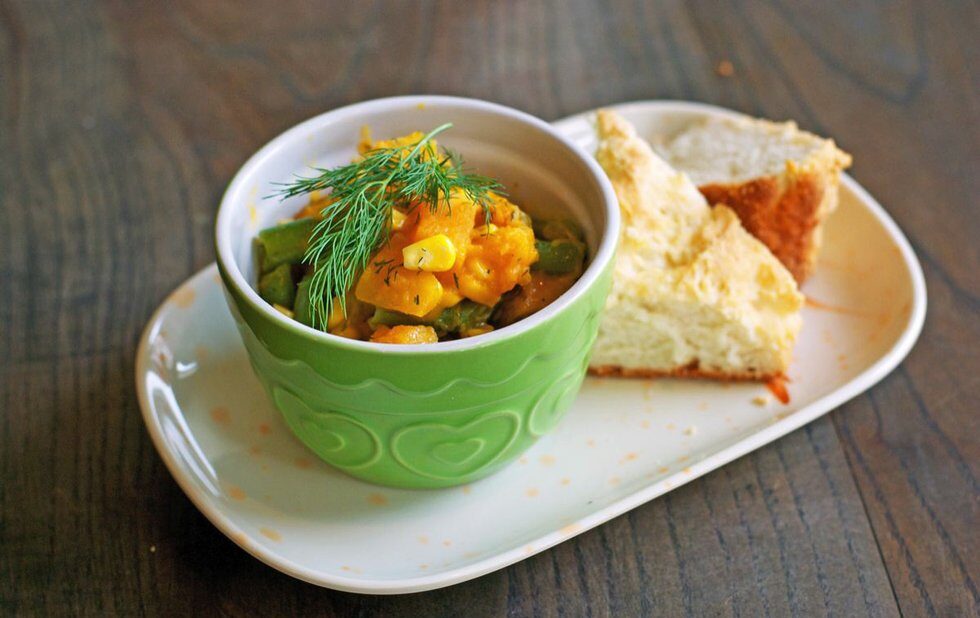 Chef Johl Whiteduck Ringuette’s Koreatown café is a centre for the promotion and preservation of traditional First Nations foods – a personal passion project for the Aanishnaabe chef. It’s also the home of his busy catering business, which dictates what’s on the menu from day to day. Whatever’s cooking, expect it to be delicious, nutritious and accessibly priced. Build a meal with bowls of Three Sisters stew and carrot ginger soup, squares of bannock and cornbread, bison sausage, venison chili or wild rice casserole – almost everything is well under $10. 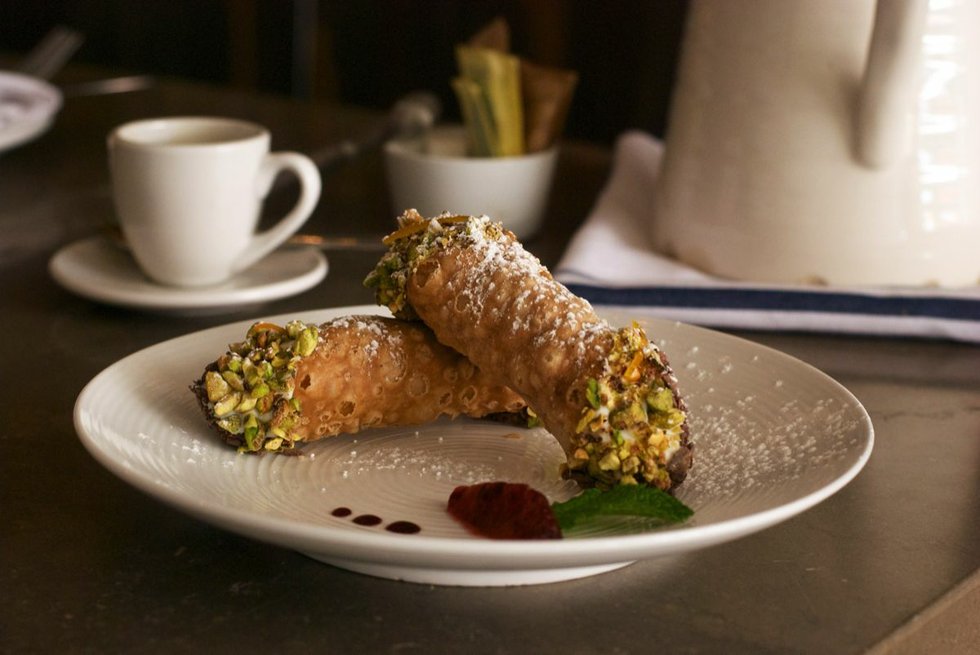 Jagger Gordon’s shipping-container soup bar has the distinction of being the cheapest spot on this list – in fact, everything’s free. Gordon buys soon-to-be-discarded groceries in bulk and transforms them into steaming bowls of goodness, with still-fresh donated bread available on the side. The stand is subsidized by pay-what-you-can donations, and every $2.50 equals an IOU chip that someone without funds can exchange for a free meal. 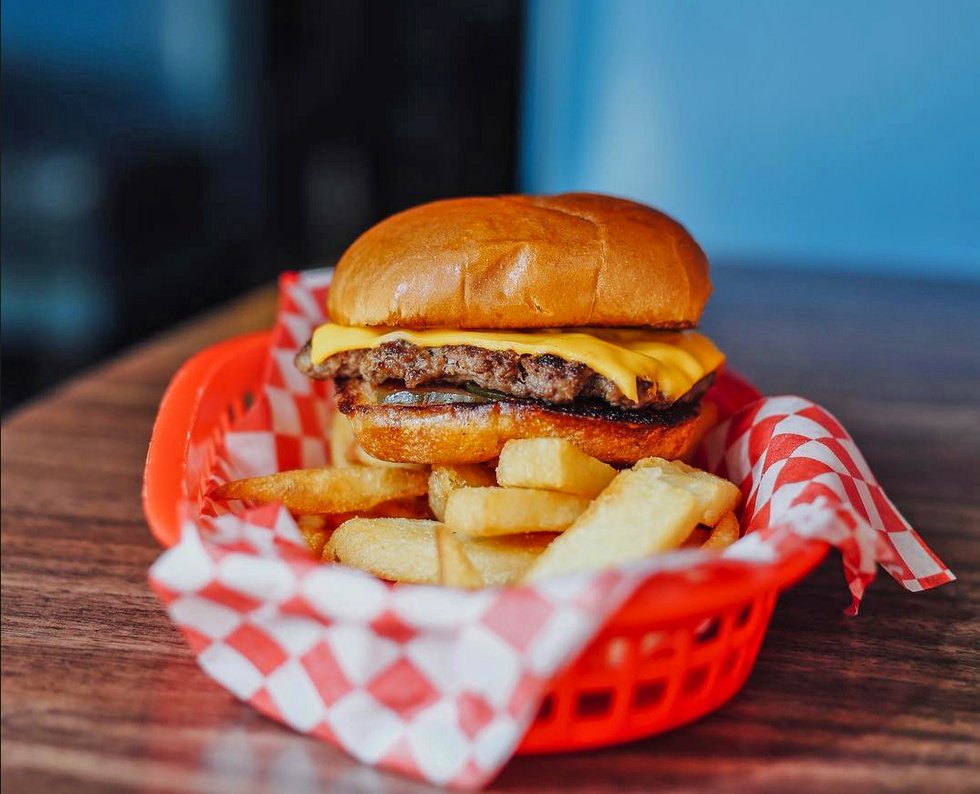 When the Petropoulous brothers retired last year, they sold this venerable Parkdale greasy spoon to Grant Van Gameren and Nate Young on the condition that they maintain the diner’s integrity. It’s safe to say they upheld their end of the bargain: prices budged moderately post-takeover, but the only nod to splashy modernity on the menu is avocado toast, which somehow sells for a bargain $6 – hey, you might be able to afford this and a house! “Harry’s Usual”, a basic two-egg breakfast, will set you back $8.50, and the basic burger with fries, though -lamentably no longer $6, is still money well spent at $12.50. 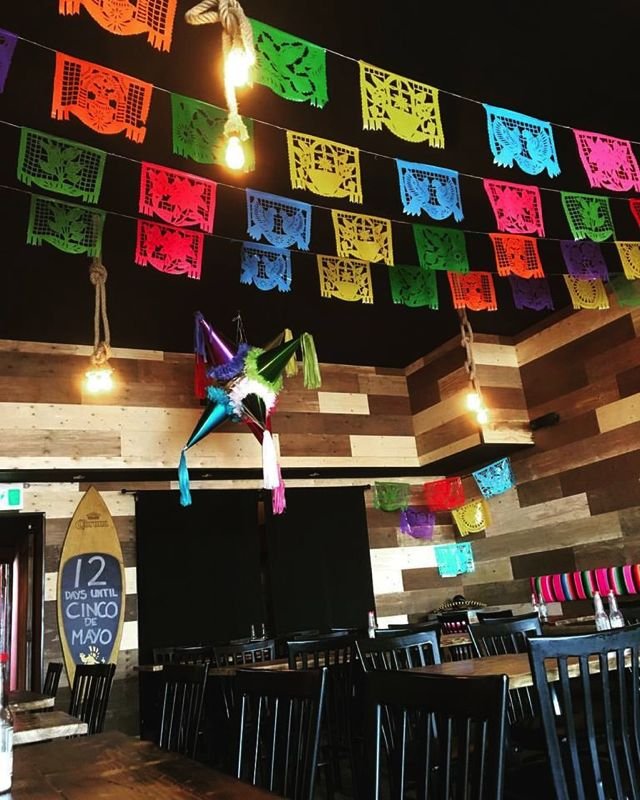 Bloor and Shaw’s loss was Victoria Park’s gain earlier this year, when the Copto family packed up their beloved taco shop and moved it closer to home in Scarborough. (Bloorcourt got the gorgeous, if decidedly not-cheap, Mulberry Bar, so don’t feel too bad for them.) The new space is a looker, with banners, lanterns and reclaimed-barrel wood, and the food’s as tasty and inexpensive as ever. Pairs of tacos stuffed with carne asada, grilled fish or al pastor pork go for $5.99 (that gets you a single at some other places), while lime-squeezed ceviche tostadas hover around $5. 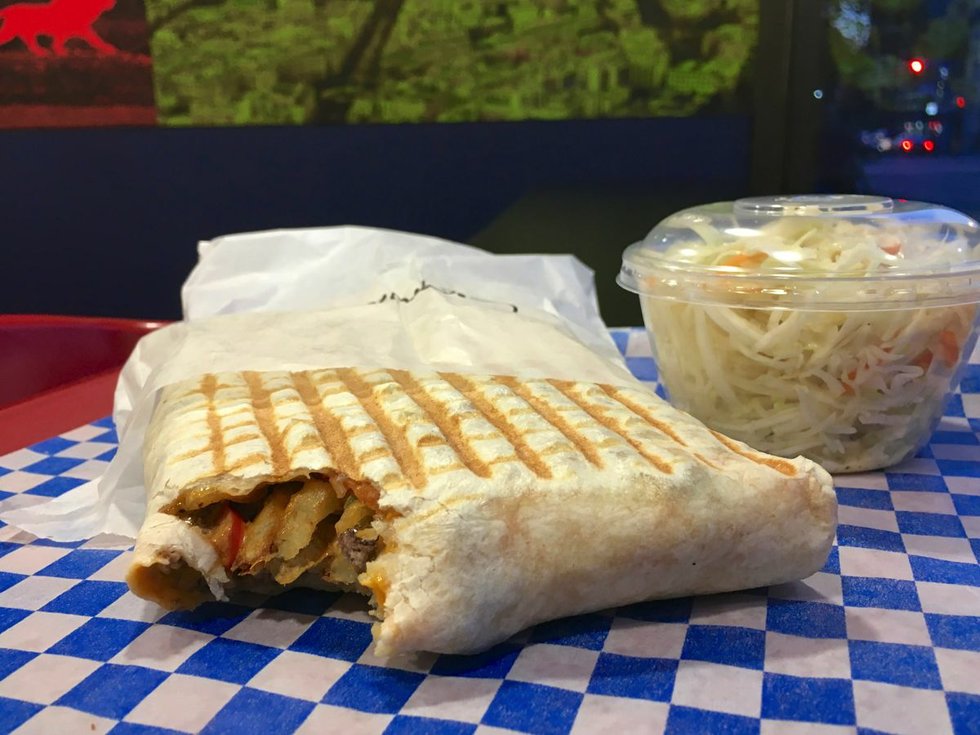 We’re glad French food finally took off its starched dress shirt and came down to join Toronto’s street-food party, already several years in progress. This east-end spot, decked out in splashes of red, white and blue, is a love letter to the carby, meaty, cheesy delights our Gallic counterparts like to indulge in after a lil’ too much Beaujolais. Classics like croque monsieurs and profiteroles are here (and less than $5) – or try a “French taco” (actually more like a burrito with Algerian-influenced toppings) or a roulé, a wrap built on a pizza-like dough. Nearly everything’s under $10 tu ne regretteras rien.

Did Broadview and Gerrard really need another pho place? Maybe not, but deal hunters will want to get Pho East on their radar anyway. Their pho bowls – from a crispy tofu and veggie broth version to a seafood-laden tom yum-style bowl – are all $9.99 or less, belly-filling bowls of bun go as low as $7.99, and their “light menu”, which gets you a small bowl of soup and a spring roll, is $8.99 across the board. And does your local Vietnamese joint have lemon pepper chicken wings on the menu? 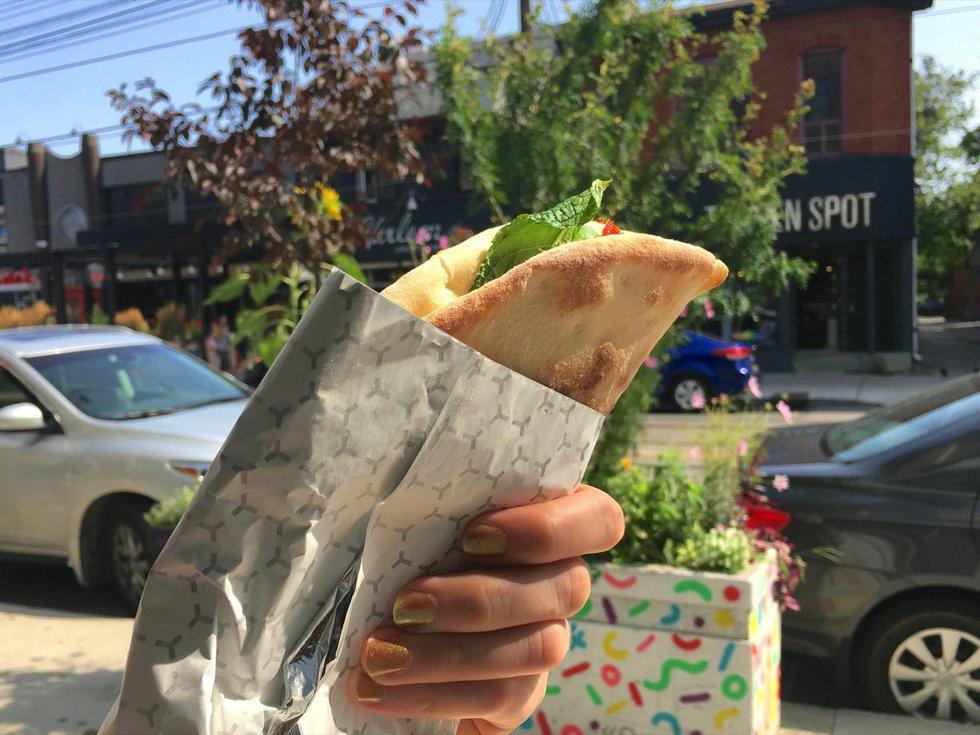 Breakfast, lunch, dinner or snacks – Syrian manaeesh, a flatbread stuffed with toppings like labneh, za’atar, halloumi or meat, does it all. Sample the doughy goodness for yourself at this newly up-and-running family-owned cafe on Queen West, where the vibe is airy, the service is friendly and the prices are even friendlier. Most of the manaeesh offerings hover around the $6 mark, sides like tabbouleh and hummus go for $5 or less, and dessert – all based on the traditional cheese-and-pastry dish knaffeh, including a banoffee pie-style version – is $5.25. 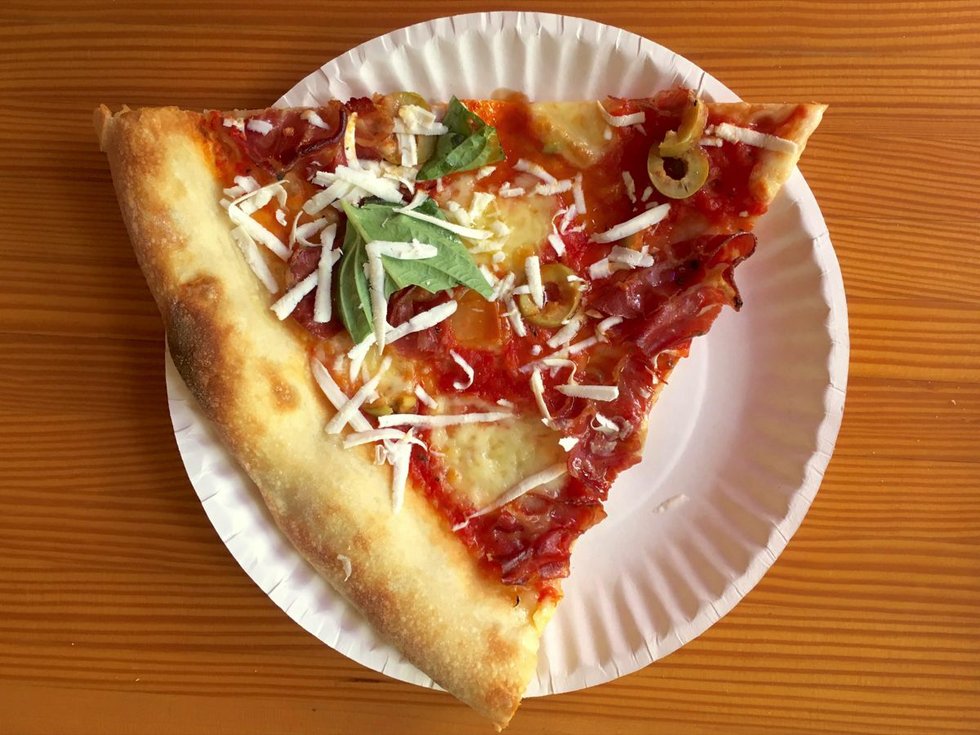 Ex-Chantecler and Bar Fancy chef Jonathan Poon added some chef-y pedigree to everyone’s favourite cheap eat – the takeout slice – when he opened take-out/dine-in kitchen Superpoint on Ossington earlier this year. Demand for delivery was so high that a takeout-only location, Superpoint Express, followed not long after in Parkdale. Not everything here is super-budget, but it’s hard to beat a $5 slice, especially when they come loaded with luxe toppings like mushroom cream, Grana Padano, cremini ’shrooms and arugula. 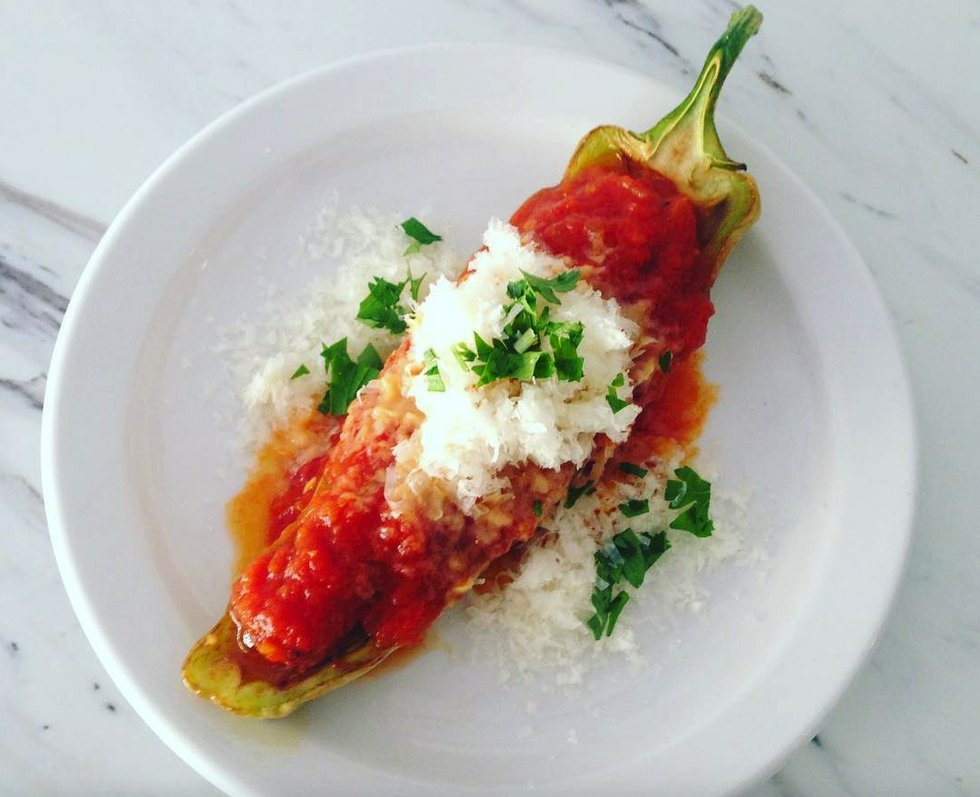 Why does every trattoria in town charge $20 for a bowl of pasta? (Yes, I know it’s made from scratch by the best in the biz – but when a box of spaghetti and a can of tomatoes is still $3, I’m gonna save my cash.) Red-sauce joint Sugo appears to understand the plight of the homesick and broke Italian (aka me), offering plates of rigatoni in spicy blush sauce, ricotta-topped gnocchi or spaghetti with meat sauce for a reasonable $9. Sides include a sausage-and-cheese-stuffed pepper for $3 or garlic bread for $4. 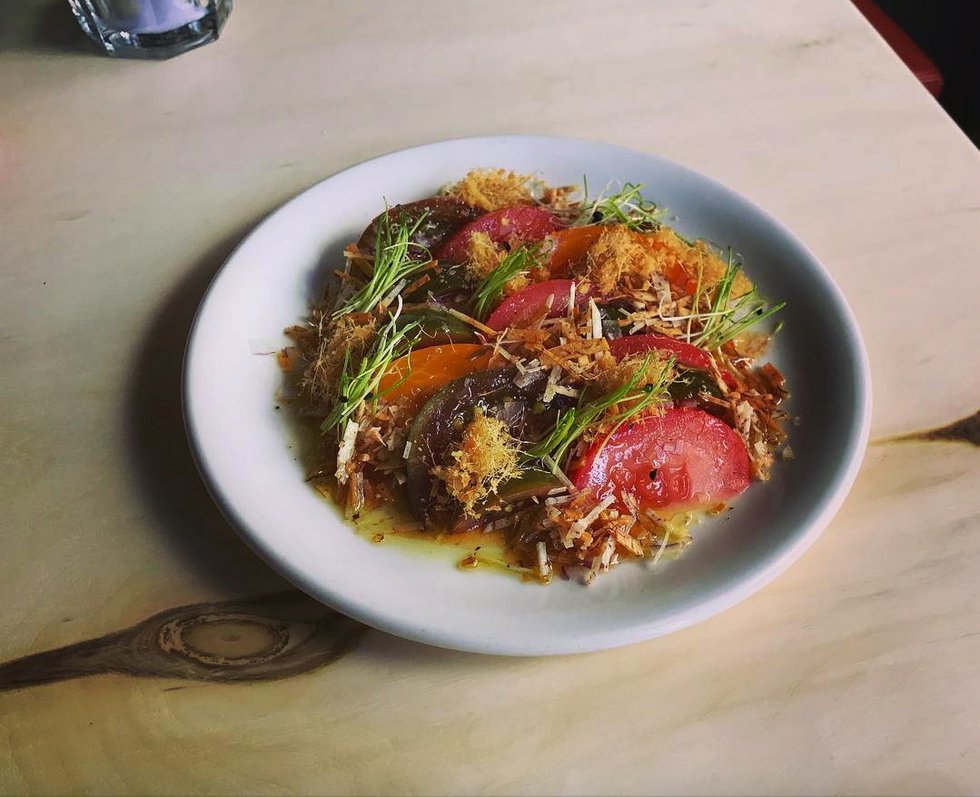 Presentation is usually the first thing to go in the “cheap eats” department – but this soju bar does its predecessor, pwyc restaurant The Atlantic, right with a menu of Korean-inspired bar snacks that are unusually fine for the price. Where else would $4.50 buy you a gorgeous little plate of grilled pineapple accompanied by chiffonaded mint leaves and a slalom of burnished meringue? Keep this spot in your back pocket for a date night that won’t break the bank.

For the lowdown on some classic Toronto cheap eats, check out T.O.’s 20 Best Meals Under Five Bucks and Where to eat on a budget in Toronto.