Bottomless iced tea and 50 types of cheesecake are worth travelling for, but soon you won’t have to 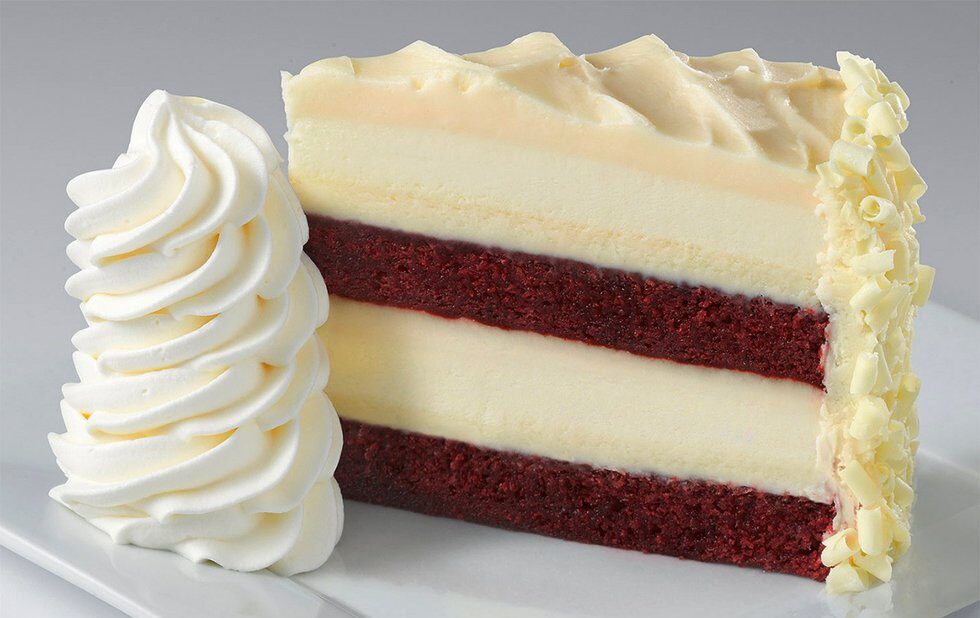 People who’ve never been to the Cheesecake Factory might not immediately see its appeal. It’s American. It’s a chain restaurant. And it has the word “factory” in its name.

You’re probably wondering why it’s opening its first Canadian location at Yorkdale Mall in September. What kind of restaurant needs 10,400 square-feet of space, plus two covered patios? WHAT IS THIS INSANITY?!

Having dined at them more than a half-dozen times, I’m here to tell you all about the wonders of the Cheesecake Factory. Amongst my friends, I consider myself a bit of a Cheesecake connoisseur, an aficionado of sorts of great American dining.

By the time you’re done reading this special firsthand account of WTF is a Cheesecake Factory, you’ll be so excited about its arrival at Yorkdale Mall, you might find yourself driving to Buffalo over the long weekend just to get a taste. Grab your heartburn meds and a packet of Imodium, people!

For starters, the restaurant’s name – it’s a little confusing. But actually, they make more than 50 kinds of cheesecake. It all started when a lovely lady named Evelyn Overton decided to open a cheesecake shop in 1949 in Detroit. She eventually left the business to her kids, who took it to LA, added fast-food items and sold the cheesecakes wholesale – hence the “factory” bit.

Nowadays, the Cheesecake Factory has more than 150 locations, and I’ve eaten at three of them. The first time was in the early 2000s during a family vacation to Honolulu.

There wasn’t a beach view at this location, but a sprawling AstroTurf lawn surrounding it, to give you a sense of what we’re dealing with here. The entrance to the restaurant had a large glass display case filled with cheesecakes – strawberry, mango and chocolate flavours as well as those covered in chocolate bar chunks and candy. The glass display case looked like it was rarely wiped down: there were sunscreen-oiled finger- and nose-prints all over the thing. I took my beach sarong and rubbed down a little spot to get a better look at the cakes (as one does). A kid next to me licked the glass.

I can’t recall what I ate for dinner that first time, but I do remember the pop and about five varieties of iced tea were “bottomless,” a term I’ve only come to know through American dining. I also remember that most of the food was fried. What wasn’t fried was served in a bread bowl, or came with breadsticks or topped with croutons. Near the end of the meal, I ordered a white chocolate raspberry cheesecake, which was topped with an ostentatious amount of whipped cream – perhaps to mask the “quality” of said cheesecake. To my teen palate, I knew no better, and thought it was the greatest meal ever.

Flash-forward about a decade later and I was onto my fourth encounter with the Cheesecake Factory. This time, it was in Las Vegas at the Caesar’s Palace at around 3 pm. Maybe not my finest moment.

I was with a boyfriend, and we thought it wise to dine at the Cheesecake Factory because they literally have something for everyone. Their menu offers no fewer than 100 dishes covering pizza, pasta, sandwiches, curry rice bowls, salads, 20 chicken entrées and burgers they call “Glamburgers.”

The whole thing was like a laminated novel made using Microsoft Paint in the 1990s. As I started flipping through this book of culinary wonders, our server arrived and recited the spiel about bottomless pop and five kinds of iced tea – just like I remembered! Again, our meals came, we ate, and I cannot for the life of me recall what I consumed. This isn’t one of those “What happens in Vegas, stays in Vegas” things. I’m quite certain it’s some sort of side-effect from dining at the Cheesecake Factory: temporary memory erasure.

The last time I ate at a Cheesecake Factory was in Chicago. I was an adult by now and able to make my own smart decisions, so naturally, I spent my final meal in Chi-town dining at a subterranean Cheesecake Factory hidden along Michigan Avenue. I was suffering from what felt like a combination of heat stroke and “hangry,” and desperately needed air conditioning and bottomless iced tea to revive me. Did I have nachos? Maybe, or perhaps I had tater tots covered in nacho toppings. Again, I can’t be sure, but I came, I ate and I left.

So why am I so excited to hear that the Cheesecake Factory is finally making its way to the Great White North? Part of me wants to relive these tender, slightly confusing moments of my youth. Part of me wants to go gangbusters on a cheesecake covered in Snickers bars and whipped cream. Mostly, it’s because I want all of you to experience the ol’ Cheesecake Factory for yourself. You won’t regret it. And if you do, you probably won’t remember it.