Do the Harlem shuffle

No question that Carl Cassell’s quirky Harlem on Richmond East is responsible for some of the tastiest soul food in town. And no one’s arguing that its sister resto, Irie Food Joint, on Queen West didn’t inherit the late Bamboo’s laid-back island vibe.

So why is Cassell’s and long-time chef Anthony Mair’s just-completed transformation of Irie into Harlem Underground off to such a shaky start?

It can’t be the room, since it’s virtually unchanged since its Irie days, a darkly romantic bordello-like space lit by red-bulbed chandeliers, it’s zebra-printed tables pushed close, a wall of Red Stripe ($4.95) behind glass leading to one of the chillest backyard decks on the strip. And it’s certainly not the tunes, the same energizing mix of Prince and Bob Marley that’s been playing at both spots since day one. 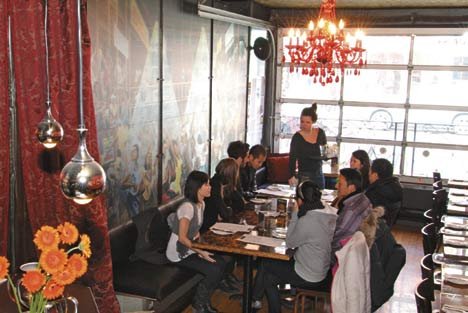 No, the problem lies in the Underground’s wildly uneven kitchen.

Mair’s budget-minded card starts off promisingly enough. Listed on the newly expanded menu with the boast, “I know you’ve been waiting for this one,” a starter of Southern fried chicken wings ($8.95) lives up to the hype, five deliciously addictive wings deep-fried in cornflake batter and finished with maple syrup. Too bad the catfish and collard green soup ($5.95) – “not for the tame” – packs the punch of a damp squib.

Frogs’ legs ($8.95) are on Underground’s online menu, but we’re told with a laugh that they’re not available, so we settle for more deep-fried dill pickles in fritter batter than a table of four could eat ($2.25). And, no, they don’t taste like chicken. 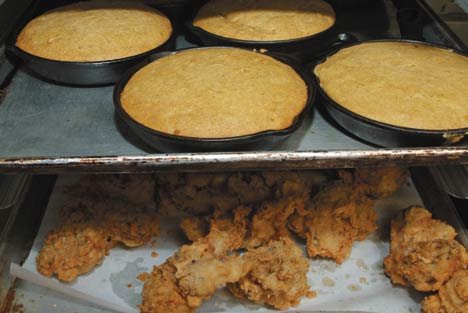 Mair gets back on track with unusually meaty short ribs ($16.95) slow-braised in molasses, thyme and Scotch bonnet peppers à la Jamaican oxtail, with stewed collards and onion on the side. And three slabs of retro turkey meat loaf ($13.95) would be a slam dunk if they came with some down-home giblet gravy and mashed potatoes instead of Creole ratatouille.

A separate side of don’t-miss macaroni laced with Asiago and smoky bacon ($5.95) could use a couple of minutes under the broiler to crisp it to perfection. I expect two pieces, tops, when ordering cornbread ($3.95) and sweet potato bacon biscuits ($3.50), but six of each arrive. Shame that the former are barely warm, the latter even less so and not worth finishing.

Those with braces should stay away from candied yams ($4.95) so sticky with caramelized sugar, they could double as dessert, even though they show up a good 15 minutes before any of the mains. A huge portion of sweet potato fries ($3.95) – and almost all of Underground’s aps and entrees are Olympic-sized – soon grows cool on unheated plates. 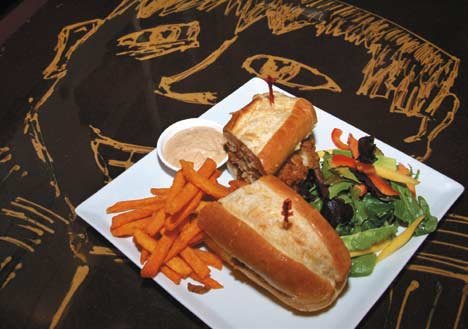 Our overly gregarious server – he introduces himself by name several times and signs our bill with an exclamation point – repeatedly sings the praises of the house’s Southern fried chicken and waffles. I’m a sucker for this guiltiest of pleasures, and bite. Big mistake.

Rather than the crispy battered boneless thigh that comes on the Fat Carl sandwich ($9.95), I get two unidentified KFC-esque nuggets complete with bones. Next to them, I encounter a 10-inch-wide inch-thick waffle so cold its pats of butter refuse to melt and a mini-tureen of maple syrup, its advertised chipotle, coriander and lime infusion AWOL. And who makes chicken and waffles without gravy?

Clearly, Harlem Underground has yet to find its mojo. Until then, stick with the rib-stickin’ ribs and finger-lickin’ fried chicken, but steer clear of those god-awful waffles.