Electric Mud BBQ to shut down 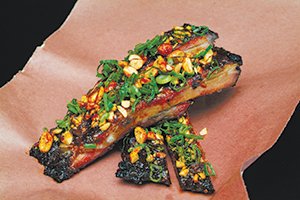 It’s been a rough past couple weeks for barbecue fans in Toronto. First, Smoke Signals BBQ announced it had served its final brisket on Dundas West, and now, Electric Mud — a spot that stoked Toronto’s then-nascent barbecue fever when it opened in 2013 — will also be hanging up its tongs for good.

Owners Colin Tooke and Ian McGrenaghan, whose other restaurant Grand Electric launched a local taco craze and a miniature local food empire, announced that December 23 would be Electric Mud’s final day of service. The duo added that they intend to open a new project within the 5 Brock space.

“In the meantime, come by to get your last taste of that famous fried chicken or a pint of that crispy cold $2 beer,” they wrote.

Read their full statement below: