Which brand slid into first place? 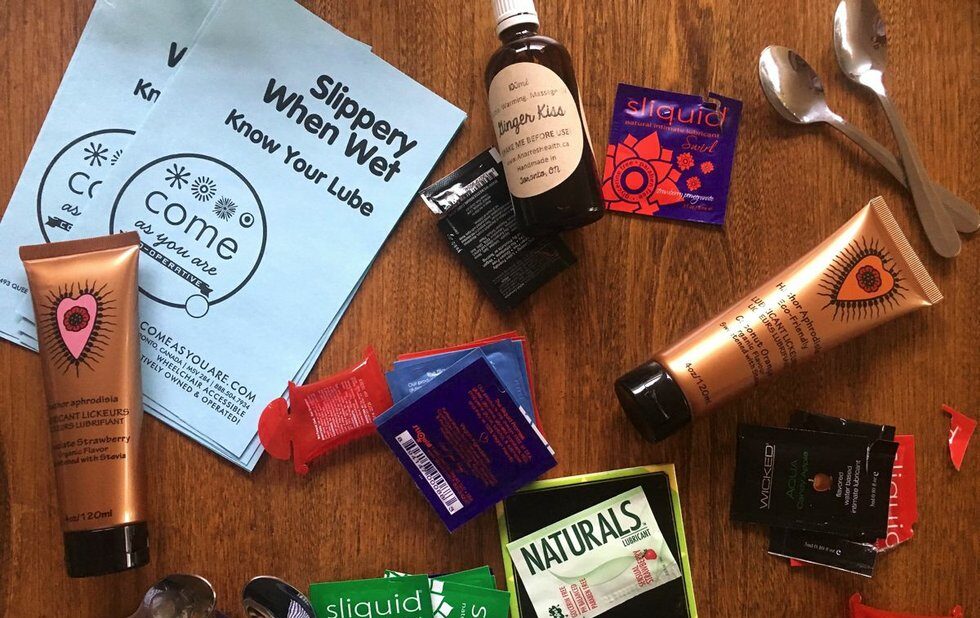 Fine dining, chocolates, champagne – there’s plenty to savour about the holiday of lovers. But what happens after you get home from the big date?

In honour of Valentine’s Day, and in an effort to put the “service” back in “service journalism,” we put our finely-tuned palates and years of professional expertise to use sampling eight of the finest flavoured personal lubricants Toronto’s sex shops have to offer. Don’t say we never did anything for you. 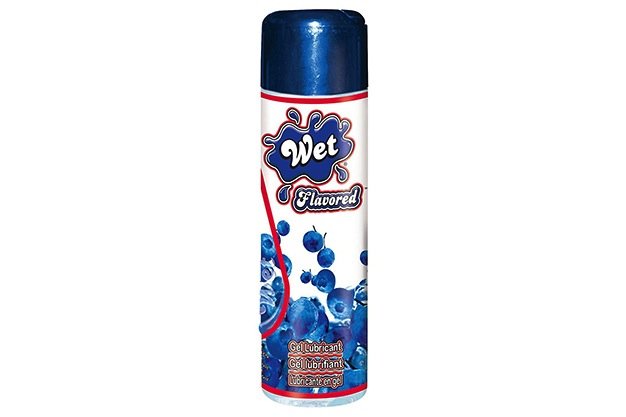 Sarah: It does. Do you think we’re gonna get sick from eating this much lube?

N: It does taste sweet, with a vague berry-ness, but it’s also really bitter, at least if you eat this much of it.

S: Should we start eating less?

S: It kind of tastes like a shitty sucker. Like a lollipop you get for free at the doctor’s office. 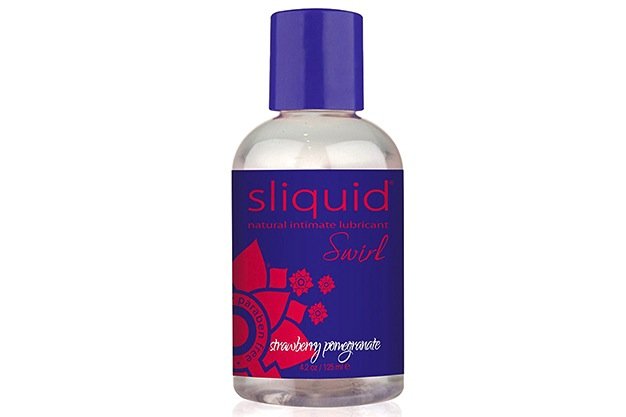 Available at Come as You Are (comeasyouare.com).

S: It smells like strawberry Hubba Bubba. I know because I ate a shitload of that when I was a child. [pause] Tastes like it, too.

N: Bit of a lighter consistency than the last one.

S: It’s not as goopy and slick. Which is somewhat ironic, given the name.

N: The weird chemical bitterness isn’t there on this one. But I’m not getting much pomegranate.

N: It does contain pomegranate flavouring. This is less artificially based than the last one.

S: I definitely like this way more. Not only does it taste like what it’s supposed to, it doesn’t stick around in this uninvitingly awful way. 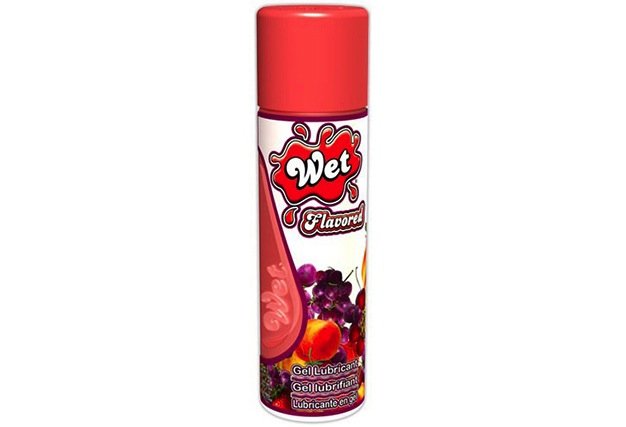 S: I’m excited for this one. I like passion fruit a lot, so my expectations are high.

S: It does taste like fruit punch. Mostly it’s just sweet. It’s not even that fruity.

S: It’s weird that it doesn’t really smell like anything. This one’s kind of disappointing. It doesn’t taste like passion fruit at all.

N: It’s hard to pick out specific flavours in (artificially flavoured) things like these. You start to think, “Does it really taste like what it says on the label, or am I imagining it?”

S: Your brain understands the difference pretty quickly between candy strawberry and real strawberry. It’s not the same flavour. But the strawberry one we tasted delivered on that candy strawberry flavour, and this is not delivering on candy passion fruit. It’s kind of like a cop-out – when you say “passion fruit punch,” you’re setting up expectations. It think it’s kind of boring.

N: This lacks both passion and punch. 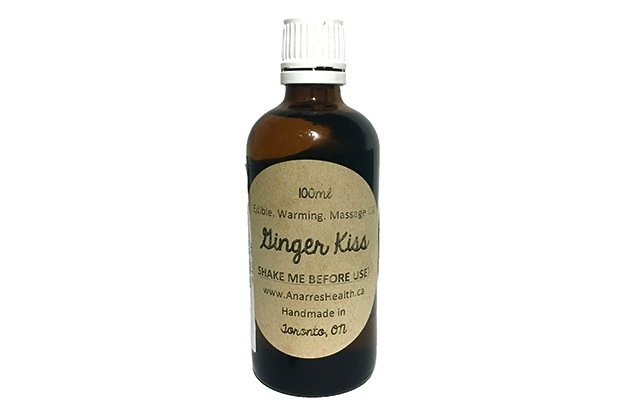 N: This one’s made in Toronto and comes in a fancy artisanal bottle. It’s actually a massage oil, not a lube, with sunflower seed and jojoba oils, vanilla and ginger root. So this is some hippie shit right here.

N: [Shakes bottle for at least a minute]

S: You gotta dash it like a bitters bottle.

N: If you had somebody you wanted to massage, after 20 minutes of you shaking the bottle, they’d be like “Fuck this – I’m going home.”

S: Your candles would burn down to nothing.

[Upon closer inspection, the directions suggests users actually remove the pouring nozzle from the bottle before use, since the product is so thick it won’t flow out freely — an odd and counterproductive packaging decision.]

S: This is overwhelmingly gingery. Holy shit, we didn’t need more than a few drops.

N: It’s good. There’s something a little mentholy. Hint of Vicks VapoRub. But it’s ginger-forward, for sure.

S: It actually tastes like ginger was ground down, boiled and used in this. The ginger spice comes through, which I like. This is the most wholesome so far.

N: You could use this as a syrup in something.

S: Should I make us some old-fashioneds? 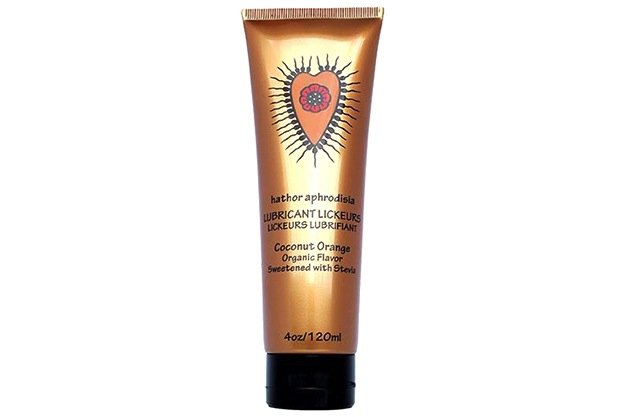 S: I smelled both of those things right away. So far I’m impressed. It’s a little… opaque? Which I’m finding a bit of a turnoff. [We sample it and grimace.] Smells way better than it tastes.

N: Way better. The coconut is there. The orange is there. But….

S: It’s bitter up front. What is that?

N: All the stuff that makes it lube, I guess.

S: I had high expectations, and it just hit me with a bitter blast….

S: What we really should have done is get drunk before this.

S: We got plenty of Ginger Kiss left.

N: I’m not sure if this is worse than the blueberry one. 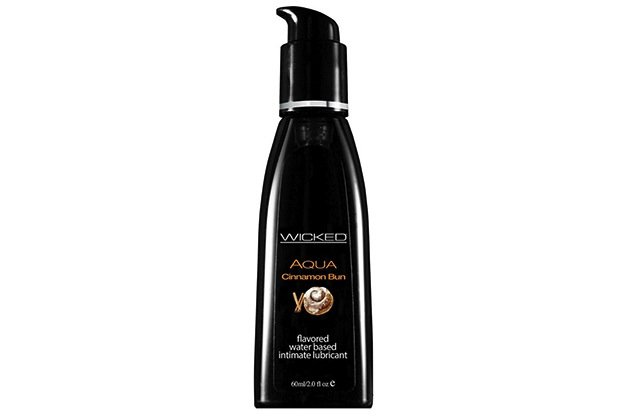 N: It’s vegan, paraben-free and gluten-free! I can’t tell if it’s super-, super-naturally based, but then again, it’s not like there’s cinnamon bun extract you can put in this shit. Okay, so this has a looser consistency than the last one. Smells like cinnamon and vanilla.

S: Doesn’t give you the satisfying waft you get when you walk past the Cinnabon in Dufferin Mall!

N: Know what? It’s actually not bad. Kind of like a cinnamony maple syrup. I’ve been trained so far to expect a hit of chemical flavour, but this one doesn’t really have that.

S: Now that I’ve had a little more, the cinnamon really comes through. And the icing – I don’t know if that flavour is just icing sugar or vanilla, but it’s pretty good. I’m shocked, because I thought it was going to be disgusting. This whole experience has been fucking with my mind a little bit.

S: She went back for seconds! Do you think it’s weird that we enjoyed the cinnamon bun one the most, and cinnamon buns are at the highest popularity they’ve been at for a while?

N: Maybe we’ve just been trained to prefer it for that reason.

S: You have any poké lube? 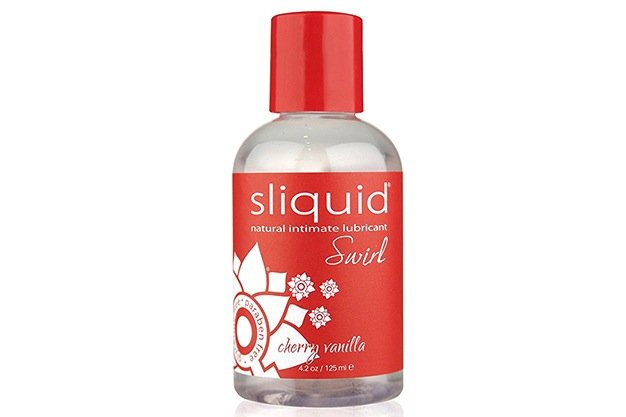 N: Back to the Sliquid. Hopefully they repeat their strong showing.

S: I have a personal issue with fake cherry flavour. I don’t like anything that says “cherry” on it that isn’t an actual cherry. This smells like Dr. Pepper, kind of.

S: It’s not bad. Maybe there’s enough vanilla in it to balance the cherry out.

N: It’s kind of hitting me with a weird aftertaste. But that could just be the cumulative after-effects of eating this much lube. Or it could be that it’s sweetened with aspartame – like with Sweet’n Low, you get that bitterness.

N: I can’t tell if it’s naturally or artificially flavoured.

S: I think it is natural, because of that cherry pit flavour.

N: This is why I wanted you on board today.

S: Yes. I’m getting all the nuances of the cherry vanilla lube. 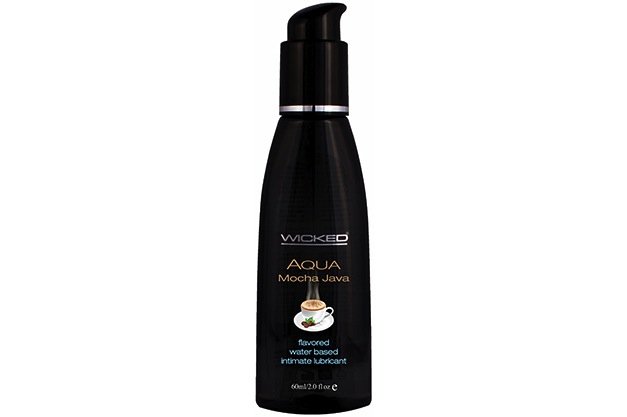 S: This is the one I’m most curious about. I want to know if someone could pull off coffee-ish flavoured lube.

S: It totally does! It smells kind of boozy. Is that just me, because it’s happy-hour time?

S: Strong showing. It’s weird that there’s a little coffee cup with chocolate shavings on the package, but it delivers on that!

N: Does what it says on the package. You could make a dope White Russian with that.

S: The Dude would approve.

S: I guess I’m impressed with how true some of the flavours were.

S: I wish I could say this was educational. I hope it helps somebody, somewhere.

N: I look forward to going back to reviewing things I can actually derive sustenance from.

Correction: In an earlier version of this story, the Ginger Kiss Massage Oil was identified as manufactured by Rhea Moon. It is made by Annares.