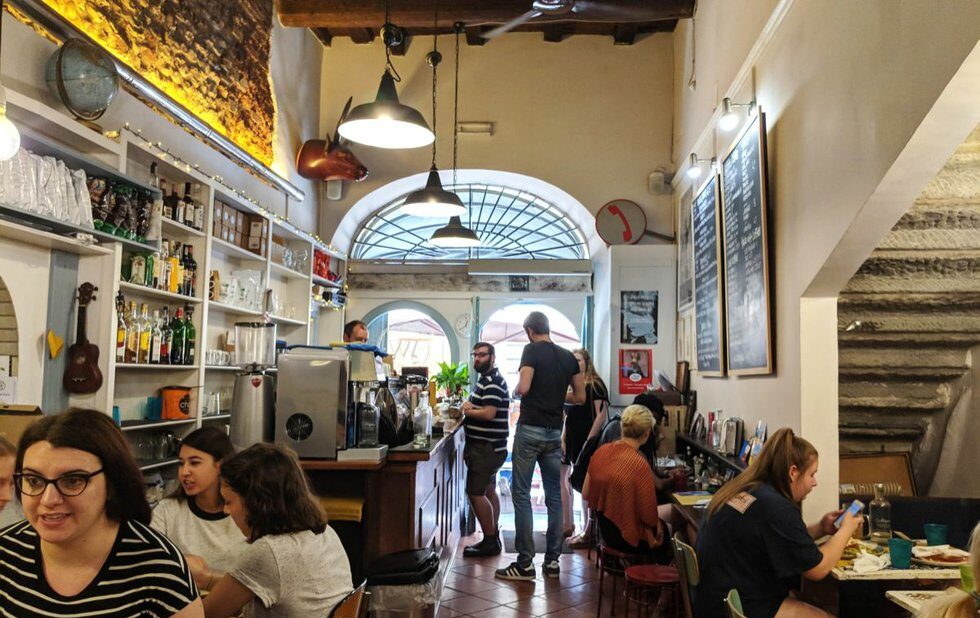 Florence is maybe the last place you’d expect to find dishes called the Parkdale, the Annex and the Bloor.

And yet, there they are on the menu at Le Vespe Cafe, a brunch spot set in a narrow cobblestone street just a few twists and turns away from the Duomo.

The tiny restaurant, which serves a locally rare North American-style brunch menu, caters to those in search of something more substantial than the coffee and light pastries Italians favour as a morning meal – usually, that means homesick students from one of Florence’s many university exchange programs, visiting tourists and the occasional curious local. 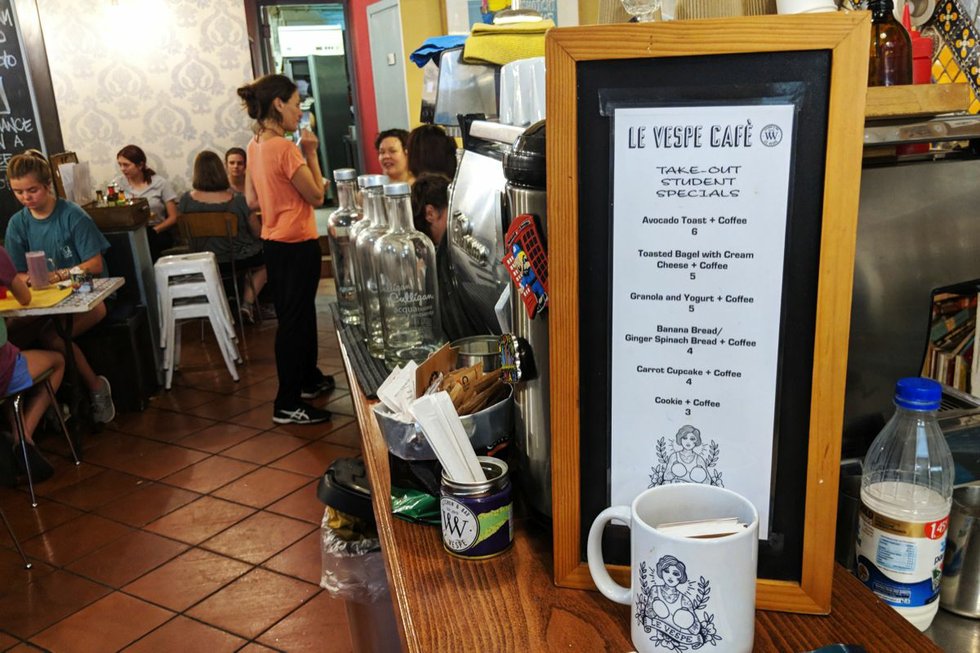 The menu caters to Florence’s large population of English-speaking students.

To Florentines, this is brunch all’americana. But eagle-eyed Canucks visiting Le Vespe will note a few uniquely Toronto tweaks – the dish names and a few framed event posters. Credit co-owner Selena Cristo-Williams, a Torontonian who co-founded Le Vespe with her Florentine friend Gaia Tilli in 2013.

In 2005, Cristo-Williams opened Ossington’s Sweaty Betty’s with husband Paul the duo also owned a now-shuttered brunch spot called The Sparrow. “We wanted to switch gears from the Queen and Ossington bar and restaurant scene to a place where we could live a little easier and a little healthier,” Cristo-Williams says via email. “We like the mild winters, the piazza social life, the cheap dinners out and the ease of travelling from Florence.” 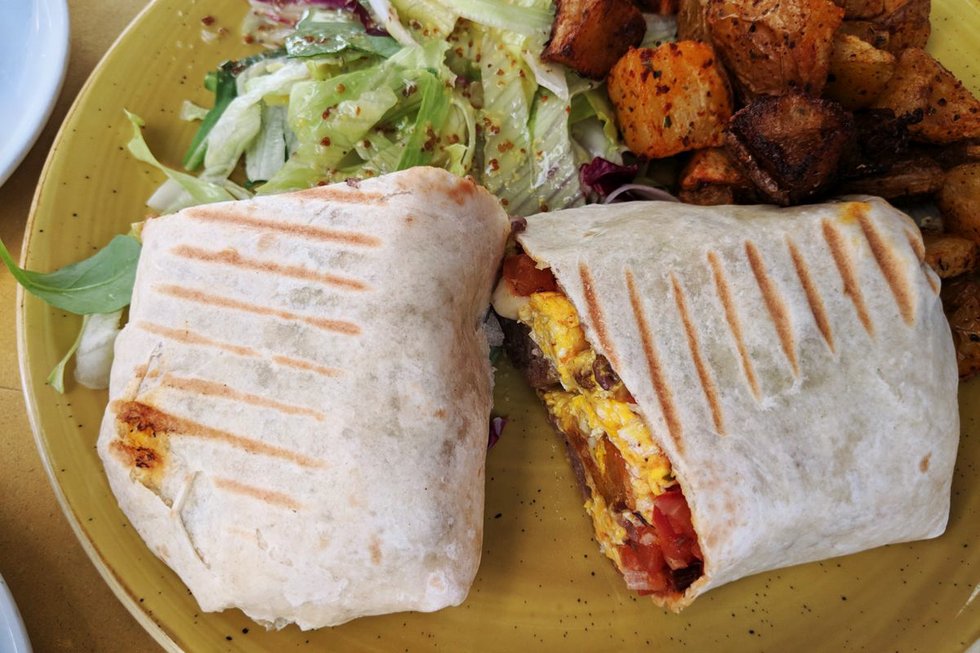 The Logan is a breakfast burrito served with home fries and salad (to the mild confusion of locals).

The couple packed up their motorbikes and moved across the pond, but nostalgia for Toronto’s food scene soon set in. The creation of Le Vespe was motivated by what Cristo-Williams calls “the complete lack of anything resembling the type of cafés I enjoy going to in Toronto,” plus memories of the dishes she loved at places like Saving Grace, Aunties and Uncles and Lady Marmalade.

Le Vespe may be the only spot of its kind in town, save the Formica-and-neon “1950 American diner” a few streets over. The first clue that you’re not in Kansas any more: the servers bring you water without asking, unheard of in a country where you have to specifically order – and pay for – your bottle of sparkling or still.

On the menu, written in both Italian and English, there’s all the makings of many a Saturday morning in Leslieville: pancakes, avocado toast, mimosas (which the exchange students order by the trayful). And lest you think they’re coasting on tourist appeal, the food is solid. The Logan is a seriously respectable breakfast burrito stuffed with sausage, potatoes, avocado and salsa, flanked with actual spiced home fries. The avo on the toast looks a bit different from back home – a little less creamy – but factory-farmed Canadian eggs don’t hold a candle to the ones here, with yolks that run a rich, sunny orange. 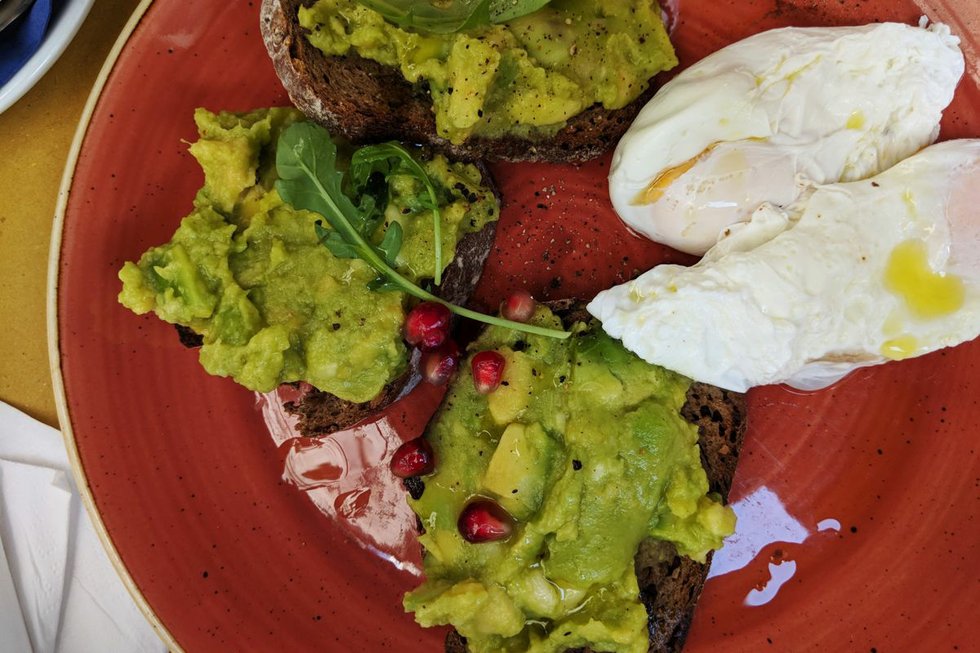 Is sourcing North American ingredients tough? “God, yes. A part of it is just being Zen about the fact that you’re not going to find everything you want,” Cristo-Williams says. But they’ve still managed to find honest-to-goodness strip bacon, a rarity in the land of pancetta – plus maple syrup for the pancakes on the King platter, though that will run you €1.50 extra. Obviously, there’s no Clamato for Caesars – but they’ll still happily make you a Bloody Mary.

While the brunch half of the menu is all Toronto-themed, the lunch options, like vegan cauliflower-lentil burgers with feta, and hummus sandwiches with sun-dried tomato pesto, are named for streets in Florence. (Those dishes are Via De’ Benci and Via Verdi, respectfully.) 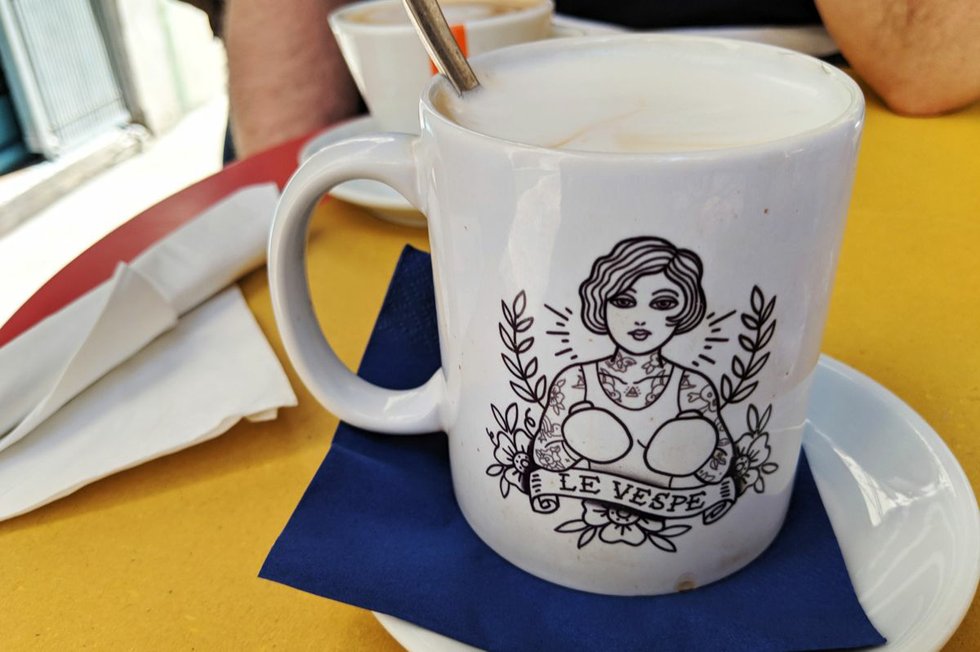 The pin-ups on the coffee mugs recall the ones covering the walls at Sweaty Betty’s.

“I use a lot of fresh produce and offer a variety of vegetarian and vegan options, big salads and crunchy vegetables – things I really miss from Toronto,” Cristo-Williams says. “I look at what ingredients are available and try to use them in a way that’s fresh and interesting. The last time I visited Toronto I had a small anxiety attack because I didn’t recognize half the ingredients on the menus. Toronto chefs are crazy creative, and it was always something of an adventure trying out a new dish – it’s probably what I miss most about living there.”

So, have the locals come around to those big ol’ Canadian brunches? “They were confused at first,” Cristo-Williams admits. “They don’t order food like we do, where the food arrives all on one plate and at one time. The idea of eating your sandwich with home fries and salad all together was a little foreign.”

By now, she says, the sheer number of food photos floating around on Le Vespe’s TripAdvisor and Yelp pages has acclimatized the hometown crowd to the idea of combo plates. Still, they often won’t even stick around long enough to get a seat. “We don’t take reservations, and Florentines won’t wait long for a table,” she says.

Well, that’s one thing that sets them apart from the Toronto brunch crowd. 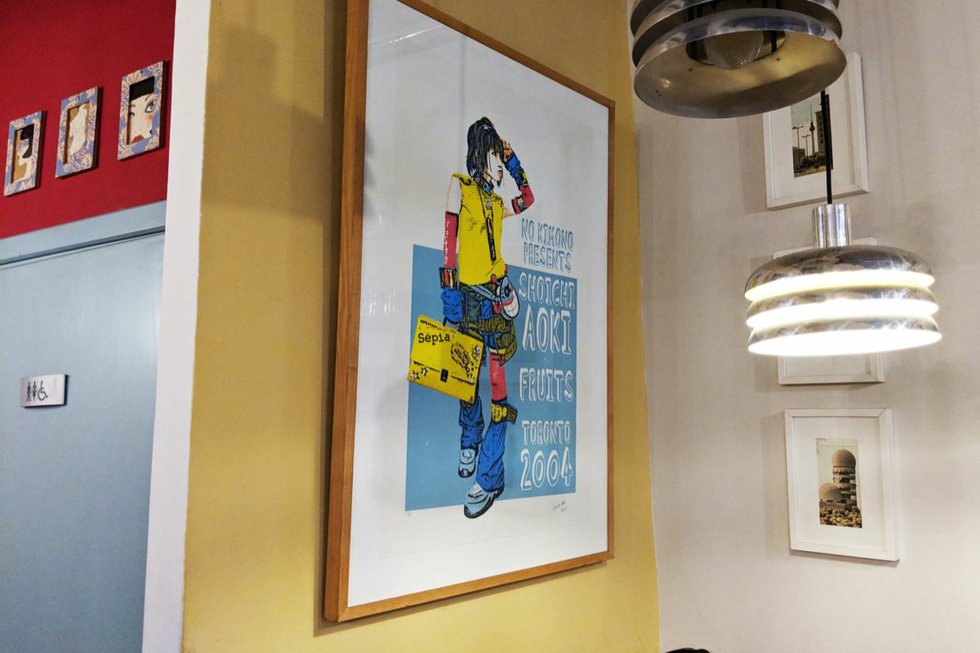