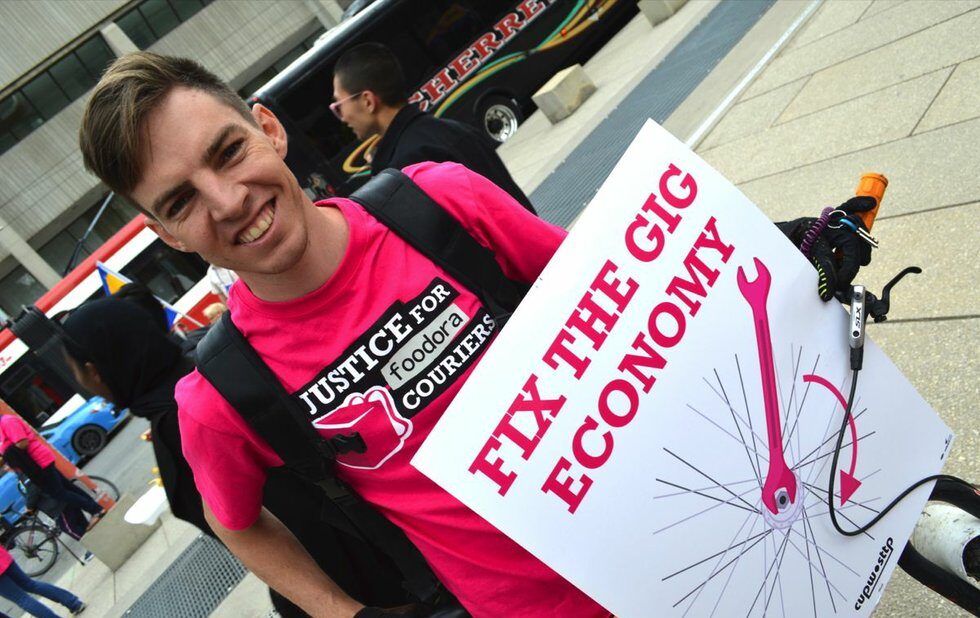 The Ontario Labour Relations Board (OLRB) has ruled that couriers working for Foodora have the right to organize in a watershed decision for the province’s gig economy workers.

Since last year, couriers and drivers who work for the company have been fighting to join the Canadian Union of Postal Workers (CUPW) under the Foodsters United banner. A vote to unionize was held last August, but the results have been sealed pending the settlement of other legal disputes between the company and union.

Today’s labour board’s decision revolved around whether Foodora workers should be considered dependent or independent contractors, a classification which governed the workers’ ability to legally unionize.

Foodora, as with other digital food delivery services, has maintained that its couriers are independent contractors.

Labour organizers disagree, saying this allows the company to control workers’ pay and schedule and mete out disciplinary action, but dodge other employer responsibilities, such as paying for lost wages following injury, offering paid sick days and supplying gear.

CUPW and Foodsters lobbied the OLRB to have workers recognized as dependent contractors.

“This decision sets a historic precedent for precarious workers,” says lawyer Ryan White, the legal counsel for CUPW, in a press release. “It vindicates the union, which has known all along that Foodora controls the way that couriers work too much for them to be classified independent contractors.”

While the outcome of the unionization battle is still up in the air, the union added that the decision clears a significant hurdle on the path toward certification.

Meanwhile, reps for Foodora said things would be “business as usual”.

“We have received the OLRB’s decision – we’re reviewing it and assessing how we’ll move forward with the couriers in Toronto and Mississauga. We respect the Board’s process under the Labour Relations Act,” David Albert, the managing director of Foodora Canada, said in a prepared statement.

“Until the voter list is confirmed, and the unionization application votes are counted,” the statement continues, “we cannot speculate at this time as to whether the vote will sway in favour of CUPW and what this might mean for our business moving forward.”

Organizers add that today’s decision opens the door for further unionization efforts by gig economy workers, including a recent push by Uber Black drivers to join the United Food and Commercial Workers.

“This win is a big precedent for anyone in the gig economy who worries about their health, safety, and security,” said UFCW’s Pablo Godoy.

“Fighting misclassification has become a viable avenue to unionization, in some very unstable and dangerous workplaces, and for many very precarious workers.”