GarfieldEATS is back after a brief closure

Raise your Garficcinos: The Garfield-themed pizza restaurant is back open after a landlord dispute 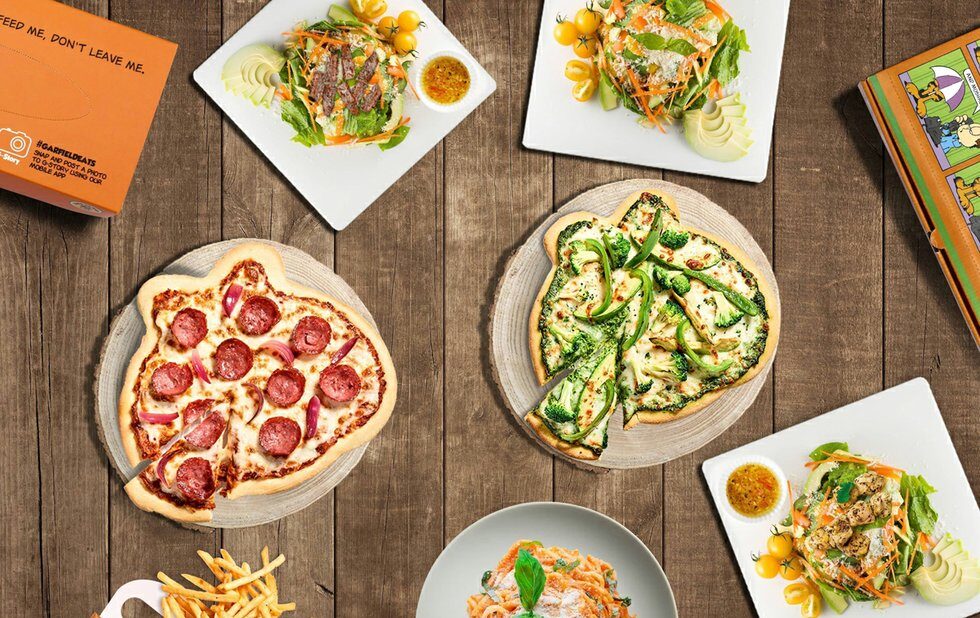 GarfieldEATS closed and reopened this week on Bloor West.

Rumours of GarfieldEATS’ demise were greatly exaggerated. Toronto’s premier (and only) quick-service restaurant dedicated entirely to Garfield is back after briefly closing due to a landlord dispute Friday morning.

Owner Nathen Mazri, who figures as prominently in the restaurant’s branding as Garfield himself does, announced the closure in a press release sent to media entitled “a Canadian landlord destroys young entrepreneurship.”

“Garfield has entertained the world for 41 years and a heartless landlord has shown no form of appreciation to the beloved cartoon,” the release read.

The restaurant claims their landlord had demanded three months’ rent up front. Staff arrived at the Bloor West location on Friday morning to find the location locked.

In an Instagram Live broadcast on Friday afternoon, Mazri said his landlord – like many others in Toronto – had refused to apply for the commercial rent relief benefit: “Why not? It’s a win-win for everybody,” Mazri said.

“They should thank us for the pop icon to actually have a store in Bloor West,” he added, presumably referring to Garfield.

After receiving calls from media as well as the restaurant’s supporters, Mazri said on Instagram, their landlord finally agreed to work with them.

The restaurant is now back open and serving Garfield-shaped pizzas with orange sauce, “Garficcino” beverages, and straight-from-the-uncanny-valley Garfield face masks.

“The only weapon I have is the Garfield fans. When I speak, the whole world listens,” Mazri said.