Inside General Assembly, a modern pizza joint in the Entertainment District 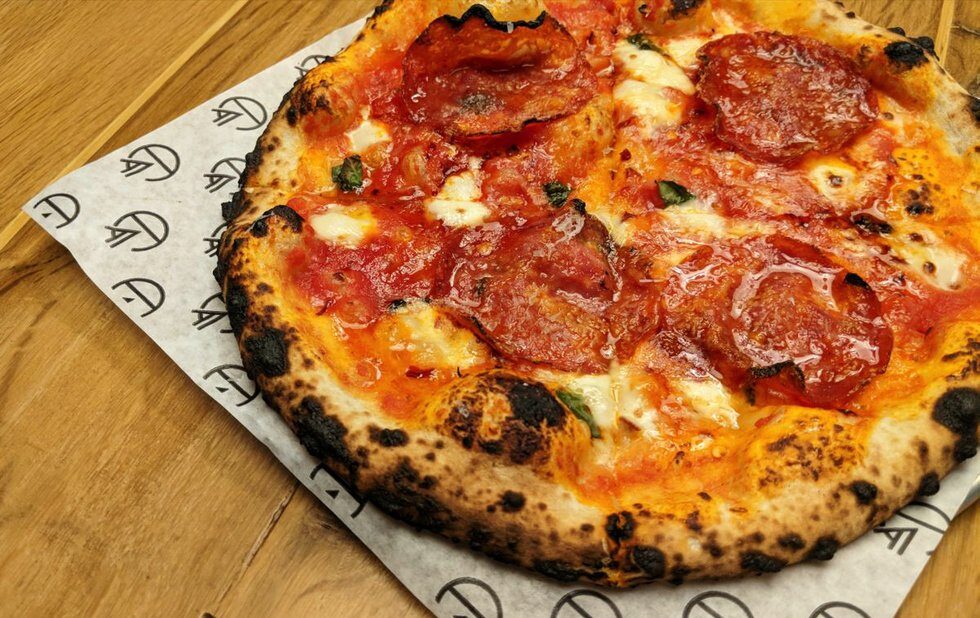 “I looked at places in New York, Los Angeles, Vancouver, and there was a lot of quality food happening in a very modern way,” says owner Ali Khan Lalani. “I thought, hey, pizza is kind of underrepresented in Toronto the way we could do it.”

He brought in Cale Elliot-Armstrong, the founding chef at Village Pizza, and Anthony Falco, formerly of Roberta’s in Brooklyn, who previously visited Toronto when the celebrated pizza joint hosted a pop-up. “It’s a great food city. I love that you can grab from every culinary discipline, because it’s such a multicultural city,” Falco says. 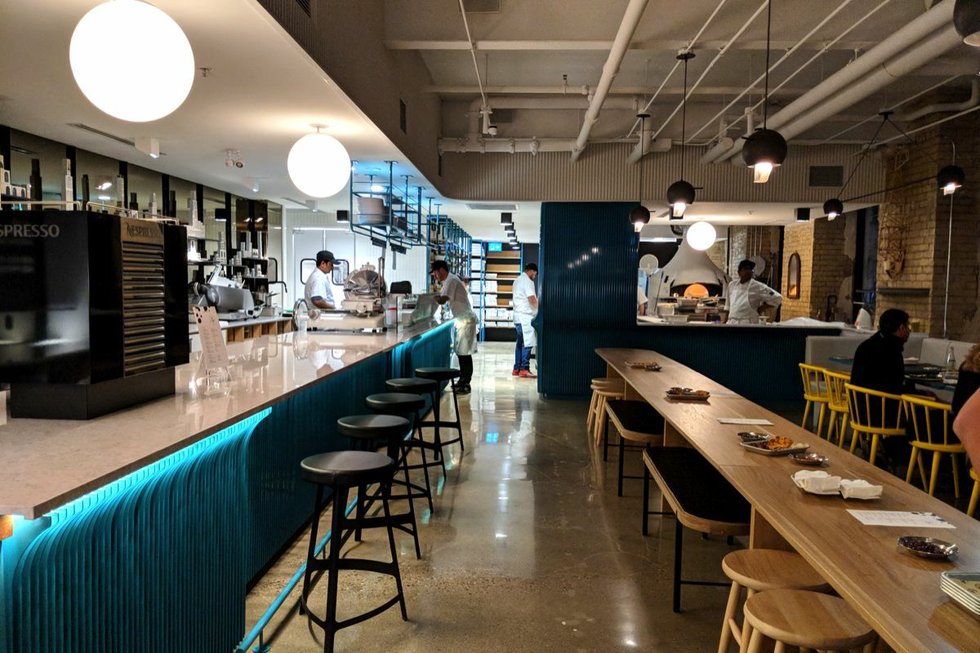 Falco and Elliot-Armstrong put their heads together to develop a menu that touches on traditional pizzamaking methods, but maintains some irreverence. “When you peel back the layers, we’re doing some interesting takes here: Falco says. “We have these beautiful ovens from Naples, but we are decidedly not a Neapolitan pizzeria.”

The most crucial part of the pizza, he says, is the dough theirs is based on a starter Falco flew up from the States, and made with a blend of Italian and Canadian flour.

“You’ve got the soft wheat, low-protein finely-milled 00 (Italian) flour, and then this harder wheat, stronger, higher-protein flour for crunch. We’ve also got fat in the dough in terms of olive oil – and you’d be disallowed from calling yourself Neapolitan pizza for that fact alone. But that’s gonna also help with the crunch.” 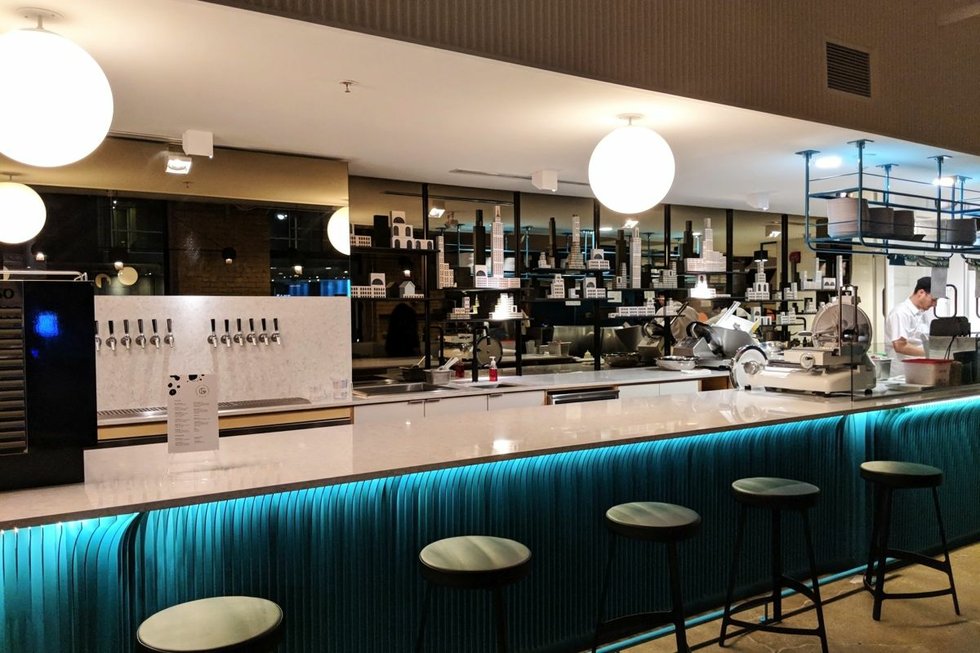 On the business side, Lalani instituted a number of changes aimed at streamlining the dining experience as much as possible. Tipping is built into the menu prices payment is entirely cash-free and takeout and delivery orders (they’ve partnered with Ritual and Foodora) go through a separate entrance on the other side of the open kitchen.

“We saw a lot of (places) — at lunchtime, especially — where people would want to order food, and it would be super congested and busy,” Lalani says. “This way, guests just come in on that side, and it’s pure speed and utility.” 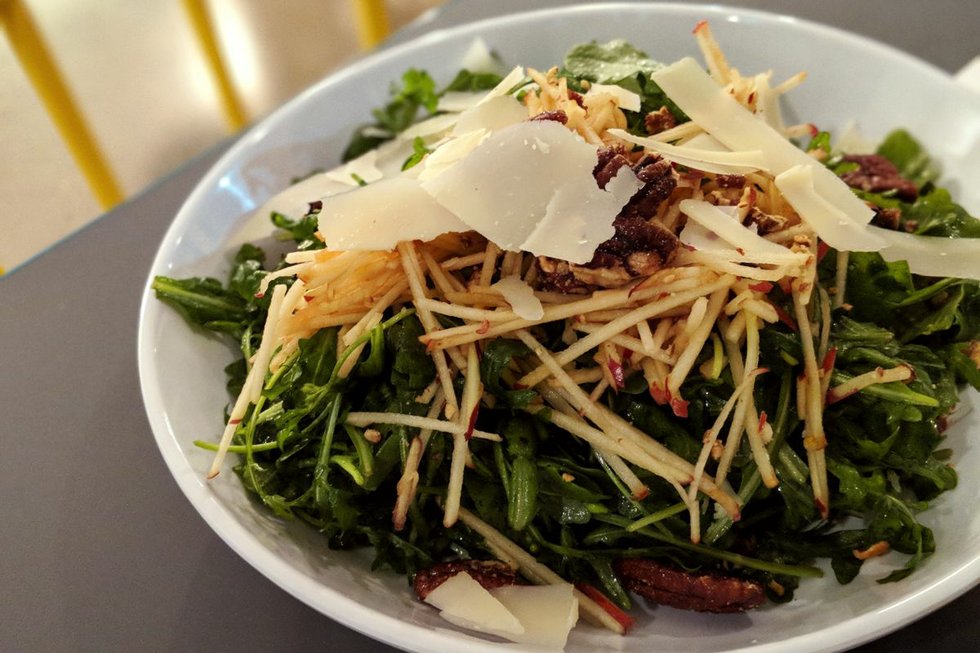 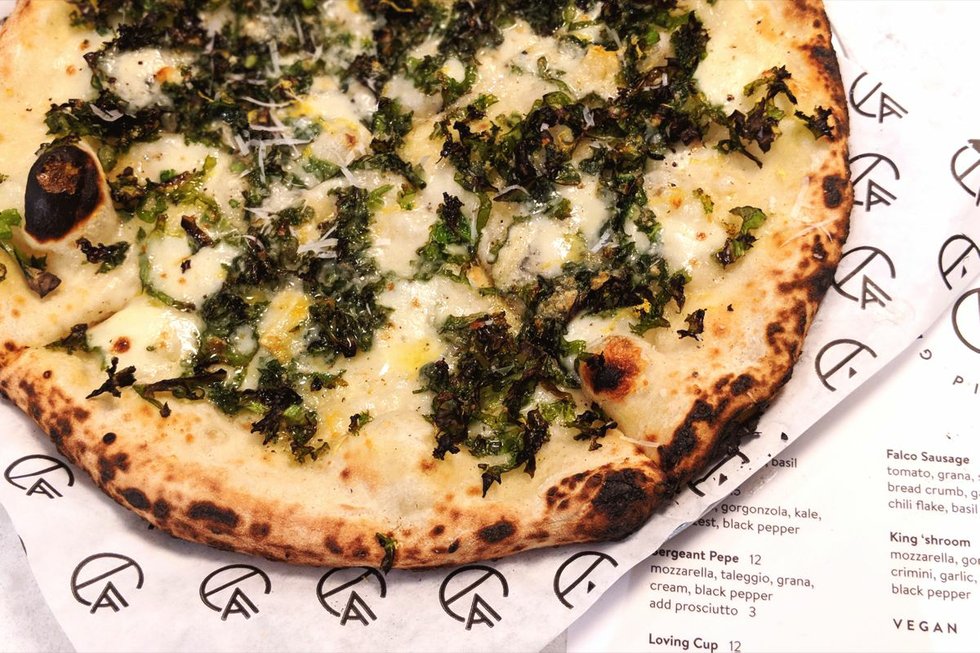 This writer’s personal fave is the Green Pie ($11.50), which pairs blistered kale with gorgonzola and a hit of lemon zest. 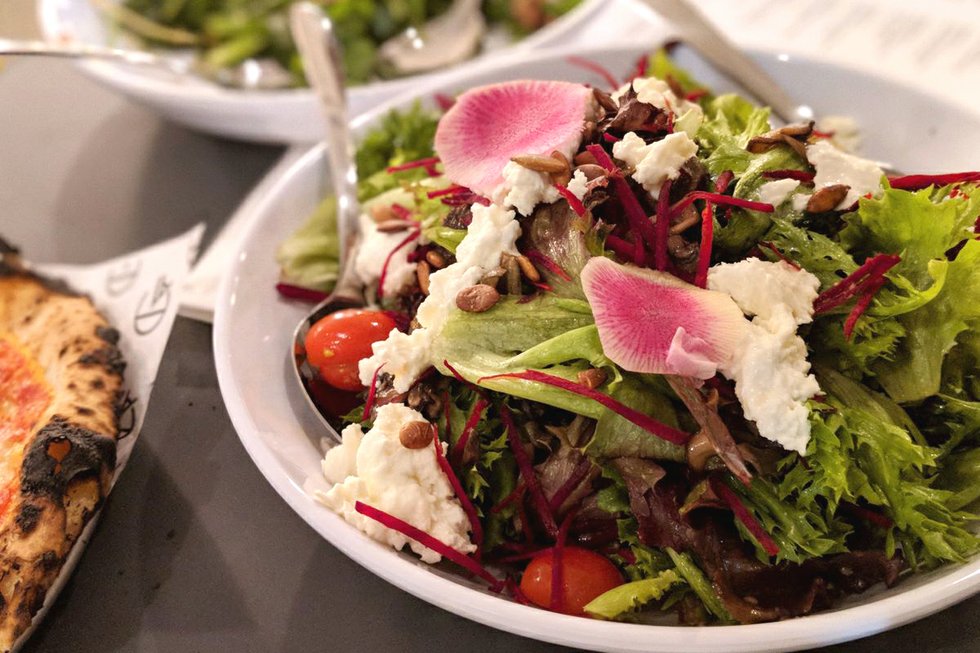 Another offering from the salad menu: the House Greens ($10), featuring roasted mushrooms, beets, watermelon radish, mozzarella, pumpkin seeds and a white balsamic dressing. Salads can be bulked up with eggs ($1.50), avocado ($2) or roasted chicken ($3.50). 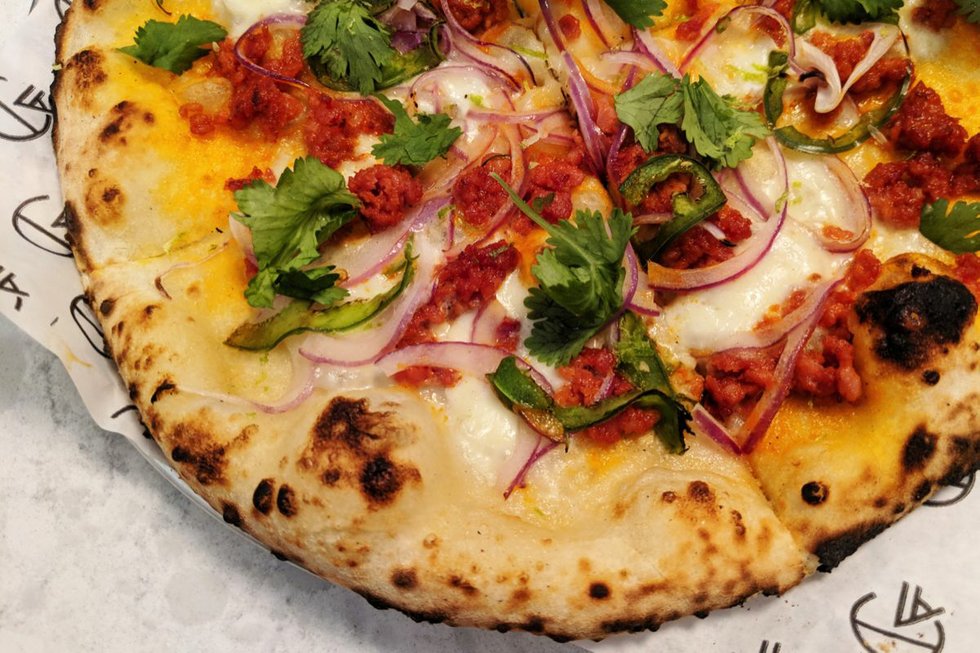 Falco calls the Don Diego ($13) a “high risk, high reward pizza” – it’s a taco-inspired creation of chorizo, cilantro, jalapeno and scallions, built on a bed of (unsweetened) whipped cream. “You can just take a spoonful of it and cover a perfect base on the pizza, and it becomes this solid base. It gives you this unctuous, fatty deliciousness.” 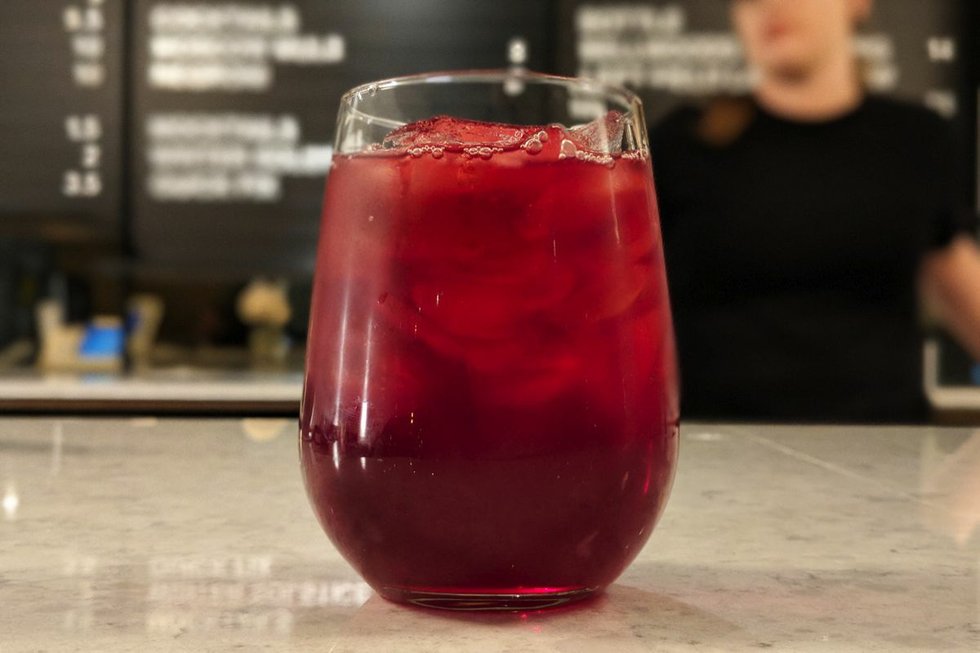 All of the cocktails are served on tap to speed up service. That includes mocktails like the Winter Solstice ($4.50), a soul-warming concoction of cranberry, pomegranate, rooibos tea and spices.