For two days in November, Toronto was home to the worlds first HIV-positive restaurant, a pop-up eatery where all the. 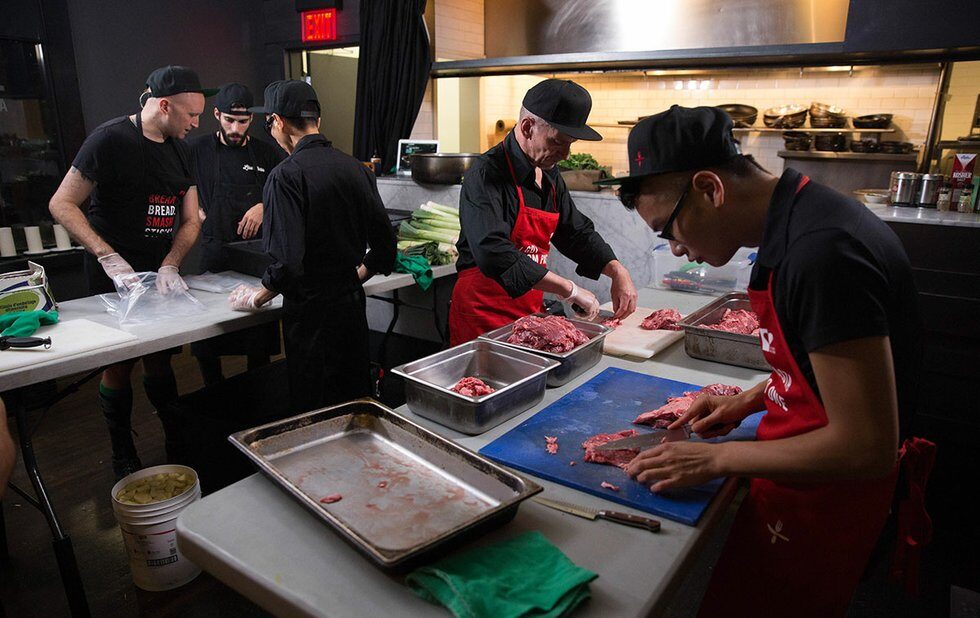 For two days in November, Toronto was home to the worlds first HIV-positive restaurant, a pop-up eatery where all the chefs were HIV positive and patrons smashed stigmas about living with the disease that some of us might be surprised to know still very much exist.

The eatery was the brainchild of Casey House, Canadas first and only freestanding HIV/AIDS hospital, which recently underwent a renovation and expansion to a 58,000-square-foot facility that includes a 14-inpatient unit and an outpatient clinic. The hospital used the occasion to spread truth, warmth and good food, naming the pop up Junes after its founder, the late HIV/AIDS activist June Callwood.

Remember when people thought they could get HIV from toilet seats? a sign in the womens bathroom read.

Yes, definitely, would have been my response, having grown up just after the AIDS crisis, at a time when fear and misconception was at an all time high.

In fact, a study conducted by Casey House found that although there is no risk of transmission, both baby boomers and millennials would not knowingly eat food prepared by someone HIV positive.

Millenials did not experience the height of the AIDS crisis in the 80s. It was a time when a diagnosis of AIDS was a death sentence. That has changed over the past 30 years due to the evolution of care and treatment, but the stigma is still very real, says Joanne Simons, CEO of Casey House. It continues to be a health crisis with seven Canadians diagnosed each day with HIV.

HIV and AIDS is still a blamable disease. People know they shouldnt feel this way, but they do, says Joseph Bonnici, a partner at Bensimon Byrne, the agency behind the event. The stigma is still there, [but] its simply gone underground, often unsaid, but with very real and devastating impacts. It leads to discrimination, blame and judgment, and ensures that people who are HIV positive keep their diagnosis a secret, from even those closest to them, and most certainly in the workplace.

With World AIDS Day on December 1, Casey House is hopeful that the conversation sparked by Junes will continue.

We encourage people to continue having conversations surrounding stigma with friends and family, at the dinner table or elsewhere, says Simons.

Join the conversation online by using #smashstigma on social media.

Being HIV+ Food HIV pop-up The Way We Eat