Inside Koh Lipe, a southern Thai restaurant on Baldwin

Eat BKK and Jatujak's owner wants to introduce Toronto to the spicy, funky cuisine of his home region 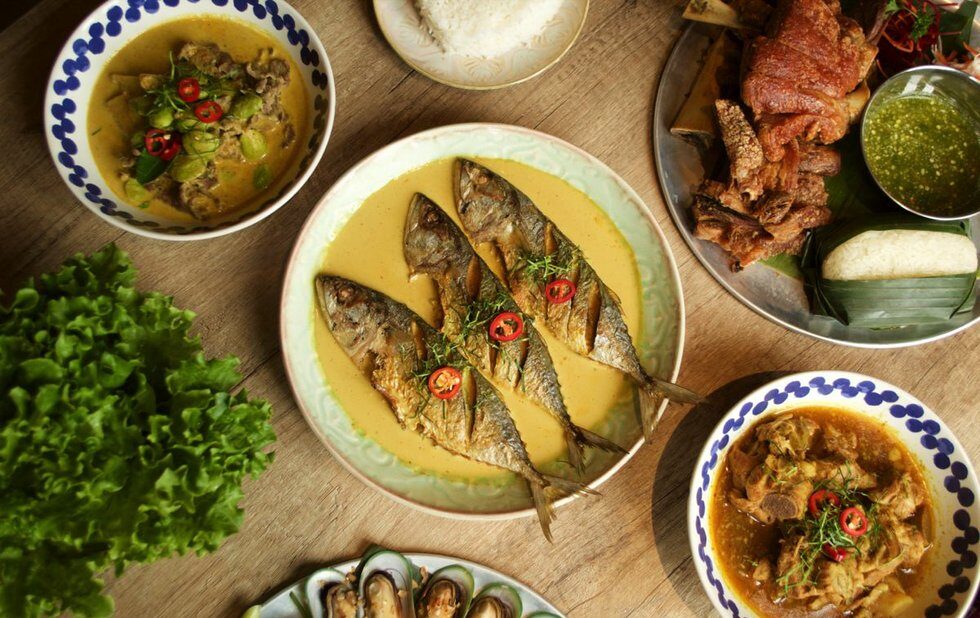 Owner Phanom “Patrick” Suksaen is the same guy behind up-and-coming Toronto Thai spots Jatujak, Eat BKK and Si Lom. Though he’s added plenty to the already rich range of Thai options in the city, one thing was still missing: a spot dedicated to dishes from his home region.

“In Toronto, Thai food is more focused on papaya salad, which is northeast, or khao soi, which is Northern-style,” he says.

“I’m from the south, so I wanted to do something that will show off southern food. It’s quite spicy, and a lot of people in Toronto like spicy.” 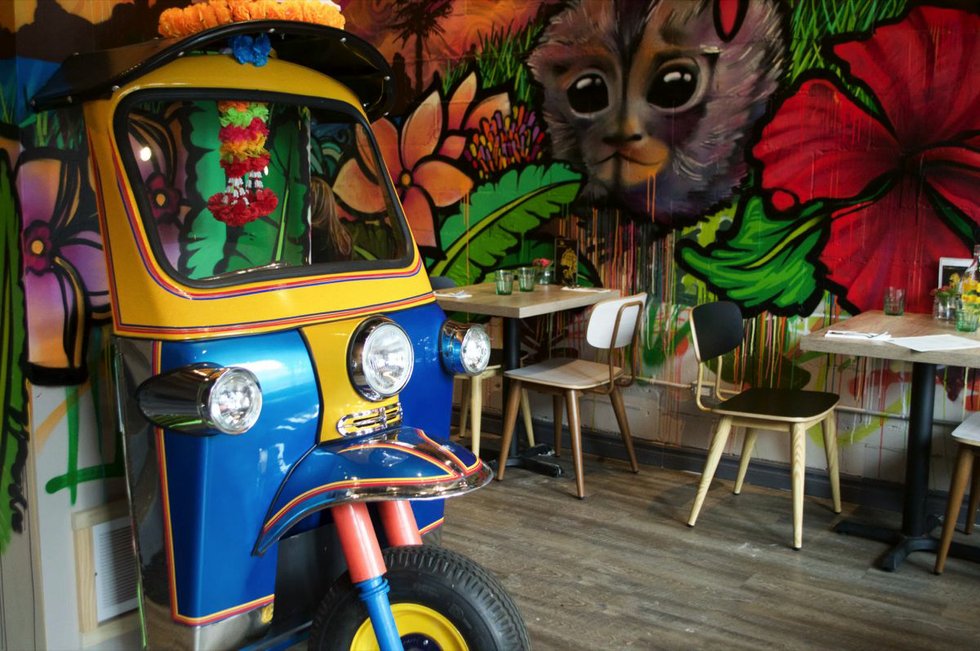 Suksaen zeroed in on Baldwin Street for this concept, and after two years of waiting, the perfect space (formerly short-lived Filipino spot Platito) opened up, which Suksaen decked out with bright murals, beachy Thai decorations and schools of origami fish.

The vibrancy of the Baldwin strip drew him, but convenience played a factor. “I live close to downtown, so I wanted to open a restaurant I could eat at every day.”

The menu features a fairly broad cross-section of classic Thai dishes, including pad thai, pad gra prao and massaman curry, largely to serve as an entry point for those who don’t love heat or want to stick to something they already know. But the southern Thai specialties are the star of the menu. 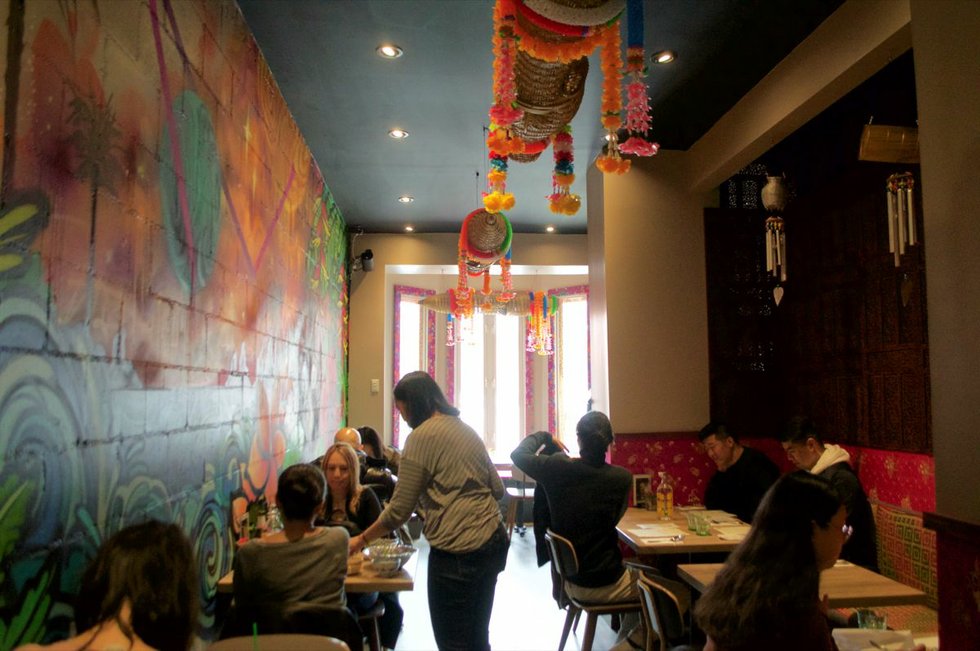 The region’s cuisine does indeed tend to be spicy, Suksaen says, while running a finger past a bushel’s worth of chili pepper icons next to the items on the menu.

There’s also a focus on seafood (thanks to the area’s position along Thailand’s coast) and plenty of fresh cumin, dried chilies, black pepper and coconut.

Further setting Southern Thai apart: signature ingredients like stink beans, aka petai or bitter beans, a green, round legume that, Suksaen says, lends a mild, asparagus-funk effect to your breath.

“It sticks to your mouth for a couple days. You can’t kiss anyone.”

(For the record, the stink beans didn’t have too strong a flavour, though I may not have noticed thanks to the assault of the heat on my taste buds – and they didn’t have too much of an impact on my breath, though my coworkers and boyfriend could’ve all been silently choosing to be nice.) 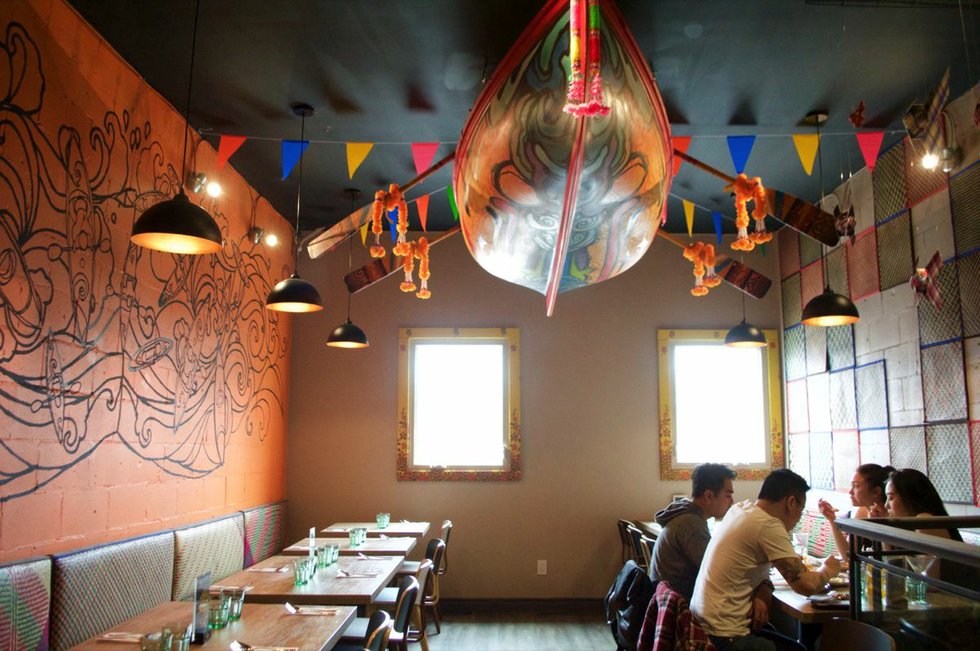 The stink bean is tough to find in downtown restaurants, and Suksaen says people come back several times for the smelly stuff.

“The way we cook it, the spicy, salty – it can balance the stinkiness.

“I want to let people try it. It’s fun. I want to showcase what we eat to Toronto’s people.” 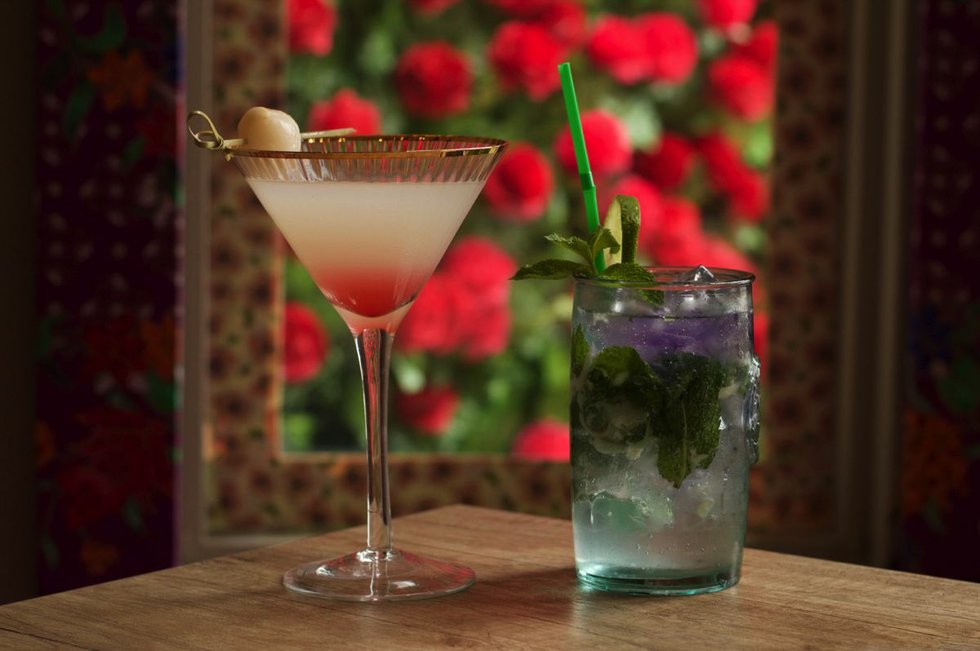 Cocktails stick to tried and true options like a lychee martini ($9) or a mojito ($10) spiced up with with lemongrass and butterfly pea. 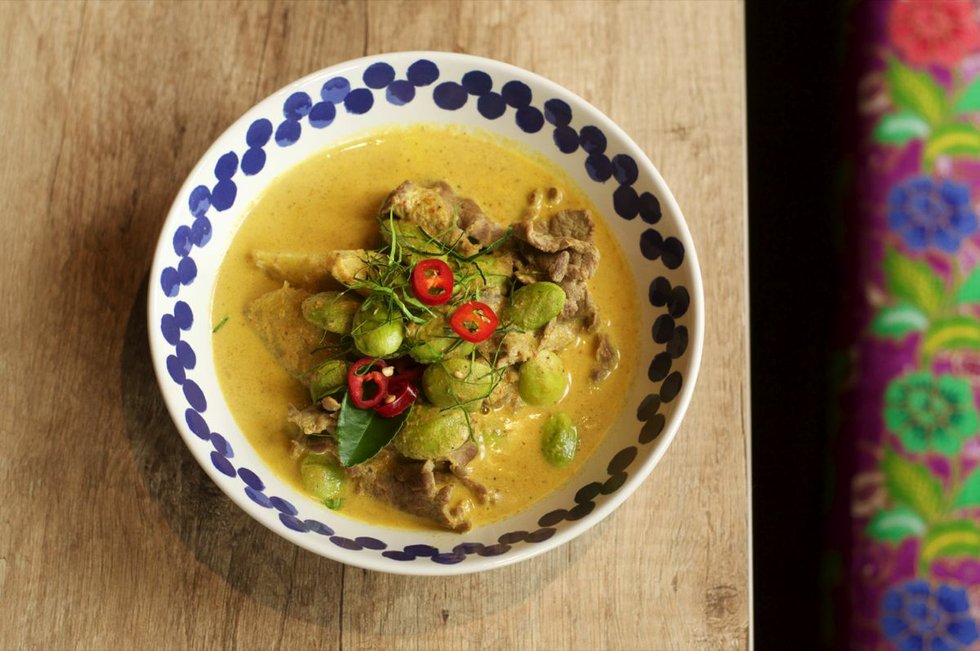 Stink beans pop up in a number of items on the Southern Thai section of the menu, including a green curry beef dish ($18.95). 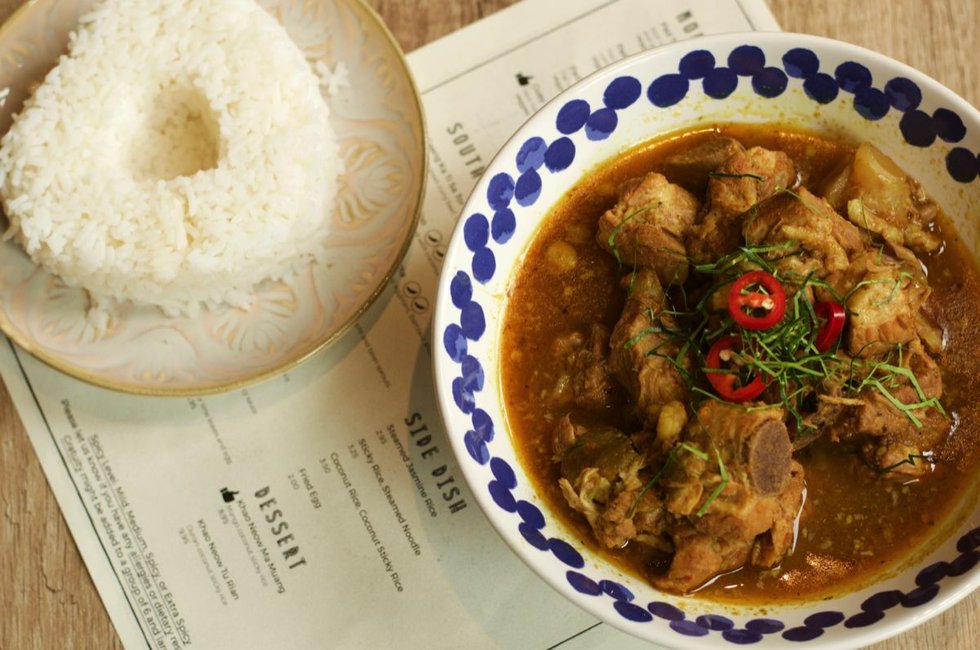 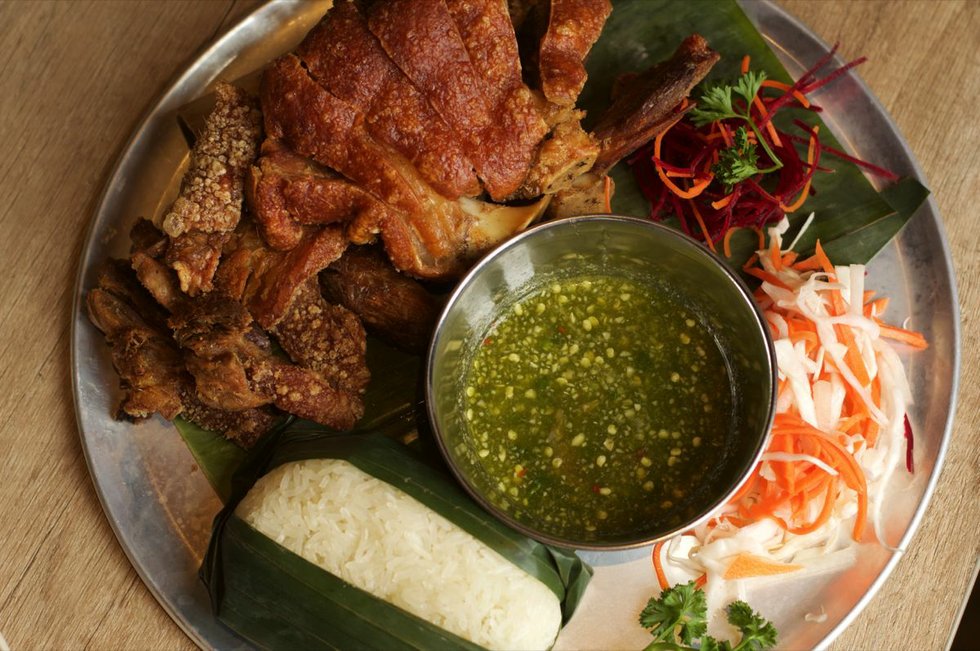 To make the kha moo tod ($25.95), the Koh Lipe kitchen boils, roasts and then deep-fries an entire pork knuckle. Eat it with sticky rice and more chili-lime sauce. 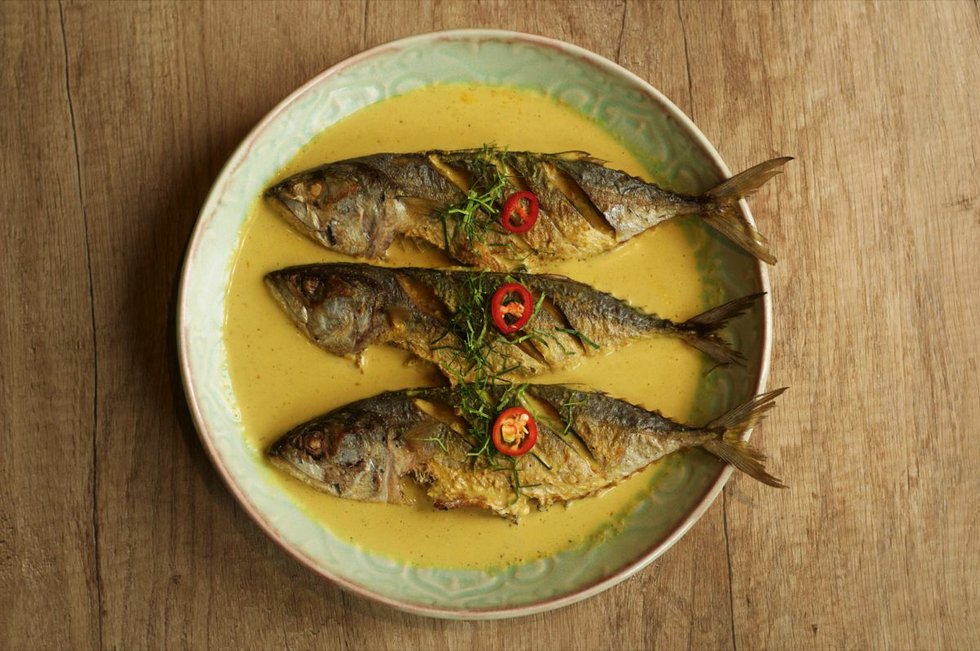 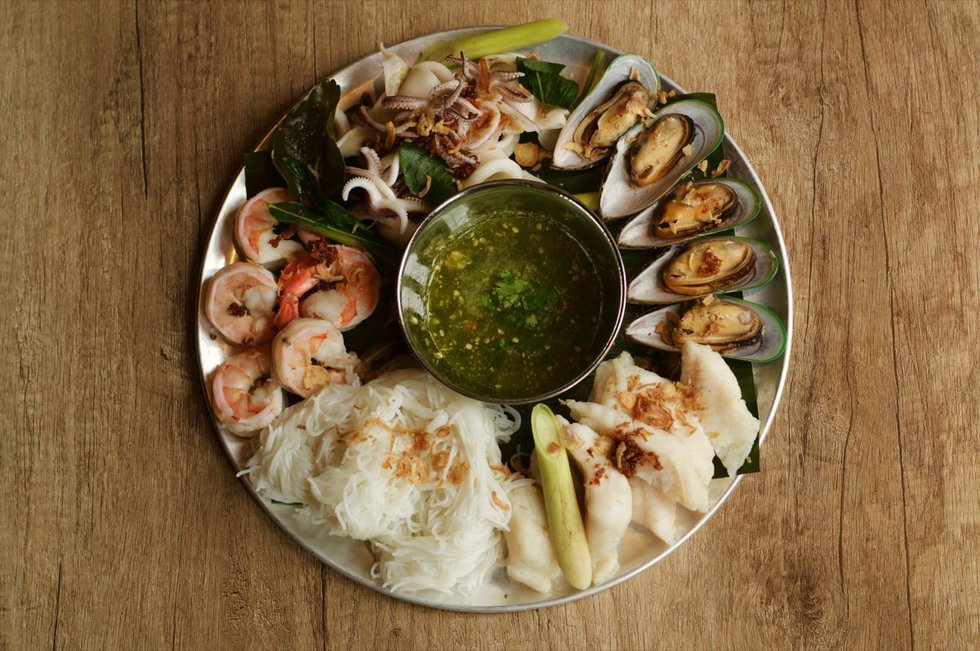 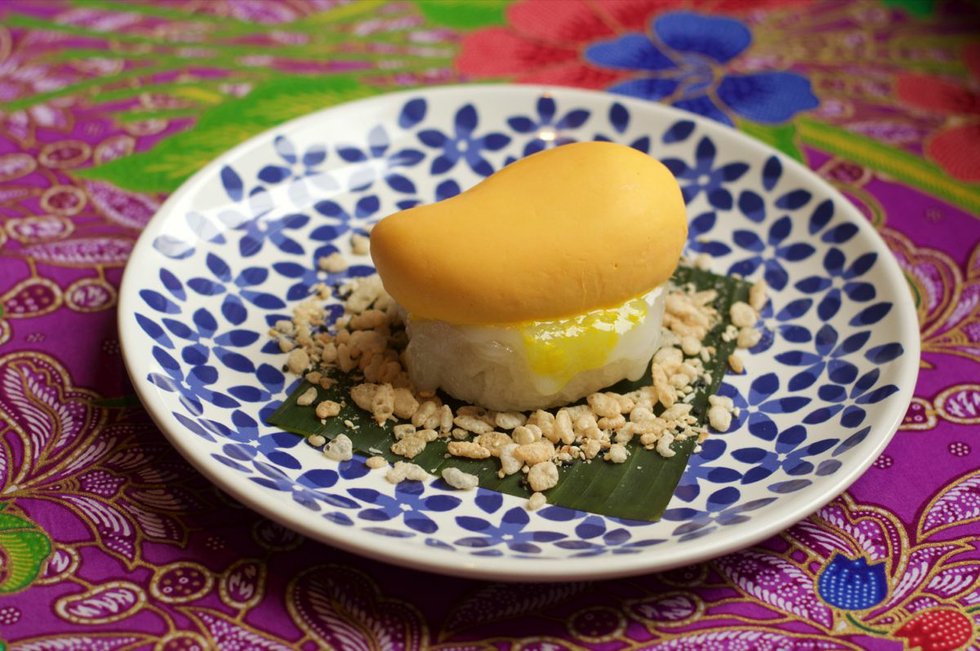 The mango sticky rice dessert ($8.95) is tasty, tasty Boomerang bait: Koh Lipe fills a white-chocolate blob with fresh mango chunks, ready for you to smash into oblivion with your spoon.

Food Thai This week in NOW