Maha’s is back and bigger than ever 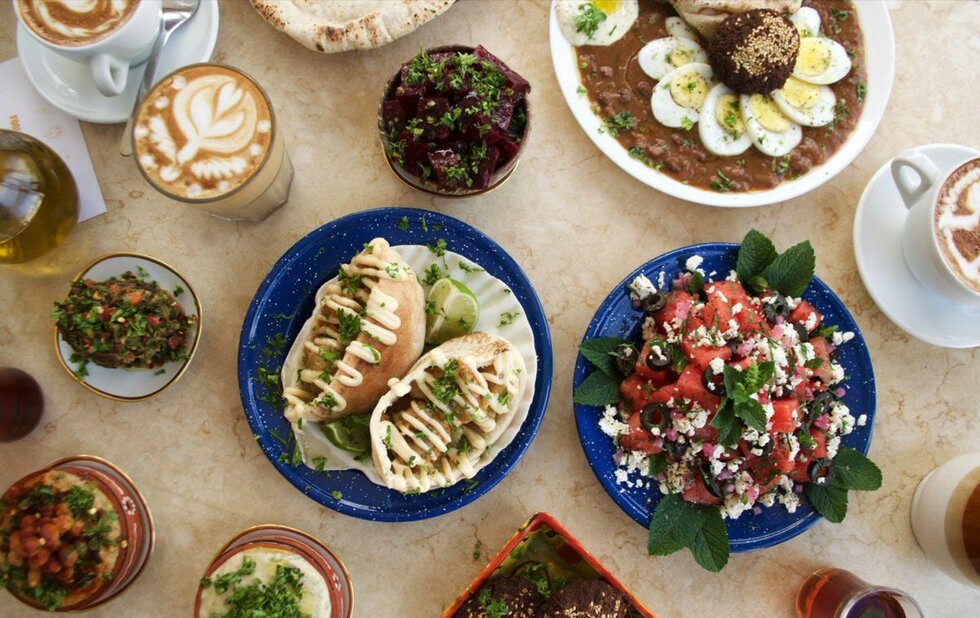 Before we get started, Maha Barsoom wants you to know a few things.

Maha’s (226 Greenwood, at Sandford, 416-462-2703, mahasbrunch.com), her namesake restaurant, stops taking orders at 6:30 pm on weekdays and 3:30 pm on weekends. All the meat is halal from a butcher on the Danforth. The hours and menu are on the website. And the restaurant closes for a month every summer and after Christmas so that she and her kids (and restaurant co-owners) Mark and Monika Wahba can take a break as a family.

Normally, I wouldn’t start with a disclaimer, but every minute Barsoom has to take to give the above info over the phone is a minute away from the kitchen – and the people need their foole and basturma. 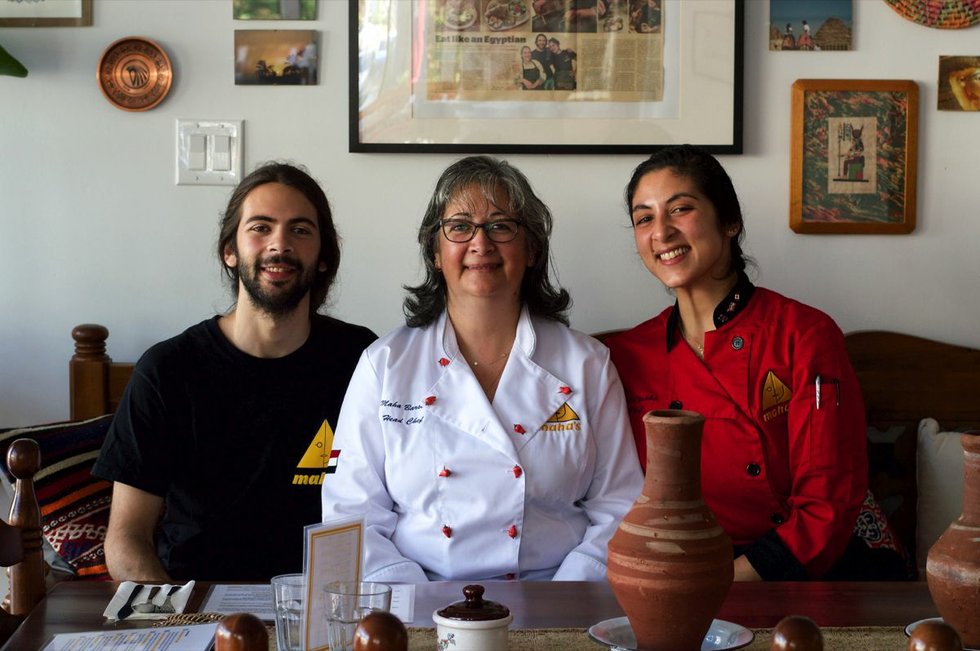 The tiny family-run Egyptian café opened in the fall of 2014, and it’s been essentially perma-slammed since then. Lines spring forth eternally out front, and the restaurant is almost always brimming with a loyal clientele of east-end locals and Egyptians who come from miles around seeking a taste of home.

“I never thought it would be crazy like this,” Barsoom says. She recalls a phone conversation with her sister not long after opening: “This is so scary.” “You must be very happy!” “No! This does not end well!”

But five years later, Maha’s is still going strong, with the dining room fridge now covered in sun-bleached notes of appreciation from diners around the world. 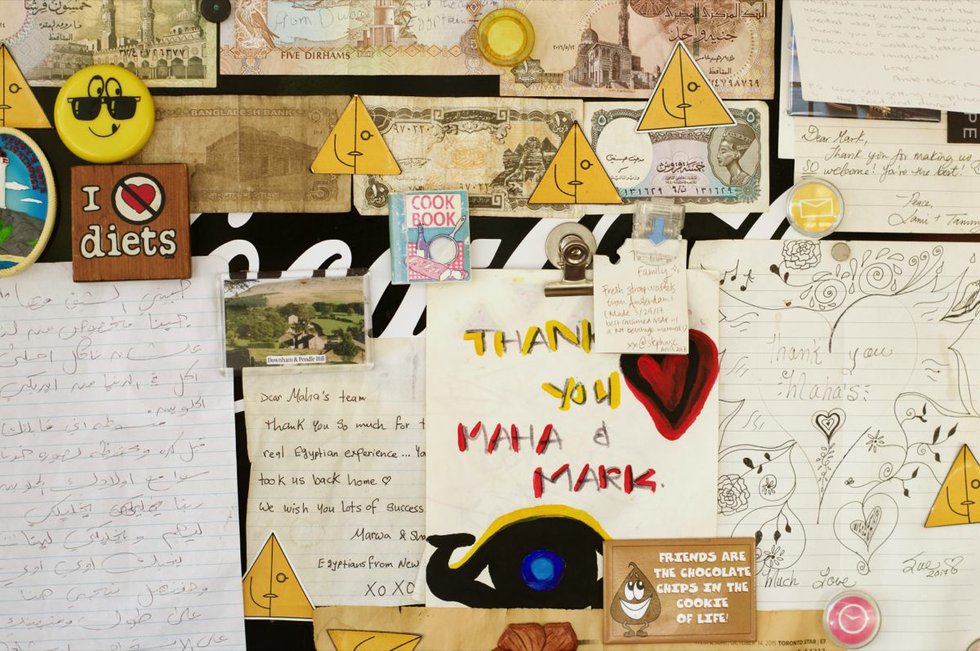 As Monika (who’s recently been promoted to chef from sous her mom, naturally, is still head chef) tells it, it was pride in their Egyptian heritage that lit a fire under them.

Many chef-owners who’ve seen this kind of success would have handed over the day-to-day operations by now. But in the kitchen, it’s still Barsoom making her own feta, Monika working the line and Mark picking apart cardamom and grinding the seeds by hand for his lattes – all day, every day.

“We have amazing people assisting us, but everything that’s made in-house gets made by me and my mom,” explains Monika. “That’s why that consistency is there – but it also kills you, because it’s just us doing everything.” 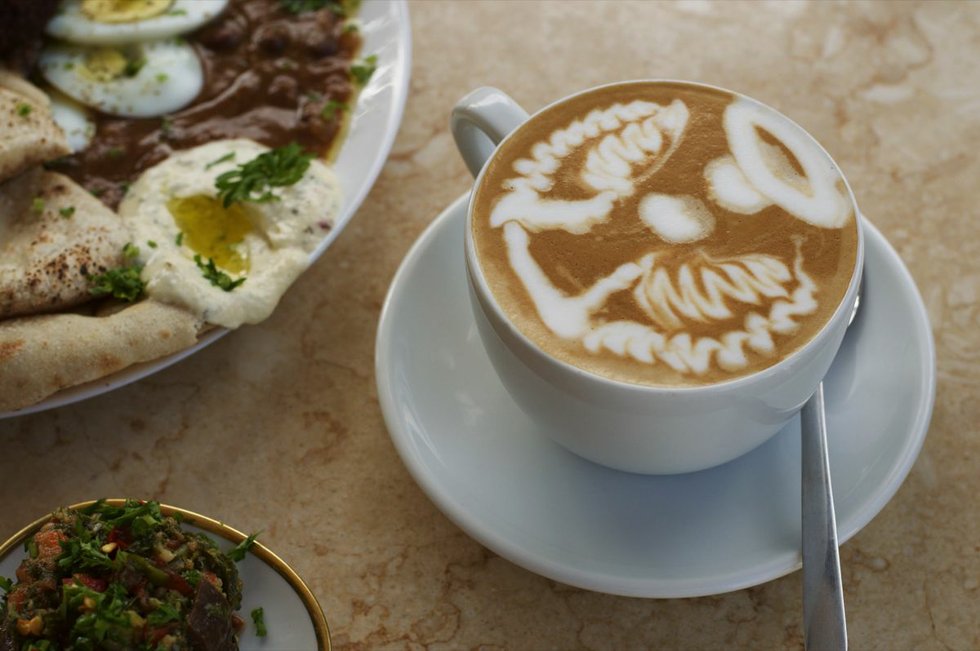 It’s for that reason that, despite perpetually being at capacity, Barsoom and her family have, until recently, been reluctant to add more seats.

“Monika takes care of the evening shift, but I stay with her, and I’m so dead tired by the last order. I can’t feel my hands,” Barsoom says. “But we needed to expand, one way or the other. We needed the space.”

With every inch of the six-burner kitchen needed for service, Mark’s apartment had been almost entirely taken over by boxes of napkins, takeout containers and the odd industrial-sized bucket of mayonnaise. “His kitchen was full, his fridge was full, his freezer was full, and everything else was in the living room,” Barsoom says.

Same went for Monika’s apartment and Barsoom’s garage. “I said, ‘We can’t live like this.’”

The restaurant’s building went up for sale a couple of years ago, and the family started searching for a new location in case they had to leave, but nothing felt right.

In the end, they were able to buy the building themselves, and when their next-door neighbour shut down his sign shop, he agreed to rent to them, too. 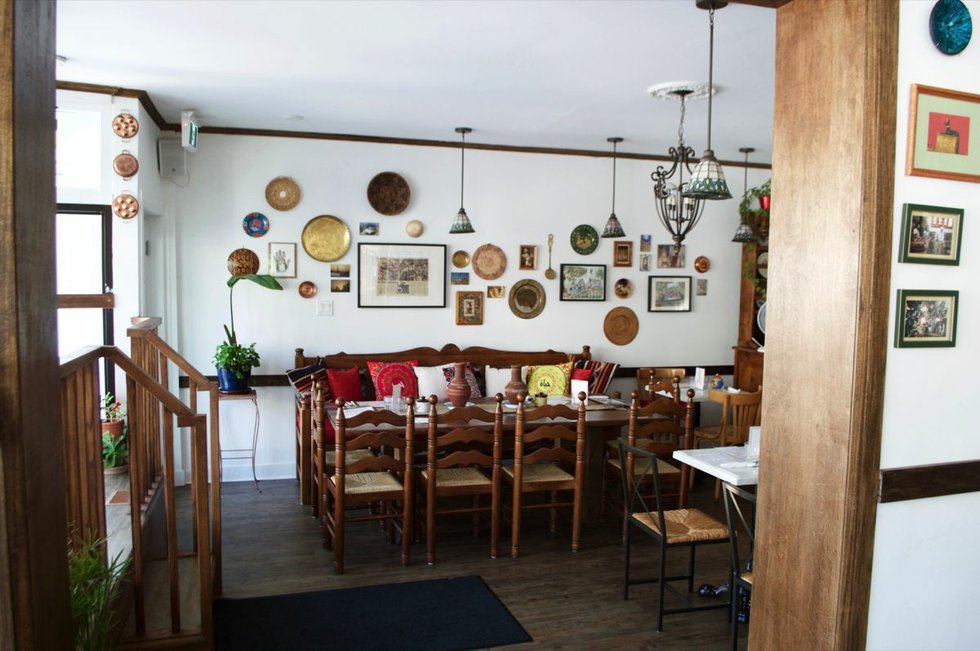 That opened the door for a three-month reno process this past spring, turning the space next door into a second dining room, and – most crucially – dramatically expanding the size of the kitchen, allowing the staff to accommodate extra diners (and a stash of paper products).

The new space blends seamlessly into the old thanks to a mix of family photos, handmade baskets and ceramics and warm textiles. A framed copy of the first piece of press they ever got – in NOW – is front and centre. 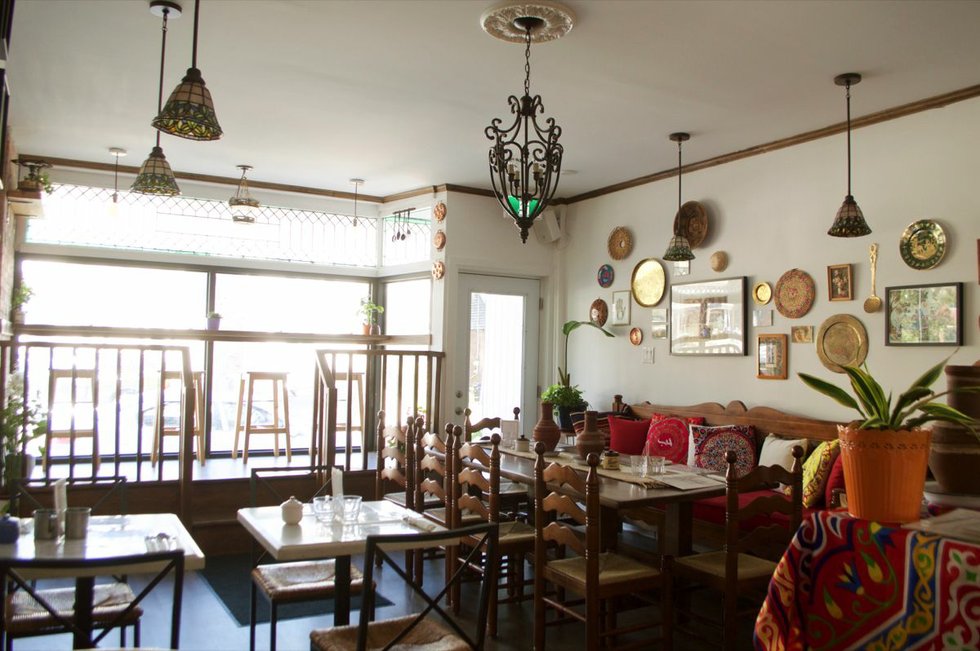 With the restaurant devoid of its usual clamour of music and chatter and cutlery on plates, it feels like I’ve let myself into someone’s living room and started taking photos of all their stuff. It’s more like a home than the restaurant – and the owners feel the same way.

“We spend more time here than we do at home,” Monika says. The construction workers handling the reno were baffled by how nitpicky the family was. “They were like, ‘It’s just a restaurant!’ We were like, “Dude, it’s not! This is our home!”” 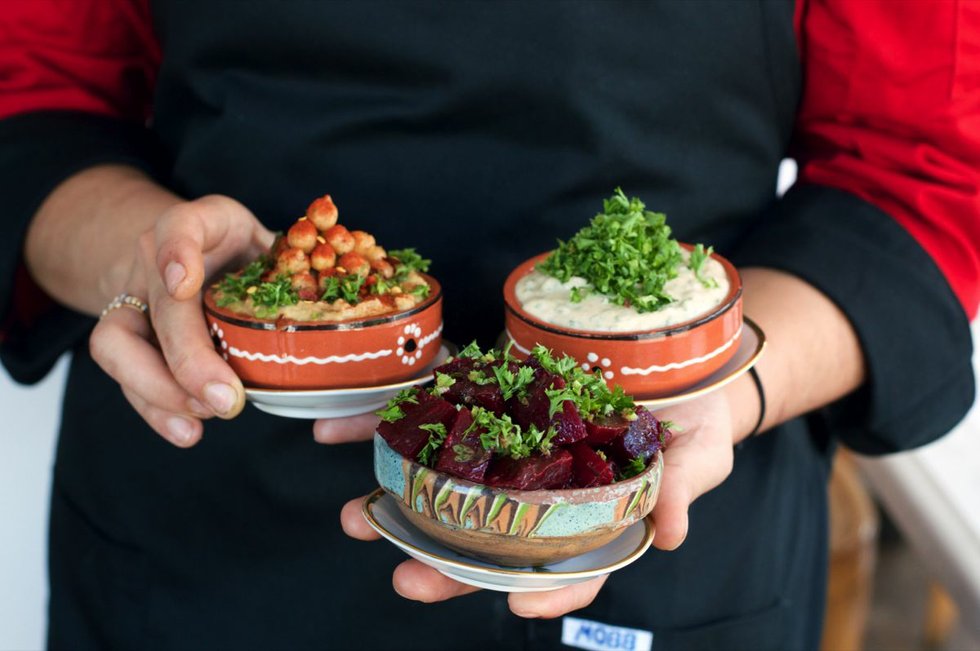 So, after spending five years in a tiny kitchen with your family, trapped in a perpetual lunch rush, how do you stop yourself from completely losing your marbles?

“Oh, we have. Don’t worry,” Monika says. “I’ve had the best and the worst of times in our kitchen. But we’re really lucky to have each other, because at the end of the day, sure, we bicker or whatever, but we also know that we’re there for each other no matter what. People who aren’t your blood, you can hold resentment for a long time. Some people never speak again. But that’s not an option here.”

The customers, too, make those punishingly long days worthwhile.

“I’m working in the kitchen with Monika, and we’re sweating and under the hood, and it’s so noisy and hot, and then you go out and talk to customers and they make you feel over the moon,” Barsoom says.

“It’s amazing, seeing all the reactions on people’s faces, when people are chewing and their heads start nodding. It’s not getting old, no.” 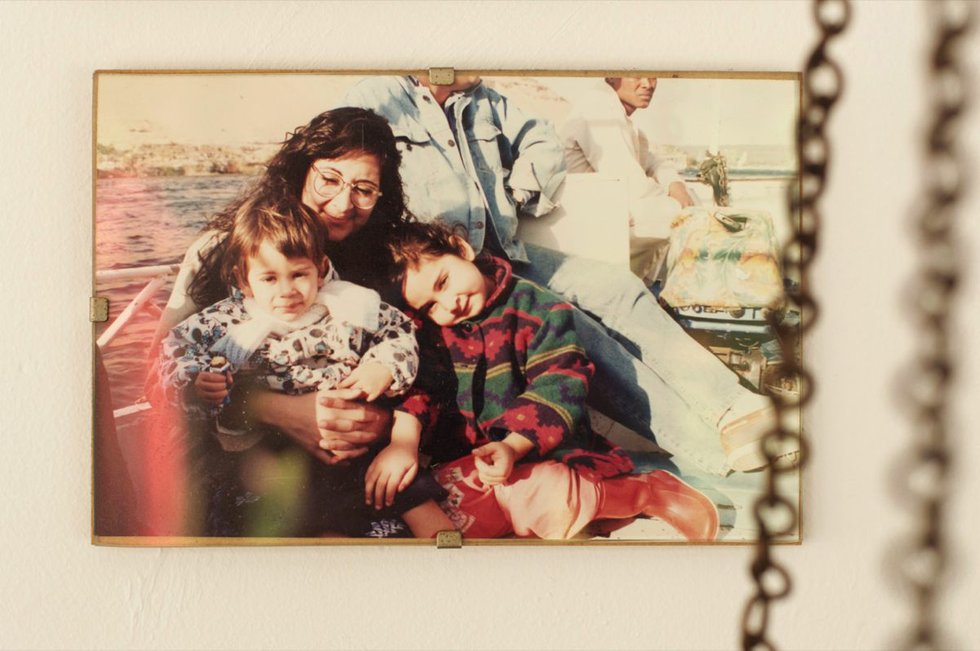