Nerds rejoice: the Storm Crow Manor is officially open and ready to bring food, drinks, games and a carefully designed. 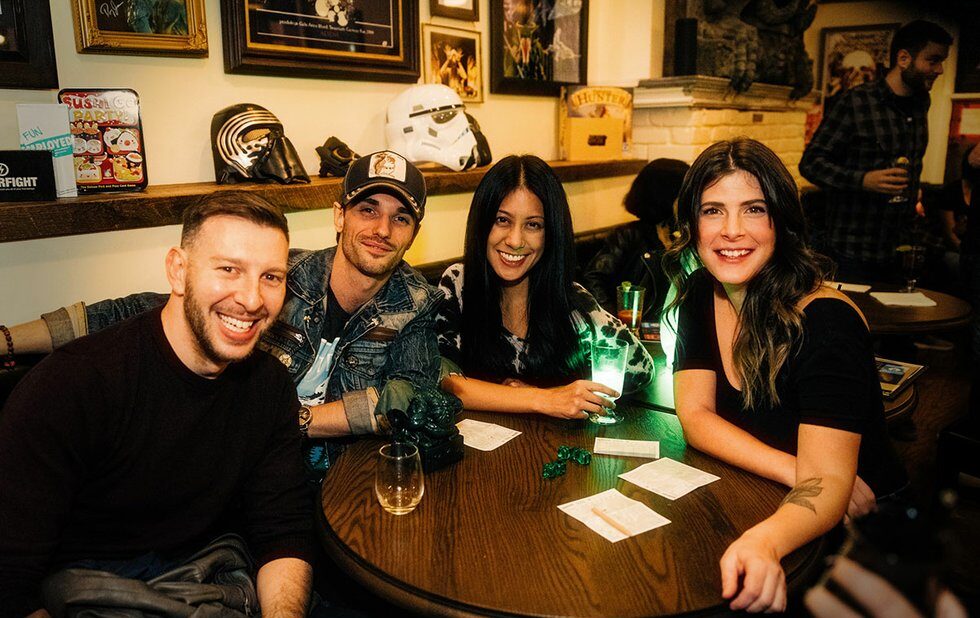 If you love Star Wars

Nerds rejoice: the Storm Crow Manor is officially open and ready to bring food, drinks, games and a carefully designed space filled with countless science-fiction and fantasy references. Despite no kitchen or restaurant experience, Vancouver-based entrepreneur Jason Kapalka opened Storm Crow Tavern in Vancouver, and the bar quickly gained popularity due to its geeky decor and multi-themed menu options.

In 2016, Storm Crow Alehouse opened a second, larger location in Vancouver. But with the multi-room Toronto location at 580 Church, Kapalka has taken his dorky vision to an entirely unprecedented level of geekdom.

Revamping the space that sat empty for two years wasnt easy. We had everything go wrong that could go wrong flooding, raccoons, ceiling falling in, god knows what in the basement, all the expected problems and then a bunch we didnt expect, explains Kapalka.

Formerly home to House-Maison, the historical Victorian building in the heart of the Village is a colossal space.

Because we have the option to have a bunch of different rooms, they can be more heavily themed. Weve got a cyberpunk, post-apocalyptic, Blade Runner-y zone, then a Victorian steam punk kind of place so we can go more whole hog on one idea whereas the other locations are more of an explosion of geek stuff, says Kapalka.

Kapalka says the inspiration for all three Storm Crow locations is based on whatever he thinks is cool.

Mostly, its just me looking around and thinking a secret room would be cool. I like the idea of a submarine room. Lets try that. Its the same with The Black Lodge. I like Twin Peaks. I like The Shining. I thought it would be cool to be in a bar thats a combination of those two, says Kapalka.

This same vision carries over to the cocktail menu, where Kapalka and his team are always experimenting with new ideas.

Open up the Star Trek-inspired Liquor Operations Manual and you’ll find a variety of explicitly geeky cocktails. The shared cocktails ($38) are an unforgettable experience for two or more. The Dark Side Bowl will have you drinking out of Darth Vader’s smoking helmet.

If youre flying solo, you can try a Butterbeer ($9) from Harry Potters Diagon Alley or a Romulan Ale ($10) from outside of Star Treks Federation space. For $6, you can roll a 20-sided dice for a random shot, be it the Vulcan Mindmeld with creme de cacao & creme de menthe or Smaug’s Golden Hoard with sambuca and Goldschlager.

We have a new drink that were trying out, The Mezterio ($17), that looks like this comic book villains helmet with fog inside. The fog is actually hickory smoke and so the drink itself is a mezcal Negroni. A hickory-smoked mezcal Negroni inside of a smokey Spiderman villain helmet, says Kapalka about a new geeky addition to the cocktail menu.

Kapalka says that while the decor and cocktails are grand, he likes to keep things simpler for the food menu. With lots of gluten-free and vegan options, it sticks to its nerdy themes without getting too complicated.

Weve found that if you try to make food too strange, it freaks people out, says Kapalka. We had our chicken wings at one point called Romulan Wings, which is a Star Trek gag but then people would ask What is this? Is this made out of Romulans?

People from every fandom and subculture can feel at home at a Storm Crow its where the weird and wacky go to congregate. We get a wide range of people, not all of them classically identifying as nerds, says Kapalka. We get a lot of heavy metal guys, suicide girls and these goth bohemian types, people who felt more comfortable in that environment than at a sports bar.