NOW MagazineFood & DrinkFoodWhy are so many new bubble tea shops opening in Toronto?

Why are so many new bubble tea shops opening in Toronto?

GTA customers are slurping up Taiwan's fave drink more than ever, with dozens of new boba chains and established franchises alike getting in on a "battle royale" for the growing market 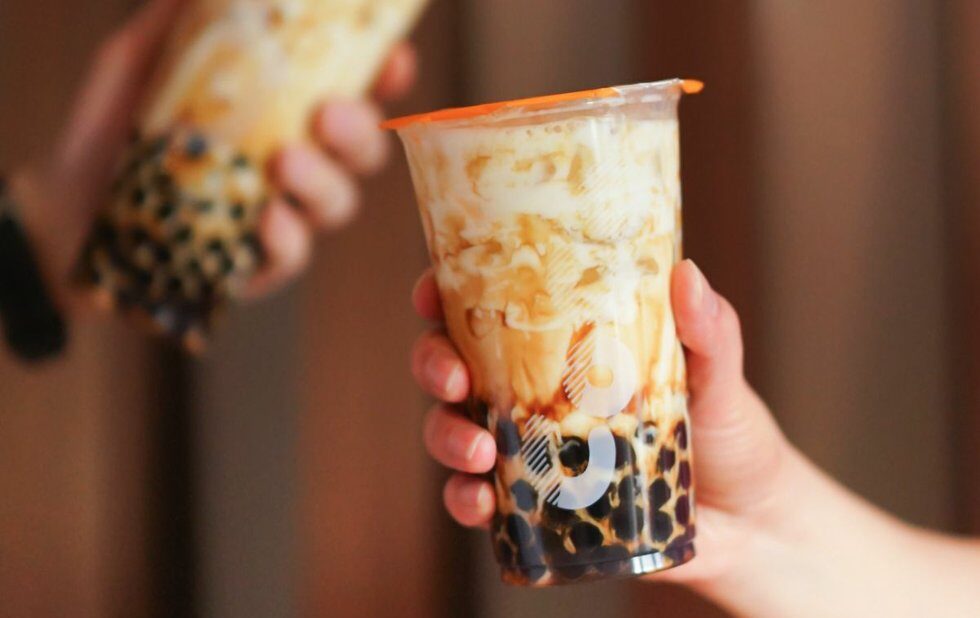 No, your eyes aren’t deceiving you: Bubble tea shops have been multiplying at a breakneck pace across the GTA in recent months — sometimes seemingly on the spot.

“Right now, in one plaza in Markham, you could probably find six to eight brands,” estimates Zhe Kuang He, who works with Taiwanese boba brand CoCo Fresh Tea & Juice. “It’s really blown up.”

What was once a steady, if fairly low-key, local market for the world’s favourite tapioca-pearl-laced beverage has exploded over the past year or so, with a slew of overseas chains looking to stake their claim on the market – most hailing from Taiwan, where the drink was first invented in the 80s. (There’s Answer Tea, Tiger Sugar, The Alley, OneZo Tapioca, ChunYang Tea and Song Tea, to name just a few.)

“I think I can count over 20 that have just came in over the last year,” says He, whose marketing agency, Sweven Media, has helped a number of Asian food chains build an audience in Canada.

Meanwhile, a few brands that got a foothold before the gold rush have dramatically scaled up expansion in order to build brand loyalty.

And although that might sound like an ultimately unsustainable market, companies say that the, uh, bubble isn’t about to burst any time soon.

“While it looks like the market’s saturated, if you were Starbucks two decades ago, you could say, ‘Oh, I’m saturated – I’ve got 40 locations,’” says Thomas Wong, the co-owner and CFO of Chatime, which landed in Canada in 2011. 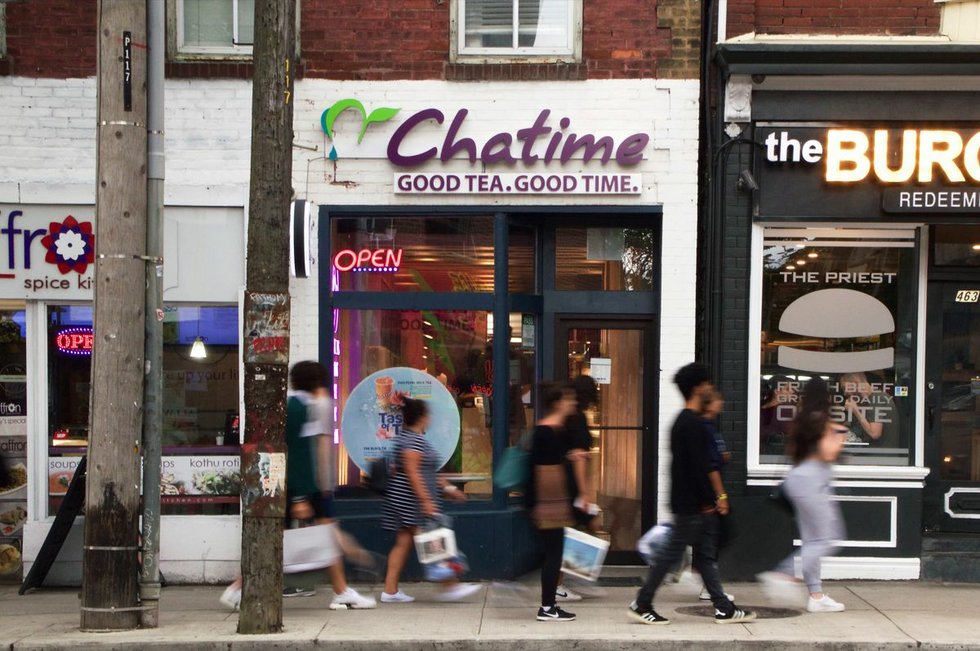 Chatime has 38 locations and counting in the GTA – including this recently-opened one at Queen and Spadina.

With 38 GTA locations, Chatime is one of the biggest players in the local boba market they’ve opened five new shops in the past few months alone.

“We’re opening stores inside and outside of the city, and we’re seeing strong demand everywhere,” Wong says.

Torontonians have, of course, been happily slurping on those signature giant straws for decades: Wong grew up in the city and remembers trying his first sip of bubble tea in the mid-90s. The drink has enjoyed steady popularity since then in mom and pop shops, as well as domestic chains like Tea Shop 168.

But what hadn’t hit Toronto until recently was the massive boom in choice and quality that was happening in Taiwan and other parts of Asia. While Torontonians spent a number of years (fairly happily) downing powdered-mix slushies, the best-known brands from abroad have built customer bases on a sense of quality and even luxury.

Brands hand-select their teas and cook their own tapioca pearls (some, like OneZo, do it right on café premises). You can even get trendy drinks swirled with edible glitter or crowned with a dense layer of cheese foam printed with a photo of your smiling face.

The market was also primed by the product becoming increasingly appreciated outside the drink’s generally younger, Asian demographic: “The Westerners didn’t really know about bubble tea – but it spread by word of mouth, and millennials spread it to their friends. It got more convenient for people to try, and a lot of people started getting really into it,” He says. 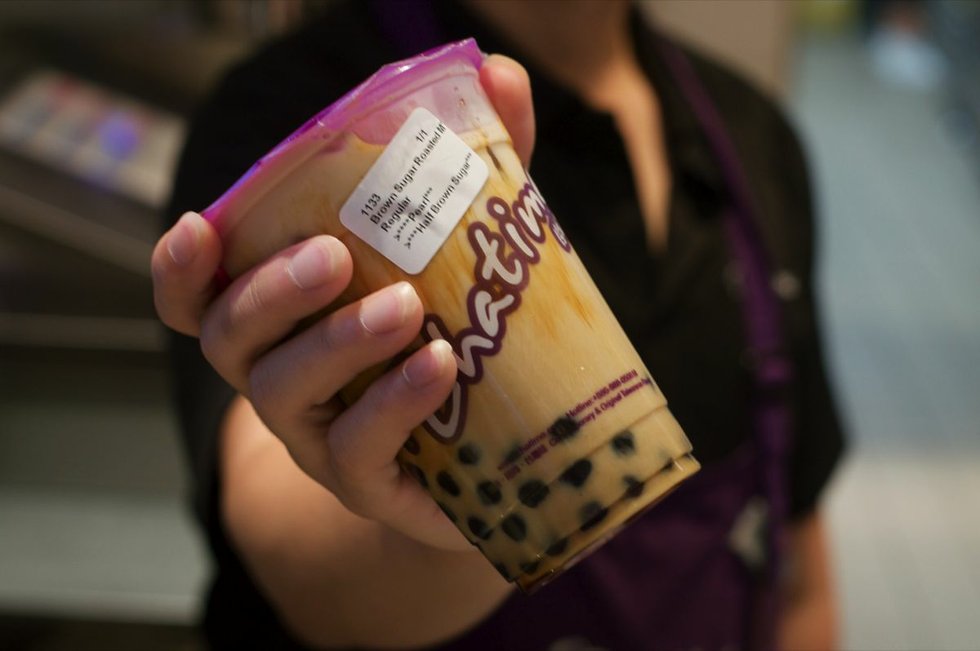 The social ritual that comes with bubble tea is a big part of its specific appeal, Wong adds.

“Some people look at it as being just like coffee, but really, when you look at most coffee drinkers, it’s a habitual thing,” Wong says. “Bubble tea is historically very about the experience, whether you’re going out with friends or having a first date. It’s very much an experiential thing.”

As demand grew, a number of overseas brands made simultaneous moves on the Toronto market: “People are just seeing what’s working, and want to give it a try themselves,” He says. The relatively low cost associated with opening a bubble tea café – not much specialized equipment, low staffing needs – makes expansion easy, and big companies can more easily front the cash for new storefronts.

So far, brands have been able to survive the boom in competition by having a specialty (or, ahem, special tea): You might go to CoCo for the pearl milk tea, Chatime for the roasted milk tea, or Tiger Sugar for the brown sugar tea. And some brands, He points out, target different demographics: CoCo is cheap and cheerful to suit a younger audience, while brands like The Alley have sleek cafés that target an older, more cosmopolitan crowd. 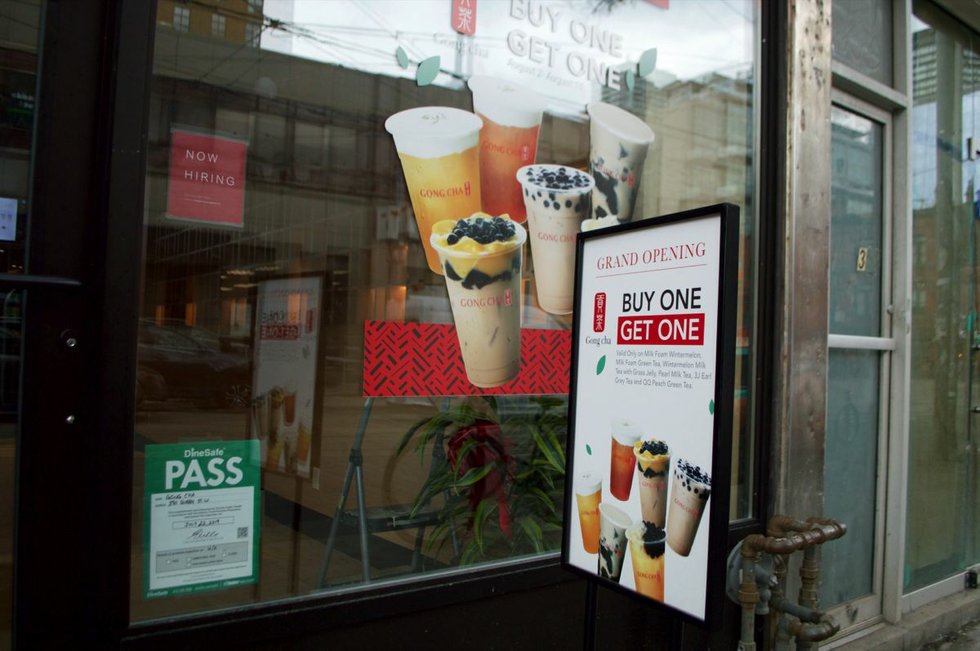 Grand opening deals at a new Gong Cha location – just across the street from a Chatime and down the road from a CoCo.

But He is a little less bullish about the bubble tea market: “Right now, it’s a battle royale. Everyone’s trying to get out of this alive,” he says, adding that he’s seen some more gimmicky, Instagram-friendly brands already start closing up shop.

“I think when the dust settles in a year or two, there’s going to be a couple big brands. And when you go to pick up a bubble tea, you’re going to think of those brands.”

The ones that will survive, He says, will either have built a strong enough brand that customers will pick them over other options, or they’ll have enough shops to be a more convenient option than the competition.

But the upside of having so many players in the market, He says, is that it helps establish more lasting demand, and he sees the trend having longer legs for that reason.

“The more people who do it, the trend and concept become stronger,” he says. “When more people are trying to get a piece of the pie, they’re expanding the pie at the same time.”