While Toronto patios reopen one by one, Cherry Street Bar-B-Que – home to a sprawling 100-seater – says it's still too risky 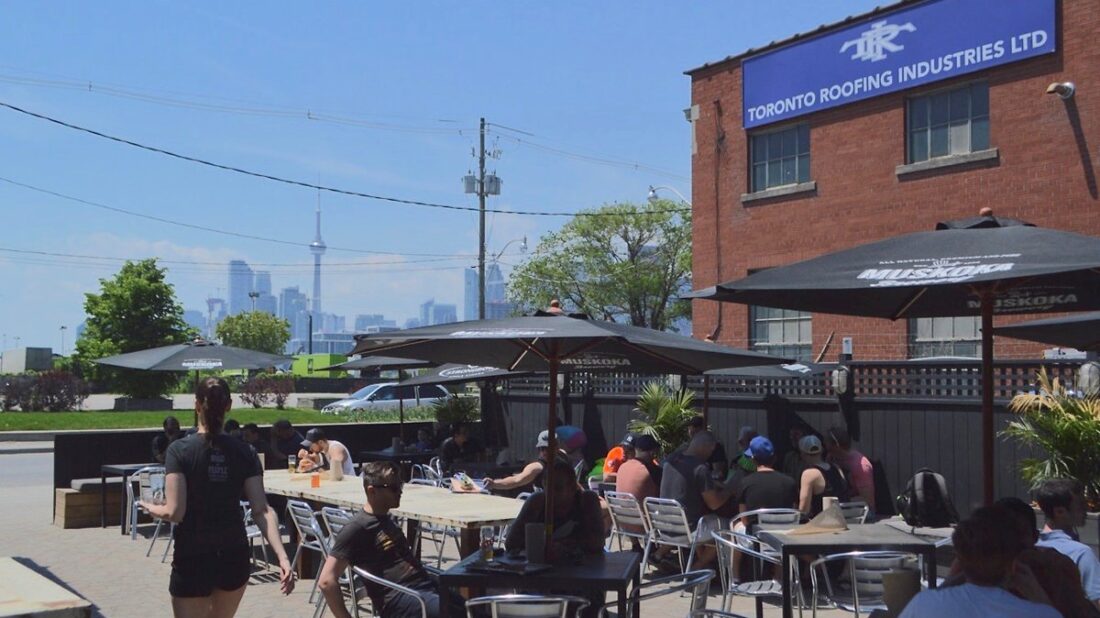 When the Ontario government gave Toronto the green light to enter Stage 2 last week, restaurant after restaurant and bar after bar announced to their customers that their patio would soon be open.

“It is in the best interest of staff and guests that we have decided to maintain our current form as takeout only, and not allow for any seated dining on our patio,” owner and pitmaster Lawrence La Pianta wrote on Instagram. “We think that the patio is best used as an additional waiting space for our guests as we prepare their food.”

Was that decision motivated by safety? “Absolutely,” La Pianta says in an interview.

“Anyone who’s been down to Cherry knows how busy our patio can be. There’s no feasible way to do it safely, in my mind.”

La Pianta’s restaurant is an outlier in an industry that’s been largely chomping at the bit since the pandemic hit to welcome back in-person diners, which make up the vast bulk of a restaurant’s sales.

Restaurants have been eking out business since dining rooms were forced to close in mid-March, to varying degrees of success. Many began relying on takeout apps – which claw back high percentages of sales – to keep serving customers.

A patchwork of government initiatives has provided some relief. The AGCO, which oversees liquor licensing and sales, allowed restaurants to sell beer, wine and sealed spirits for takeout and delivery, which helped some convert their bar inventory and wine cellar stocks into revenue.

But a wage subsidy program proved unhelpful to a number of restaurants that laid off staff due to a lack of available work. Commercial rent relief, which left the onus on landlords to decide whether to apply, had a dismal pickup rate of around 20 per cent. And other supports were largely loan-based – which, business owners argued, would only make the sector’s slow crawl back to profitability even more fraught.

With this in mind, dozens of restaurants across the city immediately opened their outdoor spaces – with new distancing measures like capacity caps, digital menus (like at Marben) and plexi dividers (which recently appeared on the booths at Foxley).

Cherry Street’s 100-seat patio, with an outdoor bar and ample elbow room, would ordinarily have been a shoo-in for a Stage 2 reopening.

But La Pianta says the Port Lands are so busy – from beachgoers and dog-walkers to rollerbladers and cyclists – that even controlling the lineup would likely become an issue,

“Even if you do 30 people, max – we would have had to hire a door person,” he says. “Our washrooms are still the same size. The staircase (into the restaurant) is the same staircase. Distancing can’t be maintained for staff and guests. There’s no way to do it safely.”

As it stands, he says, the restaurant and patio are set up well for customer flow, with only a few people inside the building at any given time.

La Pianta was joined this week by Edulis, who announced that they would be keeping their patio closed to maintain the focus on their at-home dining program.

“We are not ready to take that step – our tiny size makes doing so safely difficult,” co-owner Tobey Nemeth wrote on Instagram.

“For a restaurant with such a small capacity, takeout – for now – is our lifeline.”

La Pianta says that when he gets emails from regulars about reservations, he directs them to others who have open outdoor spaces. While the vast majority of his peers have reopened their patios, he says, “a lot of people in the industry share a real sense of hesitation and nervousness about reopening to the public, and I can’t blame them.

The exception, he adds, is if the business is packing customers onto a patio.

That’s already proven to be an issue on the first weekend of open patios, as photos circulated on social media of bars with chaotic lineups and packed patio areas. (One such establishment, Ruby Soho, announced that they would be moving to a reservation-only model on the patio – a plan many have adopted to help cut down on crowd control.)

“I’m worried about what’s coming two months from now, a month from now. Look at what’s happening in Florida and Texas,” La Pianta says. “This isn’t a year where you turn a profit. This is a year where you figure things out, and you keep people safe.”