Rosen’s wants to turn your toast into a cinnamon bun 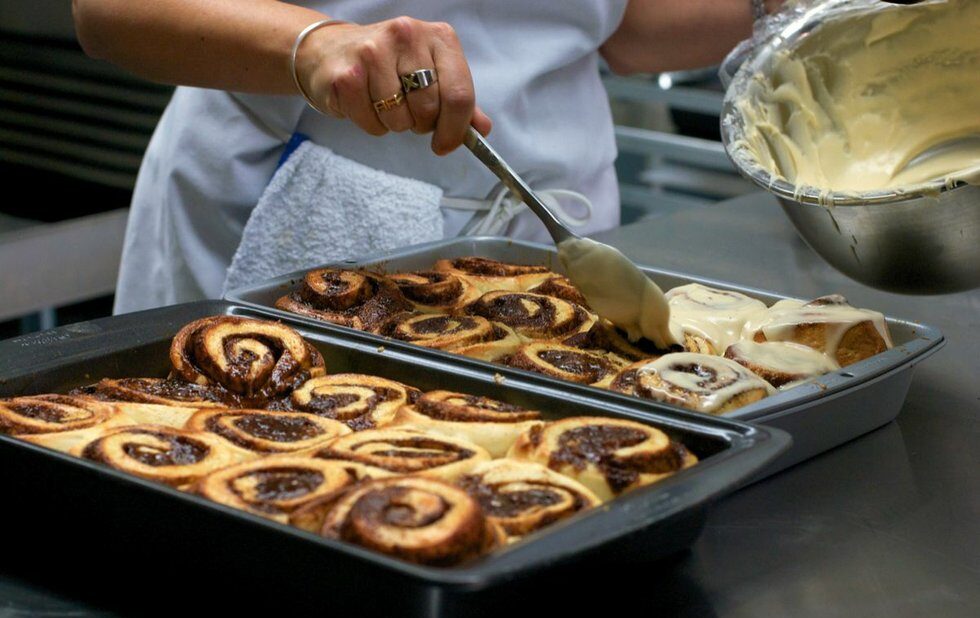 Ever since she opened Rosen’s Cinnamon Buns last year, Amy Rosen’s (numerous, hugely dedicated) customers have been bugging her to sell her signature cinnamon-bun filling in jars. Now, she’s looking to make good on that idea, turning to crowdfunding to launch what she’s calling Rosen’s Cinnamon Bun Toast Spread.

“You know the delicious filling, what we call ‘the goop,’ inside of cinnamon buns?” Rosen writes on the campaign’s Indiegogo page. “Well, we’re making it into a jarred spread, perfect on toast, drizzled over crepes, pancakes, waffles and ice cream, or even used to make your very own buns, by smearing it over pizza dough before rolling it up and baking.” (Heck, I’d be tempted to just mix that stuff right into my morning coffee.)

Too many crowdfunding campaigns set a high ceiling for perks, but Rosen’s giving you the goods: $15 gets you a jar of the good stuff, plus a coupon for a free cinnamon bun over at the shop. Upper tiers include $55 for four jars, plus a sweet Rosen’s Cinnamon Buns toque (sure to be the hot food merch item this winter). Check it out at Indiegogo.