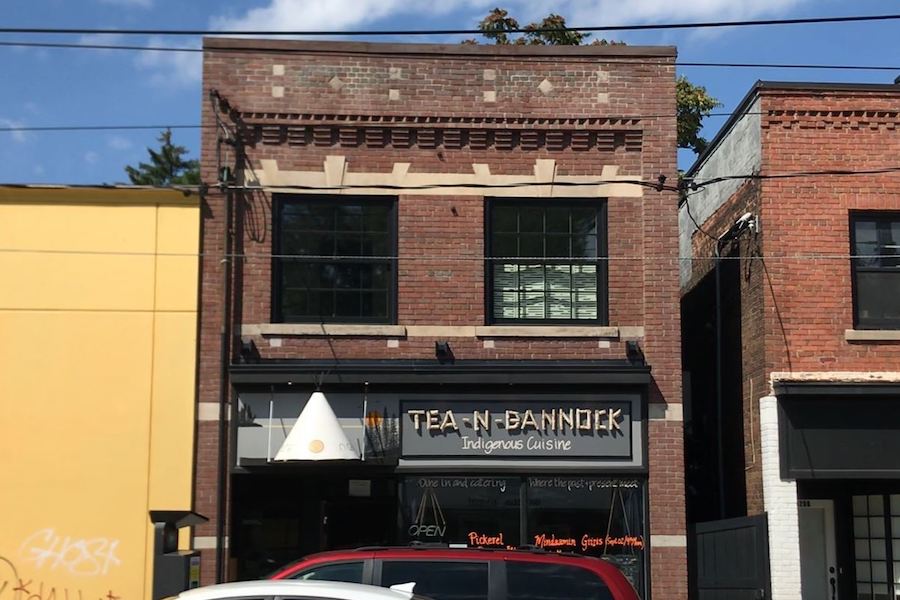 Tea-n-Bannock is the longest running and operating Indigenous restaurant in Toronto, according to Joanna Simon, who is part of the kitchen team.

“It’s been an amazing experience,” says Simon, describing working in the restaurant and with community surrounding it.

The Leslieville spot opened its doors eight years ago. Chefs from other Indigenous restaurants like NishDish and Pow Wow Cafe have joined them since to serve up traditional comfort foods.

The chefs at Tea-n-Bannock serve up Indigenous staples like fish and wild rice, bannock (a traditional flat bread) and more modern twists like Navajo tacos. The restaurant gets its wild-caught arctic char from Nunavet and pickerel from Indigenous communities along the northern lakes.

“The meals are reminder for some people who haven’t been home to the reservations in a long time,” says chef Thomas Norton. “It’s like a home-cooked meal for them.”

But he also welcomes newcomers by offering suggestions, like the Bison burger, which is leaner and better than the beef kind.

Tea-n-Bannock has a laid back vibe, says Norton, who warns that they take their time to cook meals fresh and serve them hot. “If you’re going to come here for a fast food meal, it’s not going to happen.”

Watch the Tea-N-Bannock team at work in the video below. The restaurant is located at 1294 Gerrard East and is open from Thursday to Saturday, 4 pm-8 pm.