The best food and drink events in Toronto this summer 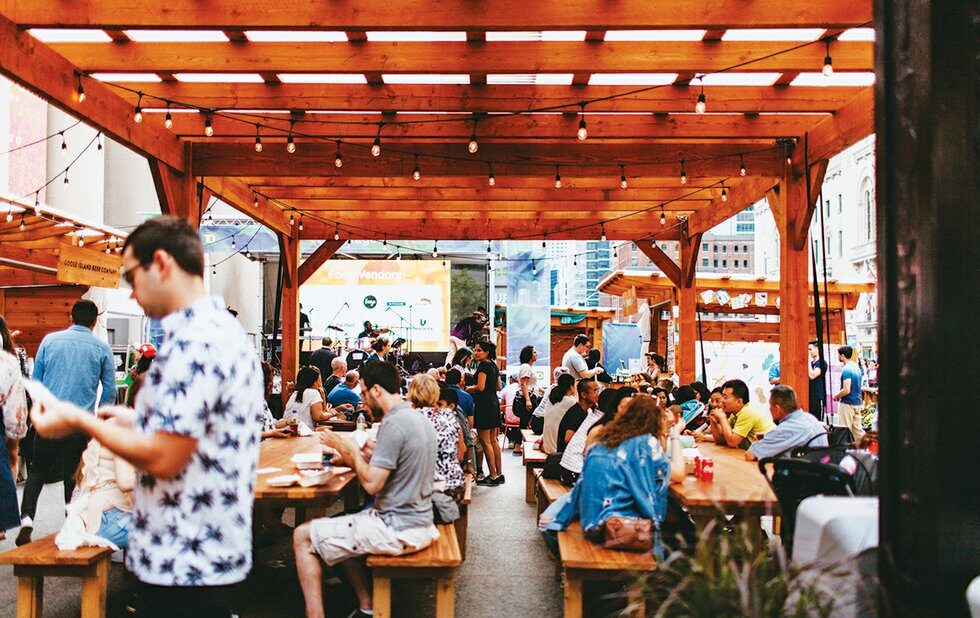 Eat, drink and be merry at Union Summer, outside Union Station from May 31 to August 3.

BASK IN THE SUN AT UNION SUMMER

Always a staple of the summer food event lineup, The Stop’s Night Market rolled out a major change this year: a shiny new location at shipping-container market Stackt (pretty big upgrade from that vacant lot in the Junction). What hasn’t changed is the broad selection of 85-plus restaurants and drink purveyors, each bringing choice bites and samples for all-you-can-eat munching. This year’s roster includes Woodlot, Tuk Tuk Canteen, Roselle Desserts, Donna’s, Farmhouse Tavern and more.

RAISE A PINT AT A BEER FESTIVAL

Summer and suds go hand in hand, especially when it comes to Toronto food fests. Toronto Craft Beer Fest returns to Ontario Place with 30 breweries and cider companies (and some fun cover bands in tow). Next up is the Toronto Festival of Beer, featuring hip-hop legends Public Enemy Radio, Raekwon and Ghostface Killah, plus Ja Rule and Ashanti (along with a massive lineup of craft breweries). And if you’d rather skip the crowds in favour of a more educational approach, Toronto Beer Lovers Tour offers a handy local crash course for beer geeks, whisking guests around to guided tastings and tours at four breweries in a single afternoon.

SAVOUR SHAWARMAS AT TASTE OF LAWRENCE

July 5-7 at Lawrence East (from Warden to Birchmount). Free. wexfordbia.ca

CHOW DOWN AT THE WATERFRONT NIGHT MARKET

The Waterfront Night Market returns to Ontario Place for its 10th anniversary. Indulge in dishes and snacks from over 150 pan-Asian vendors, including Japanese takoyaki, Hong Kong-style bubble waffles, Taiwanese bubble tea and those ever-popular tornado potatoes. Then head over to Beercraft, an on-site ticketed beer market to wash it all down.

JET TO BRAZIL AT THE PAN AMERICAN FOOD & MUSIC FESTIVAL

Savour the diverse cultures of Central and South America at this free outdoor event at Yonge and Dundas. Now in its fifth year, the Pan Am Fest promises live music and dance performances, including the fest’s first-ever talent competition. But the food lineup is an even bigger draw, with a vendors’ market and demos running all weekend. A particular highlight: two cooking contests – the Superheroes of Ceviches and Empanada Armada competitions – will let audience members vote for their favourite bite.