Toronto restaurants that opened and closed this week: June 22-29 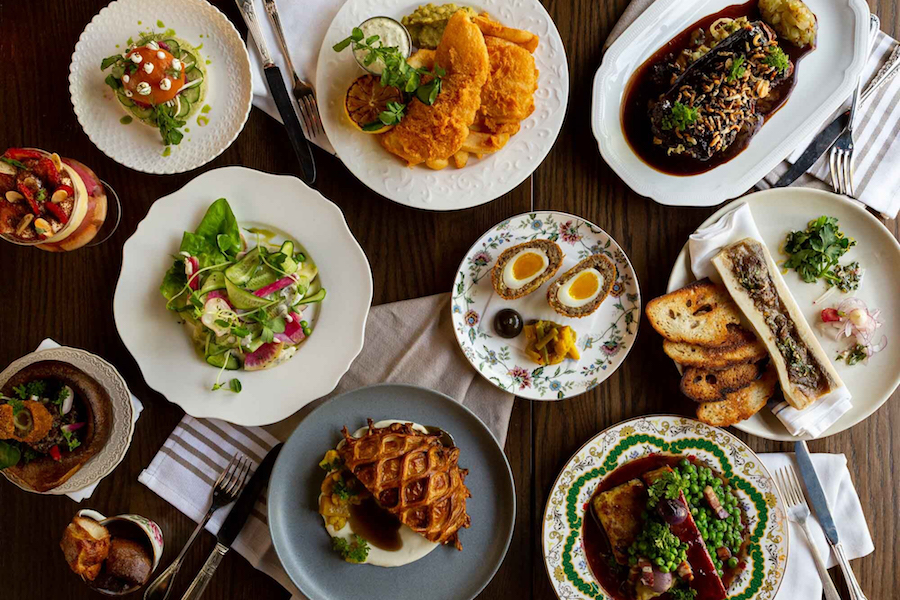 The Rabbit Hole is one of a few long-awaited restaurants that opened this week including Aloette in Liberty Village and Dave's Hot Chicken in midtown.

Step two of the province’s reopening plan starts June 30 at 12:01 am – good news for Toronto restaurants that can start serving outdoor tables of up to six people as we get ever closer to the return of indoor dining.

This week there are a bunch of openings that run the gamut from a movie-themed fast food pop-up to a grocer selling Asian pantry staples. The long-awaited latest venture from Oliver and Bonacini, a British-style gastro pub, also opened this week after over a year of COVID-related delays.

While many exciting new bars, coffee shops, bistros and restaurants are opening every week, there are still casualties that haven’t survived the pandemic. Restaurants that didn’t receive patio permits from the city’s CafeTO program are still relying on takeout and delivery orders.

Here are the local spots that will be sorely missed and the new neighbourhood hangouts that hit the block between June 22-29.

This family-owned Lebanese restaurant on Danforth – known for their mezzes, lamb chops, shish kabob and shawarma – closed last week. It opened in 2019. The interior design paid homage to the Beiteddine Palace in Lebanon. The owners announced the closure on Instagram.

This queer dive bar on Queen West said “goodbye for now” earlier this month. In a statement shared on Instagram, the bar said COVID-19 and an ineligibility to access government subsidies were factors in the decision to close. “With the support we received through the GoFundMe campaign, as well as our very supportive landlord, we were able to stick around this long, but unfortunately it wasn’t enough to save us.”

The second location of Aloette opens June 30 in Liberty Village. The baby sister to the upscale modern French restaurant Alo, Aloette is known for comfort food with an haute cuisine influence – think fried chicken with yuzu honey, braised short ribs with ramp pesto or burgers with Beaufort cheese. The new location was first announced back in February so anticipation has been building.

Stack Market has been ramping up the rosters of vendors and the latest addition features Asian American and Pacific Islander-owned brands. Auntie’s Supply is stocked with pantry essentials and snacks that “take you home,” like salted egg chips, banana ketchup, crispy squid and more. They’re also selling slices of cakes by Kwento (which you typically have to order in advance).

Dave’s is continuing their spread across Canada with their latest Toronto location set to open on July 2. The Nashville hot chicken chain is known for sliders, tenders and cheese fries. The new midtown location is in between Eglinton and Davisville.

This beloved Toronto coffee company just launched a fourth location inside the Farm Boy location near Yonge and Soudan. Great news for all the residents that live in the condo above it who don’t have to go too far to get their caffeine hit.

Pre-orders are now available for director Kevin Smith’s Mooby’s pop-up, running at the Adelaide Hall between July 14-25. Smith has been bringing the fictional fast-food chain from his films to life with a series of pop-ups, including a ghost kitchen that ran in Etobicoke last fall. Get the whole story here.

Marben has continually adapted to shifting pandemic rules and its new pop-up is just another example. Rodie is all about hand-held food and sodas for the road, for people on the go. There’s the vegan celeriac shawarma with chilli sauce, garlic cream, sumac pickled cabbage and lovage onions; the Berkshire dog, made with kanzuri kraut, crispy black beans, pea-miso aioli and IPA mustard; and the Rodie hand pie, filled with chorizo, cheese curds, potato and ramp habanero sour cream.

For fans of steak and mushroom pie or Yorkshire pudding, the Rabbit Hole is the exact place you want to fall into. The new venture from the O&B team is doing traditional British meals with a twist, like roast bone marrow, mushroom pithivier and Cornish hen tikka masala.

The team behind Otto’s Bierhalle and Grape Crush launched Sammy’s late last year, serving fried chicken sandwiches and smash burgers. They used to run the pop-up out of Otto’s on Queen West but moved it north to the kitchen at Grape Crush (formerly SoSo Food Club). Now you can enjoy a chilled glass of wine or a frosé and a mouthwatering burger all in the same place.