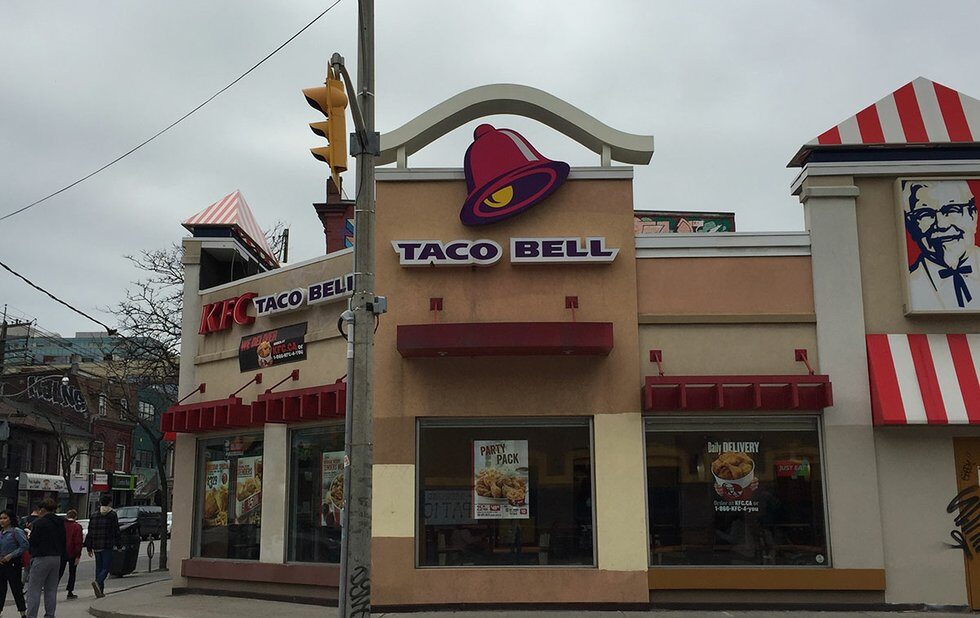 If you’ve only ever eaten Taco Bell while groggy and hungover in the middle of the afternoon, then hold on to your chicken chalupa because you’re in for a treat. The California-based fast food chain that first arrived in Canada – more specifically, Windsor – in 1981 is getting a makeover this summer. In addition to rapidly expanding from 170 to 700 Canadian locations over the next decade, they’re introducing fresh décor, plated food and even alcohol.

A number of Taco Bell franchises across Canada have applied for liquor licences, including Toronto’s 484 Queen West location, which the company calls its “flagship store” in a press release. Starting in June, customers over the age of 19 will be able to purchase beer with their meal.

“Labatt is currently working with us to figure out what the right lineup is to complement our food,” says Amanda Clark, general manager of Taco Bell Canada.

Beer will be available in draught format only, so only those dining in the restaurant will be able to enjoy a cold one with their Naked Chicken Chalupa, which by the way, is a taco where the shell is made entirely from fried chicken.

In addition to alcohol, the revamped Taco Bell will feature an open kitchen so that customers can watch how their food is prepared, television screens, local artist-designed murals and electronic charging stations to ensure your phone isn’t dead for social media snaps. Clark says it’s part of the brand’s move to attract millennial and younger customers.

“They really are expecting more. They’re looking at food as not just fuel, but as an experience,” she says. “They’re looking for a beautiful place to eat.” 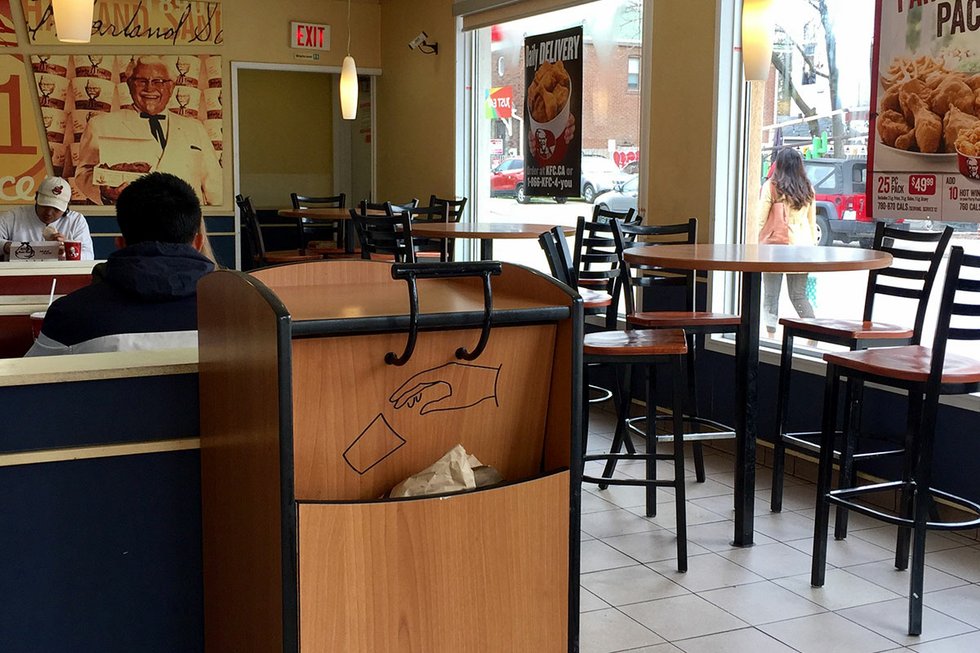 The current dining room at the Taco Bell on Queen West, which is shared with KFC.

Taco Bell’s shift from quick-service shop to fast-casual dining is part of a growing trend that’s been led by brands like Chipotle, Five Guys, Nando’s and Shake Shack.

Across Canada, burger brand A&W has been revamping its locations over the past year and rapidly expanding. In-restaurant diners at some locations now receive table service, plated meals and root beer served in chilled glass mugs. The brand has also focused on promoting the quality of its ingredients in advertisements.

“I think back to when I was in university, what I expected from my food experience was cheap food, but consumers nowadays really want it all,” Clark explains. “You’re looking for food at a great value, but you don’t want to go into a restaurant that basically looks like they’re trying to get you to come in and get out.”

The Taco Bell on Queen West currently has a small dining room with a few high-top tables and booths. It doesn’t have a drive-through window, but at locations in the GTA that do, around 65 per cent of customers choose to remain in their cars. With millennials less interested in car ownership and car drivers on the decline in younger generations, drive-through will likely be less common. Clark hopes that in-store perks will entice customers to stay a while.

In addition to their large menu of over 20 Mexican-inspired dishes, such as chalupas, gorditas, quesadillas and Crunchwrap Supremes, Taco Bell will be adding larger, sharable dishes to their offerings, although these dishes haven’t been disclosed.

“Taco Bell is evolving to fit our customers,” says Clark. “I’m excited for them to see us really stand out as a lifestyle brand and a true category of one.”