A laundromat coffee shop, a legal cafe, a tattoo parlour espresso bar, and many, many more unusual places to caffeinate around the city 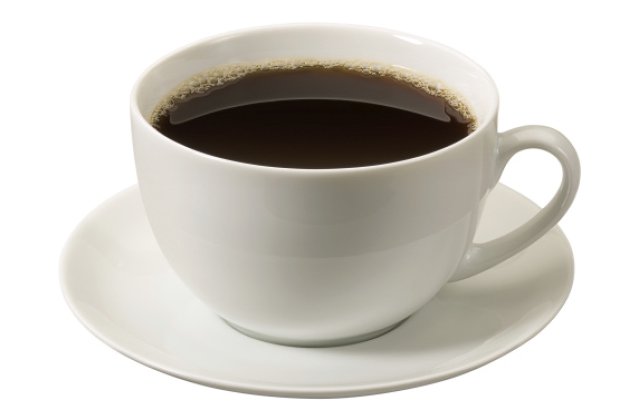 Barista Josh Campos is in a glass case of emotion at the Coffee Lab.

Toronto coffee shops tend to, by and large, follow a similar formula: good locally roasted beans, able baristas, tasty snacks and enough tables and plugs for the herds of daytime freelancers to find sanctuary (or, alternatively, a sassy sign about how there’s no WiFi and you should just talk to one another instead).

But competition breeds creativity, and a few local businesses have made the decision to set themselves apart (and diversify their revenue streams!) by bringing some decent java into a non-laptop-farm environment.

To further explore this phenomenon, we’ve rounded up Toronto’s most unusual cafés, in ascending order of oddness:

What do you get when you mix 1,200 vinyl records with some steaming-hot traditional Armenian coffee? The answer is this idiosyncratic-yet-relaxed space on Queen West. At the front of the long, thin room are bins packed with genre-skipping new and used records, and you can linger over your laptop at the tables at the back. Here, Armenian beans are brewed in a process similar to Turkish coffee: heat grounds and water in a long-handled pot over a bed of hot sand, pour and serve.

If grabbing coffee and trawling through shelves and shelves of used books and records sounds like the perfect rainy afternoon, this East Danforth shop lets you get all that done in one fell swoop. The long, skinny bookshelves that ram the space and the bargain bins stuffed with vinyl both boast their share of awesome bargain finds, provided you’re willing to take the time to dig. Even if you’re pressed (ha) for time, the Reunion Island coffee is a solid selling point on its own. 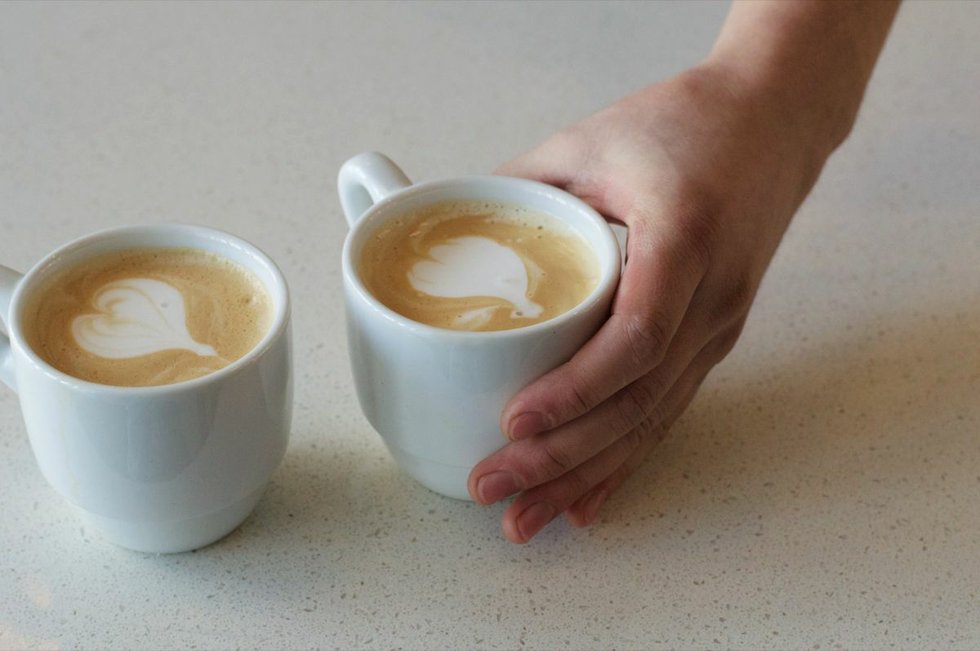 Having a lunch counter on-site at a grocery store is always a good idea (may as well do something awesome with all that soon-to-pass-its-prime produce), but it’s essential at this Dundas West grocer, where eliminating waste is priority No. 1. Snacks like egg bites are made from the store’s products, while baked goods are sourced from neighbourhood producers. And the coffee, from sustainable roaster Delta, ain’t half-bad either. (It’s available in reusable cups only, naturally.)

No, Josh Campos isn’t doing some kind of performance piece in that little glass cubbyhole on Spadina – The Coffee Lab’s owner-barista runs what might be the world’s smallest café, at just 18 square feet. And though he’s cut back on space, Campos cuts no corners: The Coffee Lab’s beans are imported from top-flight roasteries located all over North America (and, sometimes, even as far as Japan). Drink your espresso at the table near the window, and you can even sample it with a handmade cup and a gold-plated spoon – Campos swears by them for tastings.

Read more: Toronto might have the world’s smallest cafe

“Where’s the Mountain Dew?” has long been the gamer’s rallying cry, but those with a taste for the finer things in life can head to Sara Nguyen’s temple to all things geek and sundry for a rousing round of Exploding Kittens or a few hours traipsing down memory lane with an Atari console. In addition to brews from Flying Monkeys and Junction Craft Brewing, guests can also snuggle into a dungeon-themed booth and sip some ’spro from the suitably horror-themed Deadly Grounds roastery. Spill at your own peril.

East-end nerds need love, too, so Chris Watton opened this cozy, brick-walled comic book shop, outfitted it with comfy chairs and slapped a coffee bar right at the front. The coffee’s good here (it’s Cut Coffee, Sam James Coffee Bar’s signature blend), but so are the books – Watton and her staff make a point of reading each and every title before it hits the shelves.

When the Snail, a long-running local comic and memorabilia shop, moved out of its original digs on Queen West and into a new perch high above Yonge and Dundas, it also spawned a second location of this local café. Along with one of the best people-watching perches in the downtown core, the Black Canary also features a list of superhero- and video-game-themed-drinks. I’m partial to the Donkey Kong coconut mocha. 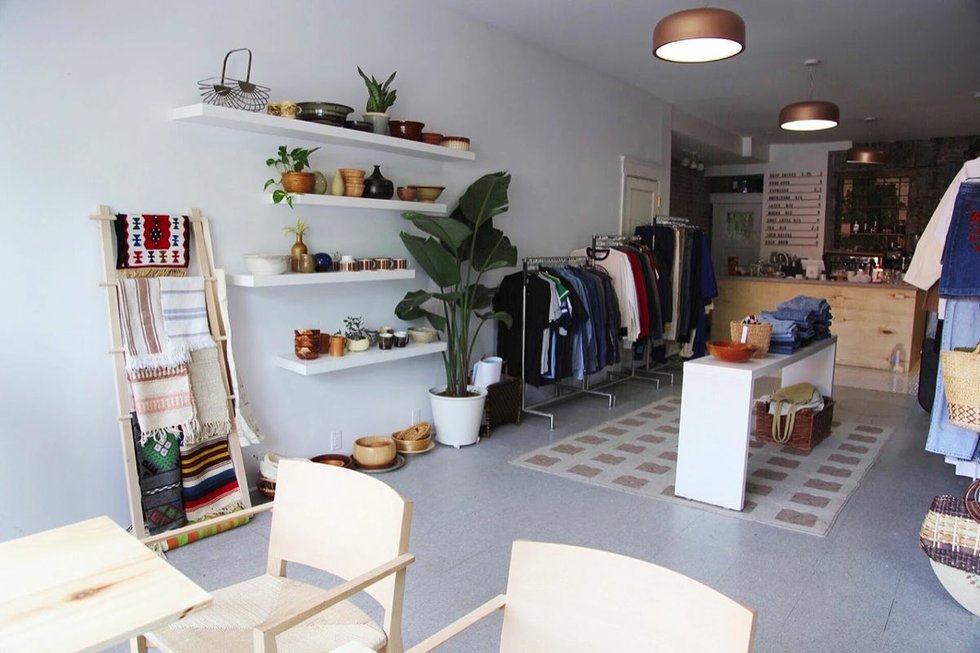 The vintage threads are as hot as the lattes at Coffee and Clothing.

The name pretty much says it all at this cute, minimal spot tucked just around the corner from the Gerrard Square Shopping Centre (which is, a quick Instagram stalk suggests, also where the owners snag the plants that decorate the space). Local artwork adorns the walls, the racks are decked out with fun, bold vintage pieces like Jack Purcell sneakers and printed Hawaiian shirts, and the bar pours its own signature blend from Zoe’s Coffee Roasters. Bonus: there’s a cute little patio out back!

Coffee shops that are tattoo parlours

It may be too stylish to really merit this comparison, but the Queen West location of this local mini-chain truly upholds the mullet ideal of “business in the front, party in the back.” The first floor of the shop is taken up by swank gold-and-leather bar stools, plenty of greenery and a marble counter where you can snag espresso from a variety of producers, including specialty drinks like a tonka bean latte. Up a flight of stairs at the back (just follow the buzz of needles), Abstract Arts’ tattooists and piercers ply their trade (perfect for those days when you need a caffeine jolt and a new hole).

Honestly, I’m not sure why other laundromats haven’t hit on this particular winning formula – might as well do something with that captive audience, right? But it’s to Bloordale’s benefit that the couple behind Laundry & Lattes plunked down an espresso machine next to their rows of Maytag machines and got to pourin’. The shop opens early (7 am on weekends) and keeps the lights on well into the evening, and they’ve got snacks if you’re hungry and free WiFi if you’re bored. It’s not my dream laundromat (that would include a selection of choice APAs on tap and maybe a karaoke machine), but it’s not a bad start. 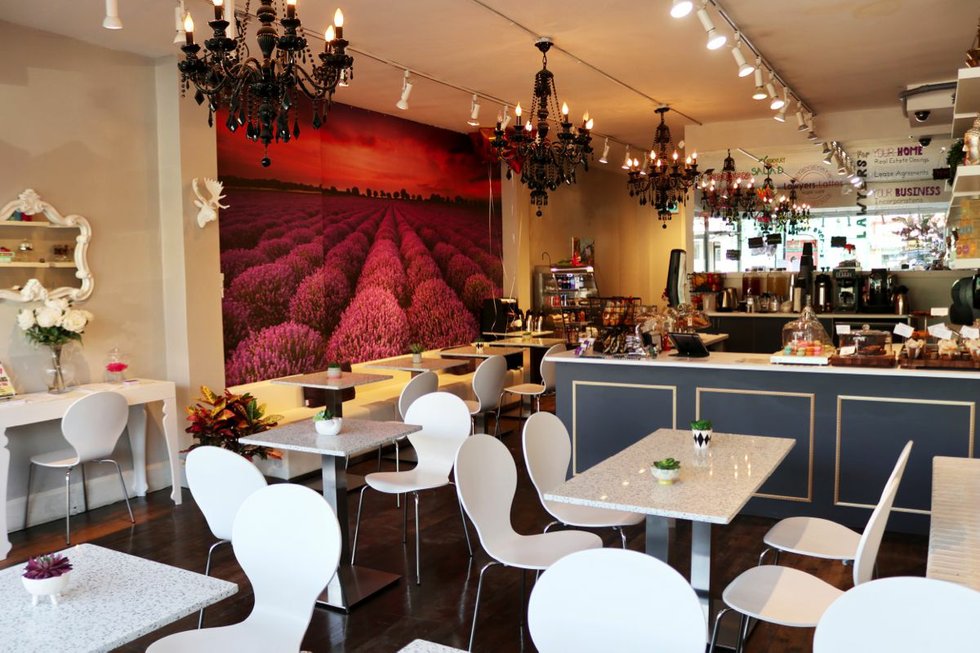 Get a big ol’ slice of tort with your coffee at Lawyers and Lattes.

Chandeliers! Macarons! Land title searches! It’s a combination that seemingly no one asked for, but Lawyers and Lattes (which is actually a full-service law firm done up like a Parisian café) is a strange stroke of genius. Those intimidated by the stuffy, forbidding atmosphere in your average legal office can instead plunk down in a cute bistro chair with a cup of espresso (or a pour-over or a French press) and maybe an almond Thai chicken salad, to discuss their legal options. Note that, like other law firms, you still need to book an appointment. (For the legal help, I mean. Not for the coffee.)