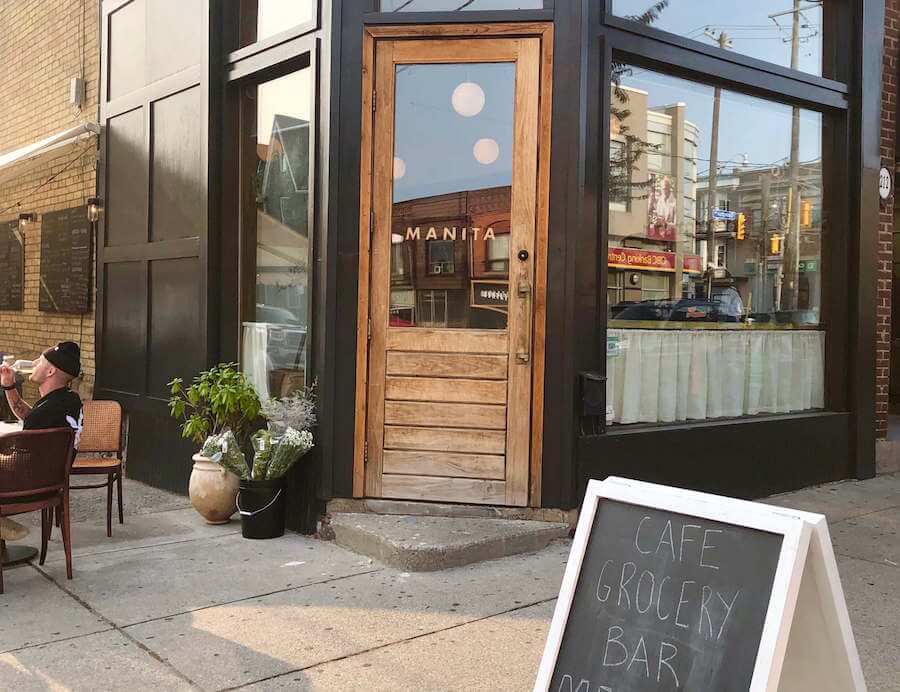 Toronto restaurateurs Ian McGrenaghan and Colin Tooke’s fourth endeavour, Manita (210 Ossington), is a cafe-bar-grocery shop born of a desire for a dining experience suited to the next stage of their lives.

McGrenaghan and Tooke are widely known for their Parkdale taco institution Grand Electric and the shuttered BBQ joint Electric Mud. Both have a rep for loud tunes and boisterous twentysomething crowds.

Manita offers a more classic dining experience. McGrenaghan still loves tacos, but he can’t eat them all the time.

“I still love our other restaurants but this is definitely more where I’m at now,” he explains. “I’m having a kid, my business partner has kids, we’re both getting older. Even our demographic, like the regulars who have been going to our restaurants since the beginning are getting older, too.”

Manita pitches itself as a spot to swing by, sit, nosh and people watch. There’s no sense of urgency even though the patio is in a constant demand between noon and 6 pm, when dinner reservations start.

On a sunny day, if you ignore the construction on Ossington, Manita feels like a little bistro on the Iberian coast, with a hint of Parisian flare from the wicker chairs and white marble table tops.

The atmosphere replicates the easy living style of the Mediterranean: it’s a one-stop shop for early morning coffee, breakfast, lunch or dinner, pantry staples and bouquets. Easy shareable plates make up the bulk of the menu, with Moroccan olives, fresh salads, falafel sandwiches and oxtail marmalade.

Feeling the strain of the pandemic on social interaction, McGrenaghan stresses the importance of a spot that’s accessible for everyone to come, whether to socialize (safely) or grab groceries, a quick drink or a little sandwich.

So far, he says, it’s working. Manita opened August 20 and business has grown organically. They are so slammed that they haven’t had time to build an online presence – word-of-mouth is keeping them afloat. 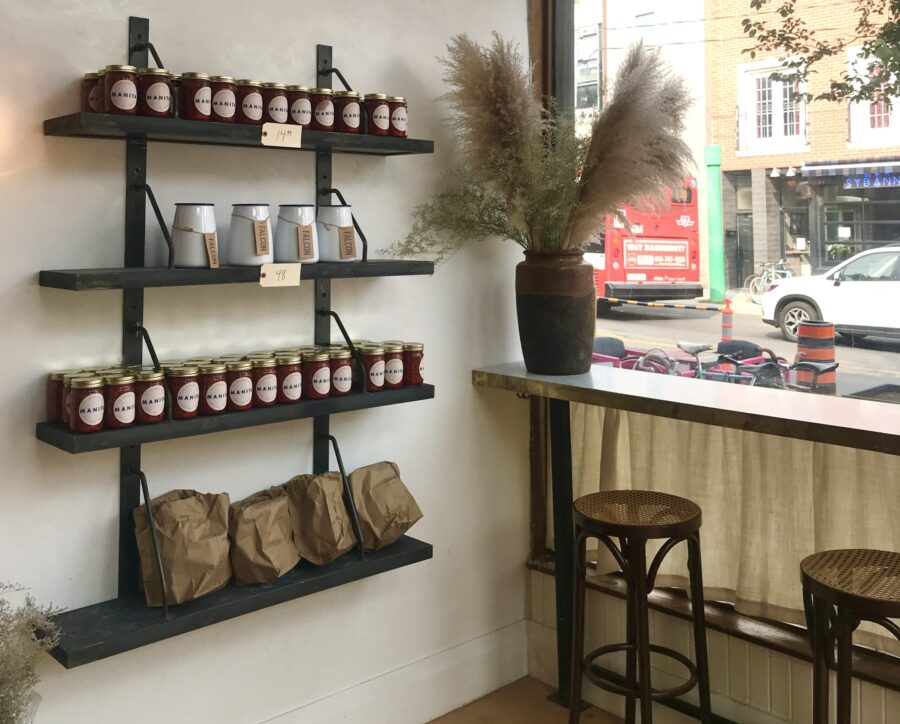 A closer look at the menu

Although the menu is heavy on Mediterranean influences, it also has Spanish, southern Italian and Moroccan touches. The offerings are based on what McGrenaghan and Tooke like to eat rather than a focus on a specific cuisine.

Manita stocks several quality olive oils and that extra-virgin good stuff makes its way into almost every dish. Crispy, buttery oyster mushrooms are sautéed in it for the arugula salad. The cheeseburger is paired with a classic aioli whipped from scratch. And it’s drizzled over tomatoes with za’atar in the Mediterranean plate. 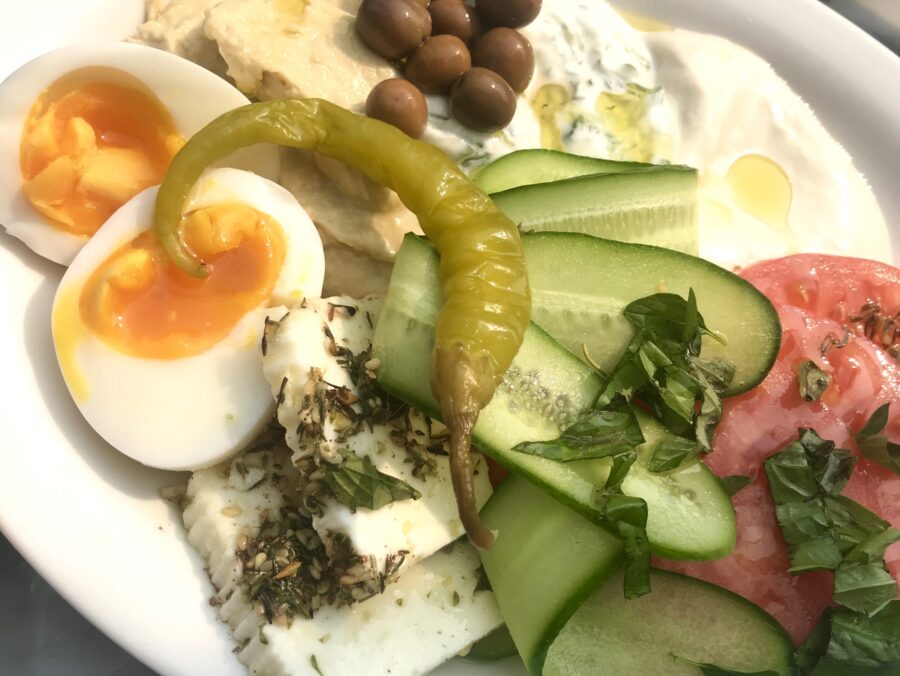 There’s an emphasis on simple and fresh ingredients without an overly complicated flavour profile.

The potato tortilla is thick and dense, paired with a side salad and preserved peppers (that are also for sale). The cheeseburger – it’s on the menu because, McGrenaghan says, every neighbourhood spot needs to have a burger – is two smashed patties with American jack cheese, their special sauce and sweet pickles between a toasted sesame bun.

One of the more popular sharing plates, the Mediterranean plate is a decadently layered affair with fresh hummus and tzatziki topped with runny soft boiled eggs, fresh tomatoes and cucumbers, tiny olives and goat’s feta from local farm Crosswinds. It’s served with a side of bread from Blackbird Baking Co.

Manita has an extensive wine list and full bar. They have partnered with Nile Coffee Club, a new upstart focused on sourcing coffees that link the African diaspora. They’re currently serving their first blend out of Montreal, fittingly called the Diaspora Blend, comprised of beans from Brazil and Ethiopia.

The restaurant also stocks artisanal goods and preserves, canned tomatoes and peppers, a variety of olive oils, fresh produce and cheeses. And they are one of the few places in Canada you can get the cult favourite hot sauce Secret Aardvark. They’ve made it so that if you can’t stop and eat at Manita, you can bring Manita home with you.

It’s a lot going on under one roof, but the multi-layered experience comes together pretty seamlessly.

Correction: An earlier version of the story incorrectly stated Manita is the sole Canadian stockist for Secret Aardvark hot sauce. The company has three other stockists in Ontario. This story has been updated.