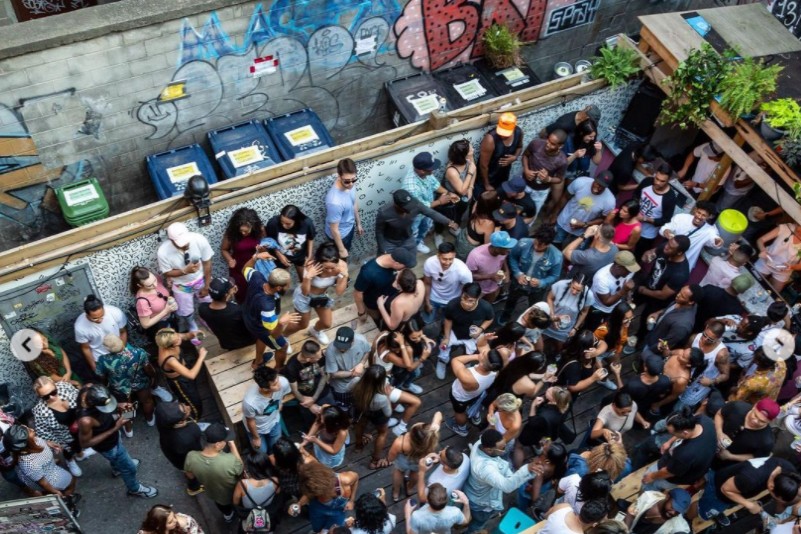 One of Kensington Market’s most popular bars is closing.

Cold Tea opened in 2010 and quickly established itself as a hot spot. Located at the back of a nondescript mini-mall and marked with a red light (and often a bouncer standing threateningly in front of it), it had a faux speakeasy “you have to know about it to know about it” vibe.

But soon many people did know about it, and lines often stretched throughout the hallway entrance. The name itself comes from a piece of Toronto slang, a code word that can get you beer after last call from some restaurants in Chinatown.

The bar built up its patio, where its Sunday BBQs became the stuff of legends. There was an omnipresent hip-hop soundtrack, and it was a solid spot to catch some great local DJs.

Cold Tea opened a second location on Queen West last year, but now that’s the only location. After a decade, the original in Kensington spot has called it a day. It’s not directly related to the COVID-19 pandemic, but rather an inability to secure a new lease with their landlord, the bar owners wrote on Instagram.

“We knew our lease was expiring at the end of 2020 and struggled with the landlords over the last 18 months to solidify a new one,” the owners wrote. “Unfortunately, and even after being a solid tenant for 10 years, and amidst COVID, they refused to be reasoned with. This is a tough pill for us to swallow and we fought hard.

“We have moved all our operations over to our Queen street location and look forward to continuing to work with a landlord who appreciates our efforts and sees what we are trying to accomplish. We look forward to seeing you there as soon as it’s safe to do so.”