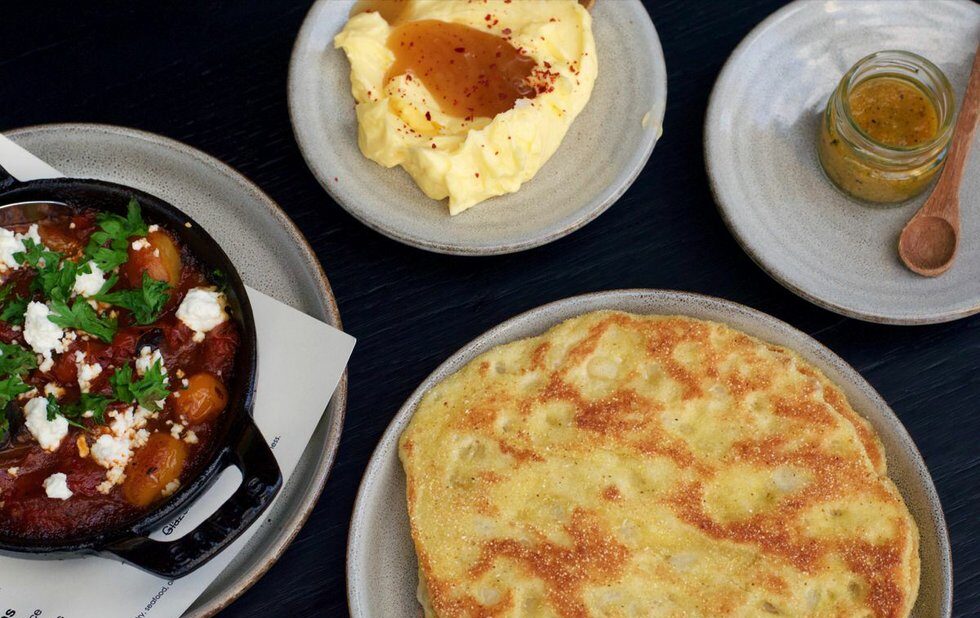 Every meal at Kojin should start with an order of the corn flatbread ($9-$17). “A lot of other Momofuku restaurants have their version of a flatbread, so it’s a fun company-wide idea that we’ve taken and recreated,” Navarrete says. “This one has hominy and corn, so it’s a take on a Colombian corn flatbread – but with a little English muffin, since it’s got that cornmeal on the outside.” They’re served hot and fluffy with your choice of toppings, like fire-roasted tomatoes with feta or spiced honey butter (specifically, grass-fed butter from Alliston with local honey).

Momofuku Kojin (190 University, at Adelaide, 647-253-6227, kojin.momofuku.com) has replaced Momofuku Daisho and Shoto on the top floor of Momofuku’s restaurant complex within the Shangri-La Hotel.

The New York-based food empire is synonymous with chef-owner-turned-media-personality David Chang and his irreverent brand of Asian fusion. But at Kojin, someone else is front and centre: Toronto chef Paula Navarrete, who worked her way up from sous chef at Noodle Bar to become the chef at Daisho.

“Dave has been nothing but my biggest supporter,” Navarrete says. When the decision was made to shutter the tasting-menu-oriented Shoto and large-format Daisho – mostly, she says, out of a desire to keep things fresh – she and Chang decided to collaborate on a new concept. “We wanted to do something together, and he really pushed me to think outside the box and really embrace everything about Toronto and my background. We talked about food, guest experience, service style, how to create a restaurant that has a story.”

Navarrete’s menu, in a way, is her own history, combined into three main threads: The food of Colombia, the country of her birth the influence of Toronto, where she’s spent years working in kitchens (including  learning butchery at Sanagan’s) and her time working at Momofuku. “Everything comes from a Toronto standpoint of bringing different ideas together,” she says.

The result is something decidedly different from many of the existing Momo kitchens. Though you’ll still find touches of kimchi and XO sauce, the South American influence drives the menu, as does the wood-burning oven that’s the cornerstone of the kitchen. (Kojin is the Japanese god of the hearth.)

“I’ve been surrounded by grill cooking for a very long time – not even cooking in the industry, but at home,”Navarrete says. Her family took frequent road trips when she was young, and BBQ cooking was a frequent occurrence.

She also pulls inspiration from local Ontario producers, adding that she’s worked with 100km Foods since the restaurant’s opening. “They do a great job of letting you meet the farmers, really getting to know them,” she says.

The menu changes frequently as items come in and out of seasonNavarrete is lamenting the end of tomato season but is pumped for chili peppers season to start. “We just start modifying things as items come available, she says. “I literally wait on the phone or look at my texts until someone says, ‘You can get corn now!’”

And, Navarrete adds, that wood-burning stove is an excellent way to showcase a high-quality ingredient.

“It’s a really original way of cooking – not as in cool, but as in, that’s the way everyone used to cook,” she says. “It feels warm – it feels like home.” 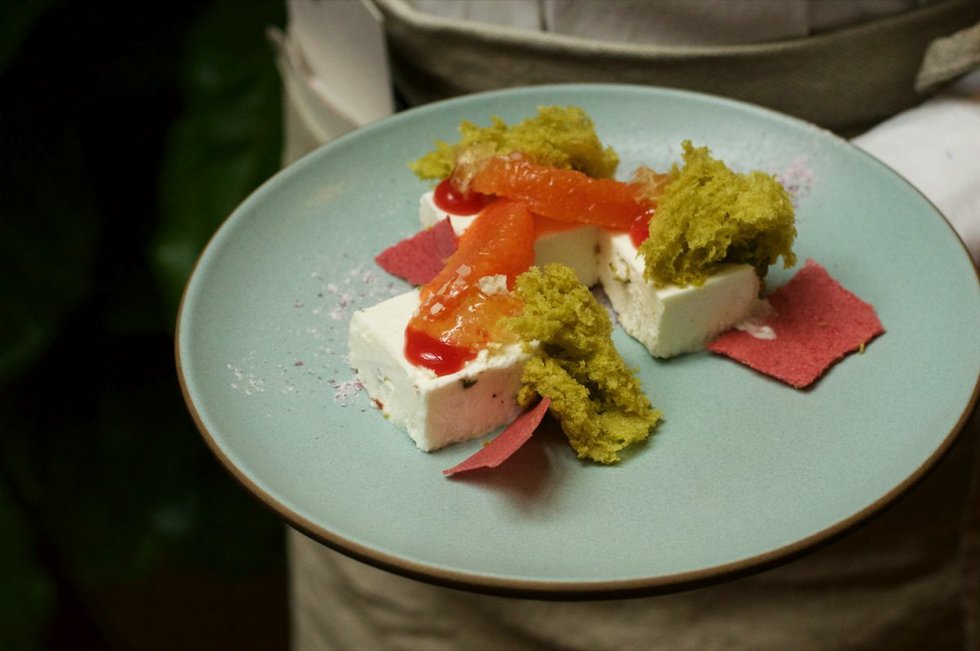 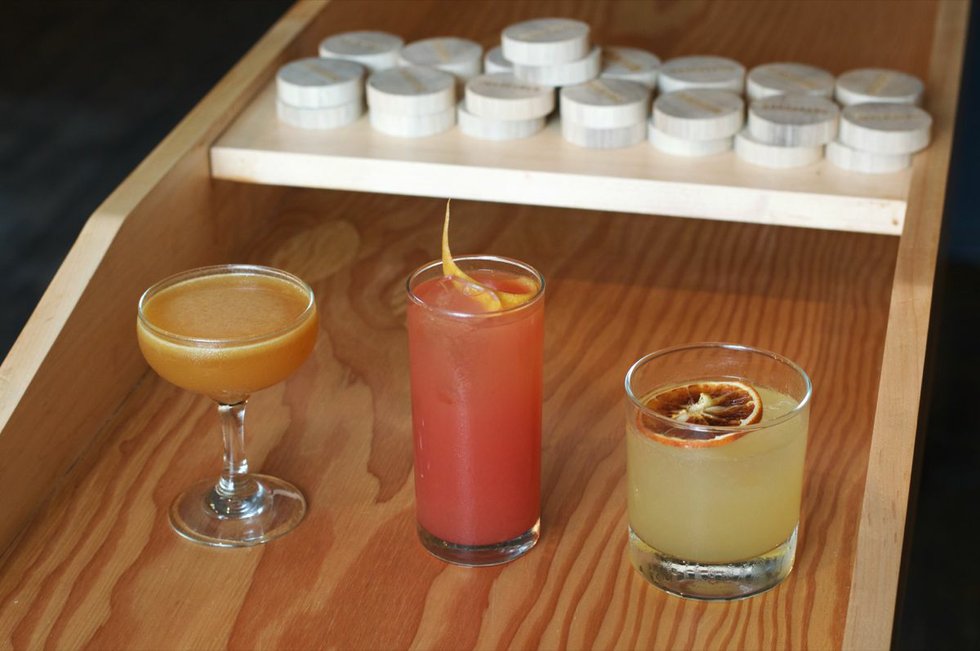 The meat menu features some serious showstoppers, like this 45-day, 15-ounce aged strip loin ($77). “All of our meat is from Ontario – not because Alberta’s not amazing, because I think there’s amazing beef everywhere, but I like to focus on the beef from Ontario,” Navarrete says. Steaks are aged in-house and sprinkled with a bit of salt and Montreal steak spice, then served with a green chili, house hot sauce and steak sauce, and a green peppercorn mustard co-created with Kozlik’s. 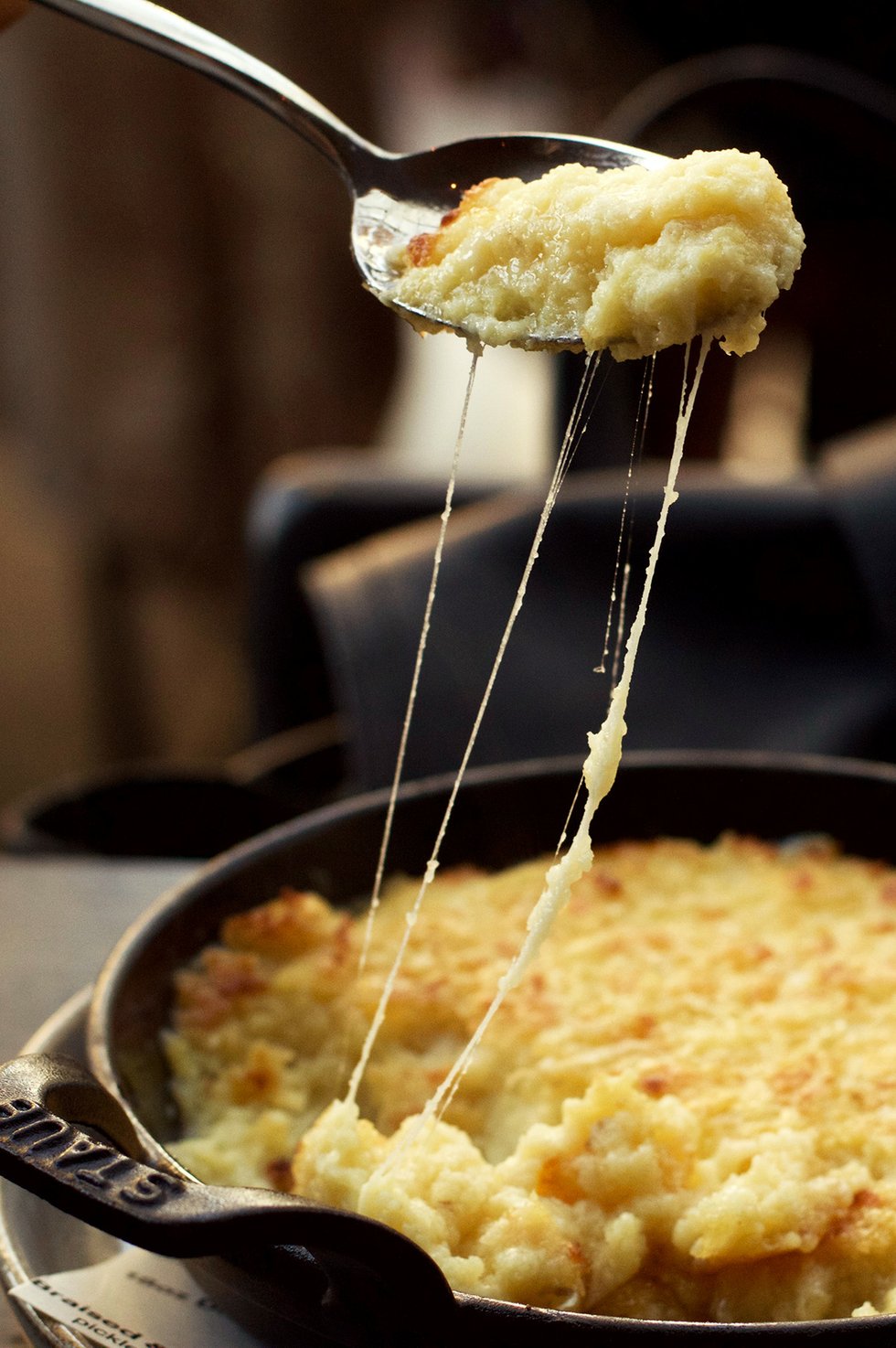 Tita’s Mash ($15), a take on a cheese-and-potato dish that Navarrete’s grandmother used to serve, is a cast-iron skillet of creamy, gooey goodness. 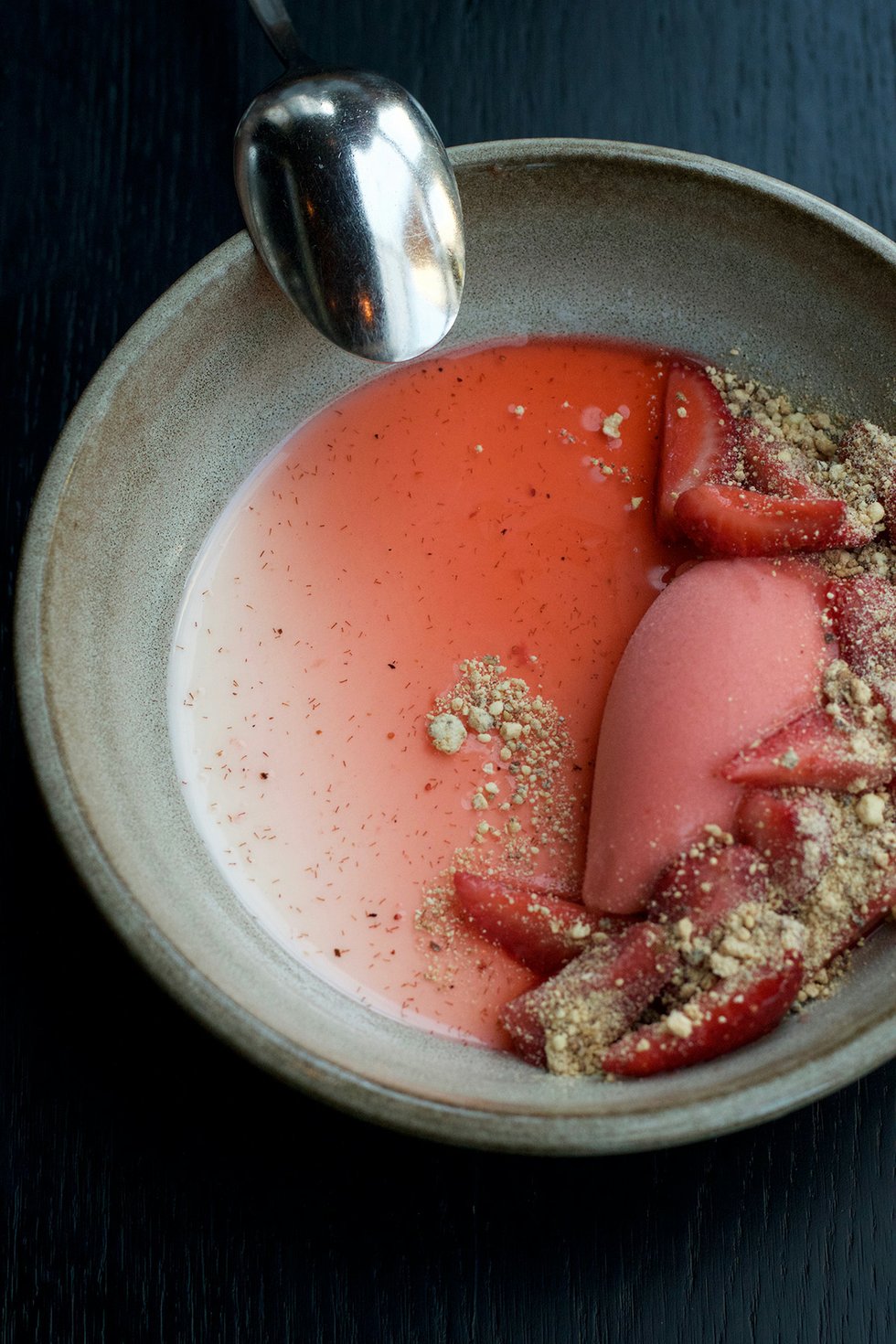