NishDish is closing on Bloor

Anishnaabe cafe and storefront will be leaving its Christie Pits location 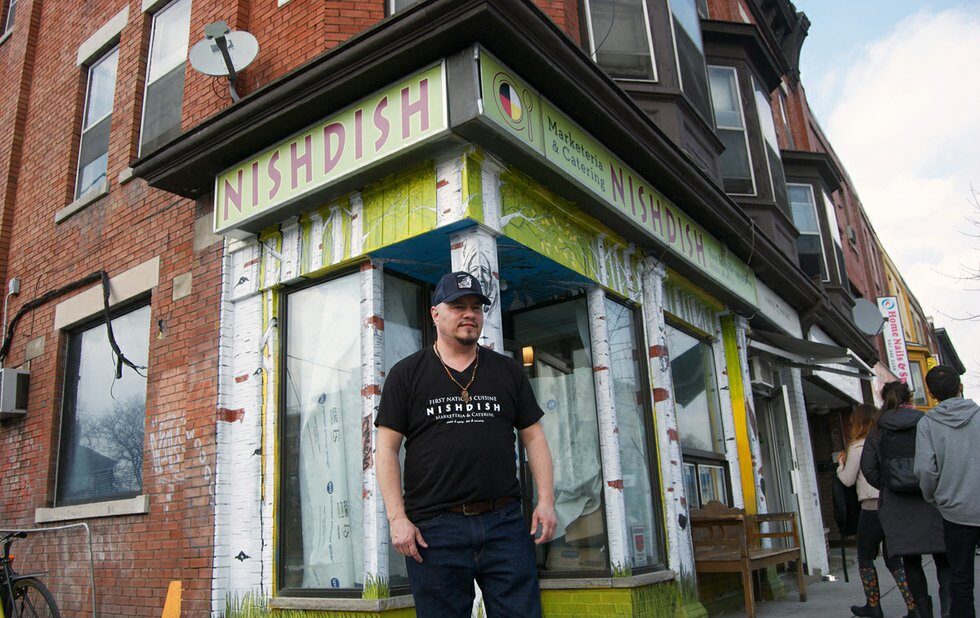 NishDish chef Johl Whiteduck Ringuette poses outside the restaurant in 2017.

NishDish, a cafe and “marketeria” that also served as an Indigenous food hub in the city’s west end, will be shutting down its storefront on Bloor after three years.

“We want to say chi-miigwetch to our community for showing so much love and support during three amazing years at our first ever storefront,” the restaurant’s ownership wrote in a farewell post on Instagram.

NishDish began as Johl Whiteduck Ringuette’s catering business 15 years ago, and the shop, which opened in 2017, served as a home base for the business’s catering operations, while also offering offered reasonably priced meals and Indigenous-made products to go.

The goal, the chef explained in an interview with NOW, was to improve community access to traditional Indigenous foods and push the broader goal of Indigenous food sovereignty.

The storefront, which previously served as the location of Tacos El Asador (who have since moved across the street) was meant to be at the core of what Ringuette hoped would become an Indigenous business district in the Christie Pits area.

Fortunately, it looks like the business will live on in a different form after the closure, with Whiteduck Ringuette launching a GoFundMe to help NishDish get through the pandemic. “Since we rely on large events and gatherings, we are hit hard by COVID-19,” he wrote. Donate here.