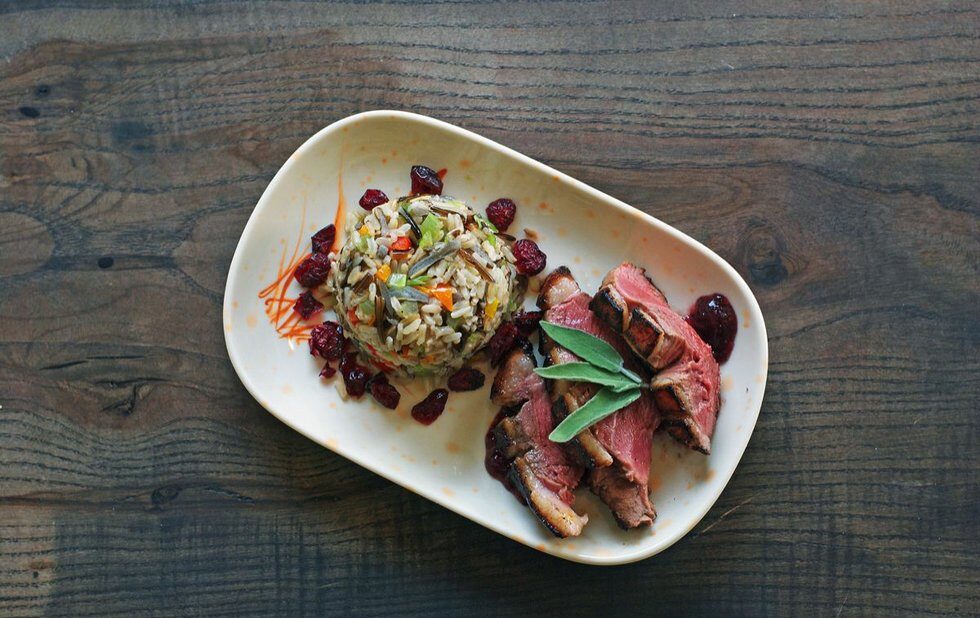 On the day I visit, a week or so ahead of NishDish Marketeria & Catering’s grand opening, the exterior is being painted with a beautiful mural of a birch forest.

Inside the shop, where the riotous reds and yellows of the El Asador space have been replaced by a soothing new-leaf green, the chef gives me a quick tour, rattling off the projects he has planned for the space.

There’s NishDish’s catering operation, which has been going strong for 12 years. (Even as the restaurant was being finished around them, Whiteduck Ringuette and his crew were cranking out 250-strong catering orders for the likes of the Canadian Opera Company.)

Then there’s the onsite miniature market of First Nations, Metis and Inuit handmade goods – beaded jewellery and art, maple syrup from an Ojibway-owned company, Mohawk roasted coffee. An opposite wall will have NishDish soups, stews and other products available to go.

There’s the youth mentorship program he’s starting with Native Child and Family Services of Toronto down the block, teaching Native youth culinary and small business skills (they’re culling 30 “amazing” applications down to 10). Among the projects the mentees will be helping with: an herb and traditional medicines garden in Christie Pits, and a Three Sisters garden (corn, squash and beans, staple crops traditionally grown together) at Ashbridge Estate.

There are also the cooking classes, the monthly art exhibits and the workshops featuring community elders and storytellers.

In short, he says, “People are calling it a restaurant – but it’s not, really.” 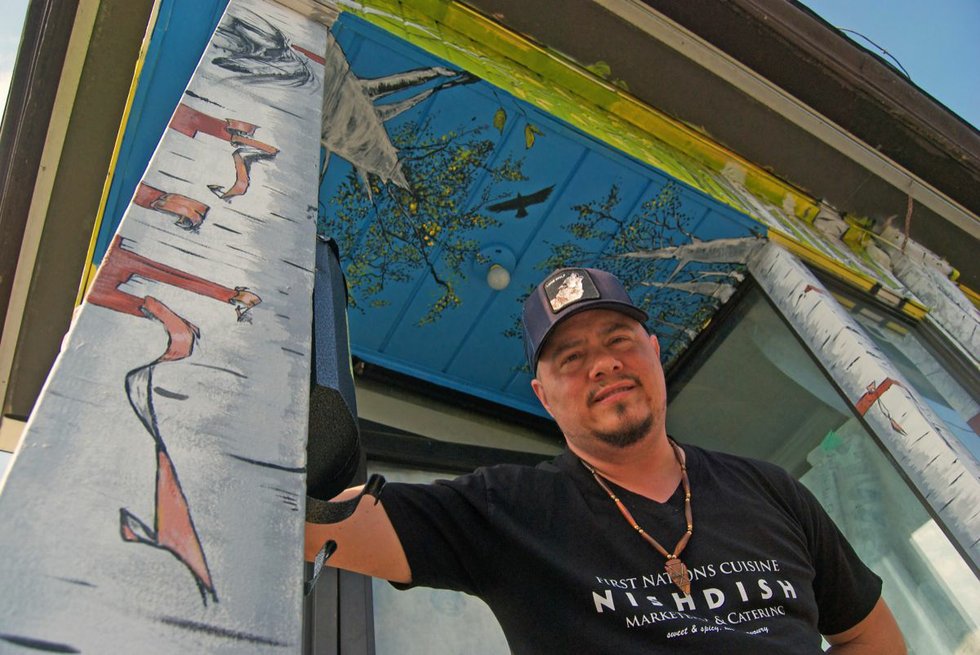 Talking to Whiteduck Ringuette, it’s pretty clear that the “marketeria” space isn’t just a platform for the Algonquin Ojibwe chef’s cooking, but for his life’s work: bringing traditional foods back to the Anishnaabe people and Indi-genous communities as a whole.

“This is largely a community space, and an education forum to bridge the gap of a lack of food understanding and knowledge,” he says.

Whiteduck Ringuette’s cooking, it must be noted, stands up beautifully on its own. I tried bowls of hearty ground-elk chili and buttery Three Sisters stew dressed up with dill – both served with biscuit-like baked frybread – that would make for a perfect lunch any day.

He also showed off his culinary chops with a flawlessly seared duck breast flanked by a blueberry sauce that pretty much knocked me off the dining room’s communal bench.

Whiteduck Ringuette says he’ll let the seasons, as well as catering plans, dictate what’s on the menu from day to day. But he wants to use that food, whether through dialogue, written literature in the shop or special events, to spur discussion with both Indigenous and non-Indigenous visitors, presenting them with the teachings and traditions that have governed and guided the creation of that food.

“Historically, [those traditions were] removed from us,” Whiteduck Ringuette says. “It was illegal for us to access them – hunt, fish, even get together two or three at a time to talk.”

The after-effects of colonization – reserves, government-issued food rations, residential schools – have driven a further wedge between Native populations and traditional modes of sustenance.

“It’s really a reclamation of our food sovereignty, bringing back our food, what’s best for our community.”

That legacy is part of why, though other Indigenous chefs (including Pow Wow Cafe’s Shawn Adler, and Joseph Shawana of the soon-to-open Ku-kum) have recently begun presenting traditionally inspired menus in Toronto, the NishDish team is a little wary of the possibility of Indigenous cuisines being packaged as an emerging local food trend.

“There’s a big difference between people having a viable commodification of culture and selling something that has mass appeal versus something that I know is the mission of the business, which is keeping Native food traditions alive – and also, making food that’s healthy for Indigenous stomachs.” 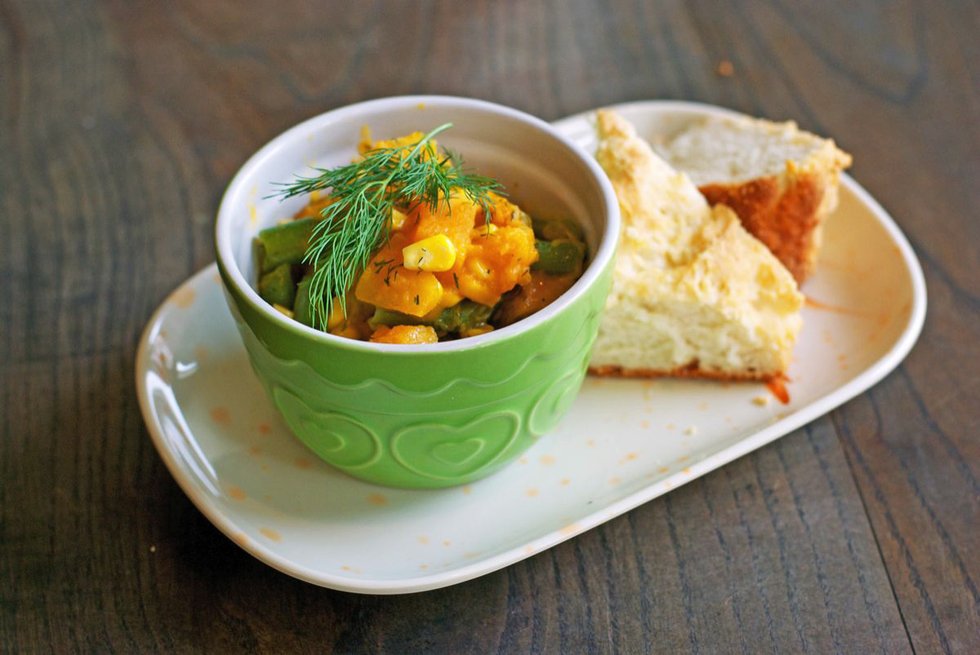 Whiteduck Ringuette sees access to traditional food as a way to mitigate a massive health crisis among the First Nations population. Recent numbers show 17 per cent of Indigenous Canadians living on reserve and 10 per cent of those living off reserve suffer from diabetes, compared to 5 per cent in the non-Indigenous population.

Additionally, though dishes like flour-based frybread are a staple in many Indigenous communities, Whiteduck Ringuette says, “we actually have a difficult time digesting wheat, because we haven’t been exposed to it long enough to be able to digest it well. Without even knowing that, that’s the most accessible food we had for years.”

The food at NishDish is focused largely on produce, grains and protein like elk, bison and fish. “We cook a lot without dairy. We don’t have gluten in anything,” Tuscano points out.

The producers of NishDish’s ingredients are also largely Indigenous, which builds more bridges between Indigenous groups and companies – though it can complicate sourcing.

“We have options to get different types of game, but it’s very hard to access – there are two or three suppliers I use, and they’re all out of the city so we have to go get it,” Whiteduck Ringuette says, adding that he has to find new suppliers for wild rice several times a year.

“The overhead of our food is really, really high – three times higher than anyone else’s, sometimes more than that.”

“It’s not a simple task, trying to create this food,” he adds.

“But that’s the whole education piece around it. How do we make our traditional food accessible to Aboriginal people and allies? How do we talk about why we didn’t have it in the first place, why it was taken away, what’s happened to our health now that it’s been taken away? How do we move past that and celebrate the fact that we now have reclaimed it and know what it is? How do we find it, source it and make it viable for all of our community?”

NishDish’s grand opening will be held Friday, April 28, at 6 pm, and will feature food by chef Johl Whiteduck Ringuette as well as performances by Thunder Jack, Josh Smoke, All Nations Singers and Lisa Odjig.