At Pride's street fair, vegetarian and vegan LGBTQ+ folks can enjoy NONA’s rainbow mac and cheese and other animal-free snacks 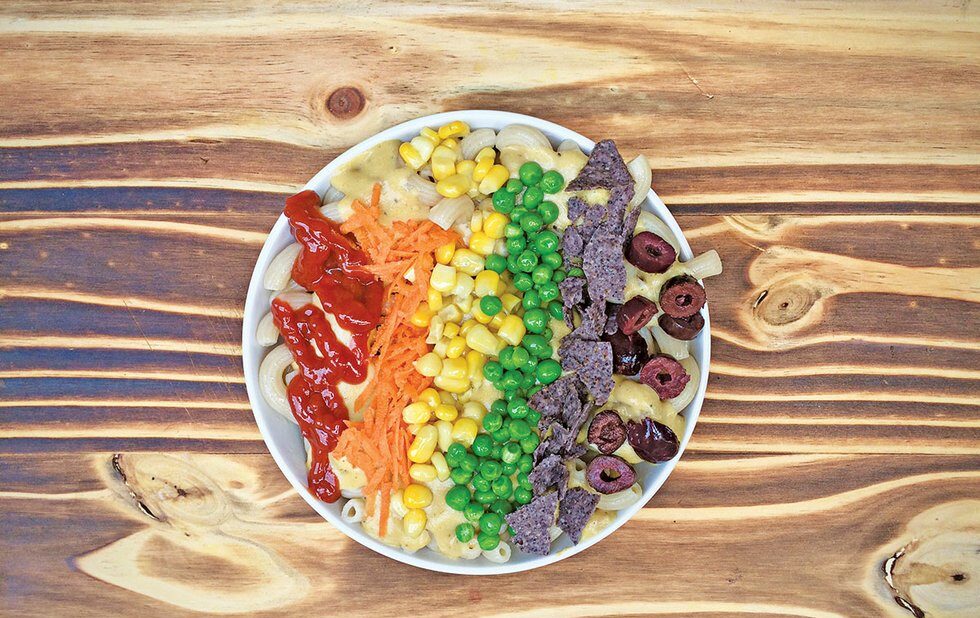 When you’re fuelling up for dancing, marching and partying, sometimes grilled corn and fries just don’t cut it.

Fortunately for hungry queer vegans and vegetarians, Pride Toronto is rolling out the Plant-Based Zone, a vegan-oriented food area, near Church and Gerrard at this weekend’s Pride street fair (June 22-24).

For the first time, the street fair will expand south of Carlton, all the way to Dundas, for what’s been dubbed the Art, Eco and Wellness Zone. “We really wanted to curate the space and own it,” says festival director Collin Joseph of the street fair’s larger footprint.

In addition to its usual lineup of street vendors (which will still be present north of Carlton – don’t worry, your funnel cakes are safe), Pride Toronto opened up the new zone in an effort to include more community groups, artisans and small businesses.

Sustainability advisor Tanya Bruce, who was part of the team that coordinated the newly expanded street fair, says the Plant-Based Zone came out of community consultations.

“We did a survey last year, and we asked about food: ‘Are you plant-based? Meat-based? How do you find the food?’ The results showed that we definitely needed to diversify and create more options.” Plant-based dining was at the top of the list.

“There’s definitely a vegetarian and vegan community within the LGBTQ+ world, and that was a space that was not really available,” says Bruce, who is vegetarian. The aim, she says, was to create “eco-queer” spaces where ecology, art and commerce intersect. “I think it’s an easy way to make a good impact on the world.”

Dundas West’s VegHeads will bring soups and salads, while newer outfit Wholly Veggie, which focuses on vegetarian patties and vegan snacks, will offer samples at their booth. Juice- and smoothie-makers Tropic Love, who Pride-goers may remember from last year’s fair, now have a “tropical chill-out area” complete with electrified palm trees.

A few other companies whose missions align with the zone will also be there. Tenfed, a T-shirt company aimed at eradicating childhood hunger and malnutrition, provides 10 meals for every shirt sold (so far at 80,000 and counting). Wully Outerwear will be hawking animal-product-free coats, and Buff Naked will be offering vegan skin care.

For Joseph, the Plant-Based Zone is just one example of a broader direction he sees the festival taking.

“We’re hoping to expand the idea of a more curated Pride in the future,” he says. “We’re starting with our footprint – Pride’s a festival that’s sort of outgrown its original registration. We’re looking at maybe being a bit more thoughtful when it comes to the types of food we have available, keeping it as diverse as possible. That extends to the types of exhibitors and vendors we have, the types of artists we reach out to. Just being more thoughtful about who’s participating.”