Restaurant culture in Toronto is due for a reckoning

In his new book, Corey Mintz explains why major change coming for the food industry 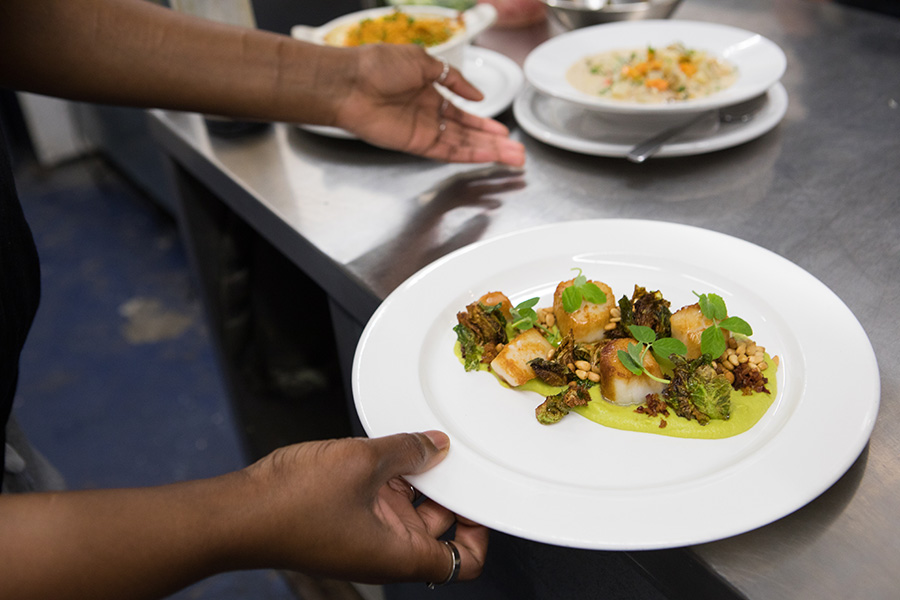 Restaurants sell food, but they also sell fantasy. For the length of one meal, you don’t have to think about groceries or dishes or, depending on how fancy the restaurant is, even filling up your water cup. Someone else does it for you, sometimes without you even noticing, as if by magic.

Even delivery now feels like magic. You pull up an app, tap a few things, and in a half-hour your dinner is in front of your door. Sometimes the spot you’re ordering from doesn’t even really exist as a brick-and-mortar business.

Of course, it’s not magic. Toronto’s vibrant and diverse food scene relies on people – the people who make the food for minimum wage, who risk COVID to serve it to you, who deliver for Uber Eats, the workers who do gruelling labour on farms to get the meat and produce to the restaurants in the first place. We’ve been trained not to think much about those people, instead focusing on the food on the plate.

“A really nice restaurant is basically your ability to buy the experience for a couple of hours of being a rich person,” says food writer Corey Mintz on this week’s episode of the NOW What podcast. “A truly wealthy person who wakes up, has a person who cleans their bed and a person who makes them breakfast and, other than the bathroom, they don’t have to do anything by themselves. For $100 or $200, you buy the experience of what it’s like to be, I don’t know, Vin Diesel.”

For years, Mintz has been thinking about the people behind the experience. Writing for the Toronto Star, Globe and Mail, Eater, TVO and elsewhere, he’s been looking at restaurants from a labour perspective. That was once a hard sell to the average diner, but like so many things the pandemic has exposed the issues that already existed in the restaurant world: high commissions for third-party delivery apps, underpaid employees and a toxic work culture that people are finally feeling empowered to reject.

Soon, the elimination of the sub-minimum wage for liquor servers (i.e. waiters and bartenders) will also mean a reckoning with the practice of tipping – a social custom that comes with all sorts of inevitable issues.

In his new book, The Next Supper, Mintz writes about this pivotal moment in restaurants and their possible future – why restaurants need radical change and why they might not have a choice.

“In order to pay people a liveable wage’ the prices have to go up, and the only way to make that palatable to consumers is to bring them in on the conversation and say, ‘here’s what your money is paying for,'” says Mintz. “It can be a conversation about [how] the industry needs to change, not just financially but socially, and we can be a part of it.”

Mintz will launch The Next Supper with a virtual event next Wednesday, November 24. It’s free to watch (register here), or you can order a charcuterie platter from Richmond Station, one of the major proponents of a no-tipping restaurant model in Toronto.

During the pandemic, I’ve been reporting on some of the same things Mintz writes about in his book. His writing was actually a major influence for me to look into these issues. So NOW What host Norm Wilner decided to put us together for a conversation diving into dining culture.