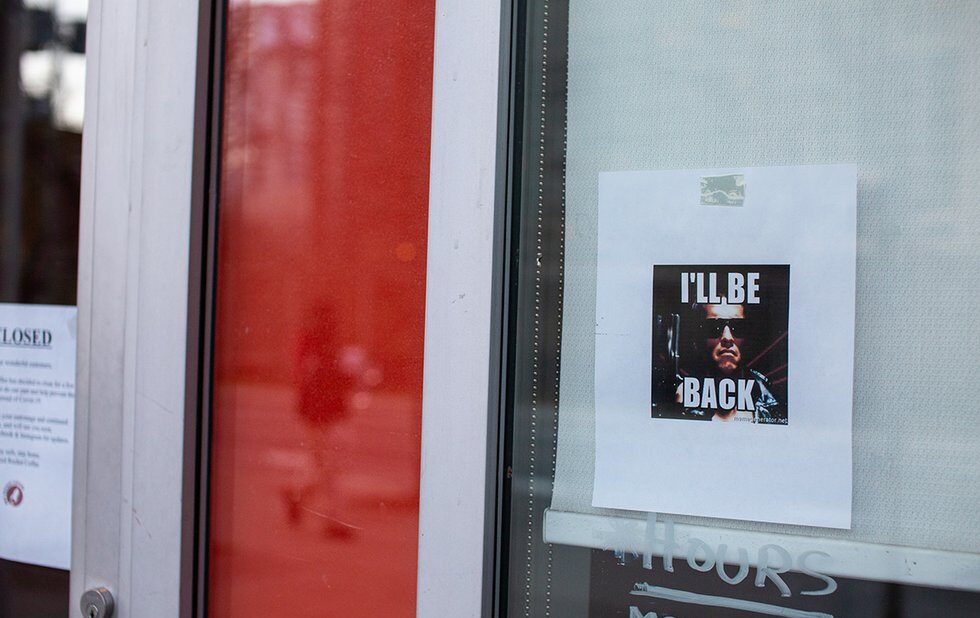 One out of every two independent restaurateurs are not expecting their businesses to survive the COVID-19 crisis if existing conditions continue, a new survey from food service industry group Restaurants Canada suggests.

The survey added that 75 per cent of respondents are either “very concerned” or “extremely concerned” about their current level of debt.

“Everyone seems to be worried equally, I think, from the biggest corporation to the smallest person,” says James Rilett, the group’s vice-president for central Canada. “When you see (the numbers) laid out that starkly, it can’t help but shock you a bit.”

The survey comes on the heels of numbers released by the Broadview-Danforth BIA, which state that 61 per cent of Toronto small businesses surveyed could close in as little as three months. At five months, that number was project to escalate to 76 per cent.

The numbers echo persistent cries for government aid from small businesses in Toronto and elsewhere. Local spots like Shore Leave, Vesuvio’s and the Hideout have already received eviction notices or elected to shut down permanently.

Their last survey, he says, was conducted in February: “We were already starting to see some changes – Chinese food concepts were already seeing a hit – but then we saw the deep cliff in the middle of March.”

The group is calling for a number of supports to business owners, including a freeze on evictions and lockouts for commercial tenants, rest assistance “at a percentage in line with decreased revenue”, and measures that keep going after restaurants are allowed to reopen.

Last week, the federal government announced the Canada Emergency Commercial Rent Assistance program for small businesses. The program is set to provide loans to commercial property owners, who in turn would lower or forgo rent for April, May and June, but exact details have yet to be released.

“Hopefully the details come soon, because next month’s rent is due in a week,” Rilett says, adding that even if relief itself doesn’t come right away, businesses can use that information to sort out arrangements with their landlords.

“Whatever mechanism it is – it can’t be in the form of loans. That would just move the debt down the road, and hit them in a couple months when they’re trying to get their feet back under them.”